A YOUNG soldier on the Western Front, Tommo Peaceful, as he awaits his execution by firing squad, looks back on the whole of his life. This is Private Peaceful, a deeply moving story by War Horse author Michael Morpurgo.

Private Peaceful comes to the Town Hall Theatre next week in a gripping stage production, adapted and directed by Simon Reade. It previously toured Britain to wide acclaim; The Scotsman, in a five-star review, declared the "horrors of war and the joyfulness of life are bound up together in this magnificent show".

Simon Reade has an impressive track record in bringing classic novels to the stage with his credits including Pride and Prejudice, Midnight's Children, and Ted Hughes's Tales from Ovid. I ask him whether his adaptations have tended to be commissioned pieces or does he initiate them.

“Sometimes I pitch an idea and if people are interested they commission you to do it,” he replies. “I’ve never written an adaptation just ‘on spec’ hoping someone would pick it up. With Private Peaceful I effectively commissioned myself because I first did it 14 years ago when I was artistic director of Bristol Old Vic.” 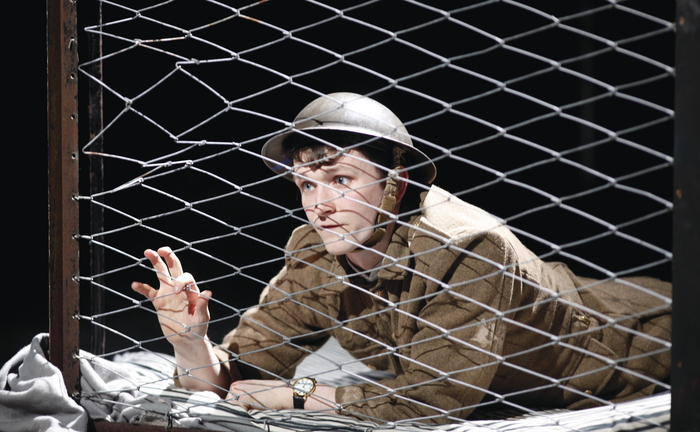 The success of that original staging led to Reade writing the screenplay for the 2012 film version of Private Peaceful and his connection with the material now sees him on board for the play’s first Irish outing, jointly presented by Verdant and Pemberley Productions.

“The novel focuses on one young man looking back on his life in the last hours before he has to face the firing squad at dawn," he says. "The purest way I saw to adapt it for theatre and being true to what Michael had written was to have just one actor reliving, in his imagination, everything that had happened to him up to this point in his life. Because of the success of that show, I was commissioned to write the screenplay for the film as well as a radio version, and there is also a full-cast stage version which gets done in schools a lot. Now we have this great Irish production with Shane O’Regan in the title role.”

Reade expands on the character of Tommo Peaceful and his circumstances: “He is the youngest brother of three and grew up in rural Devon. When he was very young he was out in the woods one day with his father who was a forester. His father was chopping down a tree which was about to fall on Tommo but the father pushed him aside and the tree landed on him instead, killing him. 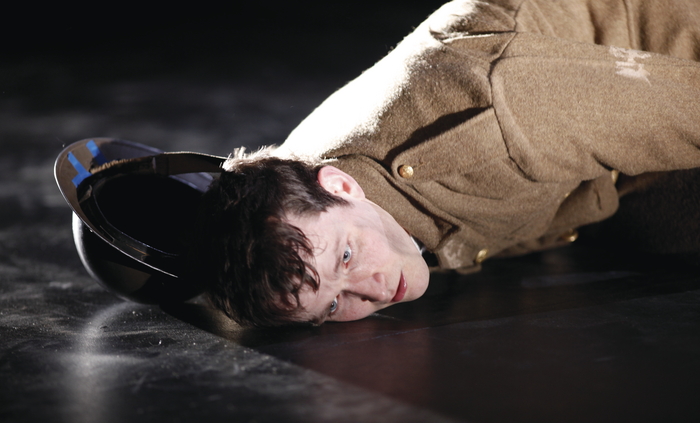 "Tommo is haunted by his father’s death and feels that he was responsible for it. He also really looked up to his elder brother Charlie, they both become close friends in school with a girl Mollie but when they get older Charlie and Molly fall in love and Tommo is devastated when he finds out. At the outbreak of war, Charlie enlisted and Tommo decides to follow him.

"There is a lot of stuff there about fathers and sons, sibling rivalry, unrequited love, love triangles. The first half of the story is all about this boy growing up in Devon and then the second half is the reality and brutality of fighting on the Western Front where you were just cannon fodder and it becomes a powerful First World War story.

“Michael Morpurgo is writing both for young people and for older people who can recapture their childlike imagination. Like any good storyteller does he puts people into extreme situations, and how much more extreme can you get than war which is literally a matter of life and death. He developed an obsession early on with the First World War because it was a war where millions of people died, and when he started writing about it, there were still people living in his village who had fought in it. 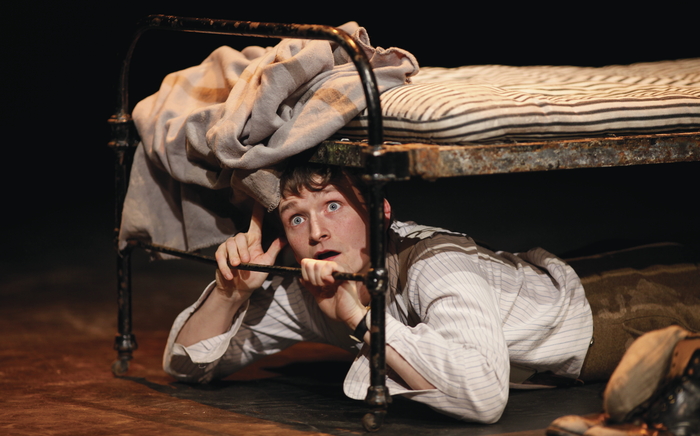 "What has been really interesting about making this play in Ireland is getting to know what is familiar to Irish people about that era but less so to me as an Englishman. The world was on the cusp of change and what Private Peaceful shows is this world of the privates who went out and fought and weren’t going to take this authority and hierarchy anymore in the same way that Ireland threw off British rule. There are a lot of parallels that made it good to be doing the show here for the first time.”

Reade tells me about Shane O’Regan who performs the play; “Shane recently graduated from the Gaiety School of Acting. While researching the play, he and his father went out to Ypres and the Menin Gate and the war cemetery, and his father told Shane there were members of their family buried there which he hadn’t known at all. Shane acts all the other parts in the story, not just Tommo Peaceful. It’s a very versatile and compassionate actor that can empathise with so many characters – he portrays 42 altogether - in a play. Shane has a great energy and natural talent to take this on.”