The Skeff Late Bar and Kitchen has a MEGA competition running on their Facebook page at the moment. This one will surely put a song in your heart.

Excitement is mounting on the Facebook page with fans tagging their friends and posting comments about which tickets they would prefer to win. It seems that some entrants have a real preference to attend the Take That concert or the Robbie Williams’ one and others would be just thrilled to win tickets to either one!

Entry to the competition is as simple as entering your details here and letting them know which tickets you’d prefer to win. Brian O’Toole, Manager of The Skeff Late Bar & Kitchen says that while they cannot guarantee the winners will receive the tickets they have selected while entering, that they will certainly do their best.

So have No Regrets; enter today and if you are selected as one of the winners it may very well be your Greatest Day. 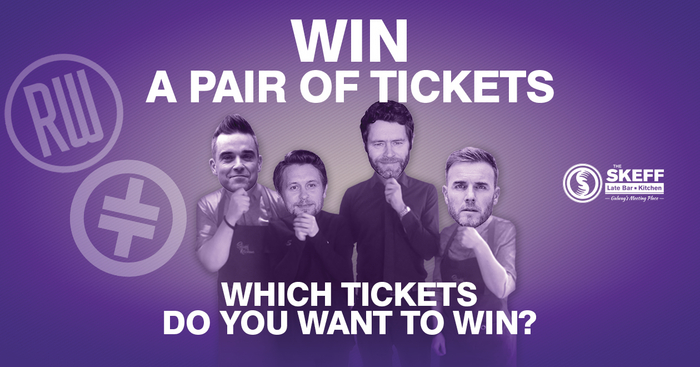