THE DEAD, James Joyce’s best-loved short story, has been given a thrilling new operatic treatment by the much-acclaimed company Performance Corporation, which is bringing it to the Town Hall Theatre, next month.

Cranitch and Swift have created a pared back musical re-telling of The Dead that is by turns theatrical, hilarious, and tragic, and takes audiences on an exploration of life, love, and death.

“Ellen and myself have been friends for a long time though we had never worked together but we’d always said it would be good to do a project,” Swift tells me as he describes the show’s genesis. “We then got a bit of Arts Council funding to develop an idea and when we were looking around for a work to adapt The Dead seemed perfect. It’s a story we both love and it has so much music and musical references in it, it lent itself immediately to the idea of this adaptation.

"As a story, a lot of The Dead is internal, it describes Gabriel’s inner feelings and we felt, with an operatic version, you’d have permission to stand and sing out your inner feelings - that’s part of the genre. Whether you want to call this piece opera or music theatre, it felt the right way to go about it. We’ve had conversations with people who’ve come to the show and everybody has a different opinion as to what it is, is it an opera, a piece of theatre, or something in between. From our point of view it was important the music was accessible as well as being excellent. We’ve had lots of different audiences, from opera buffs to people who’ve never been to the opera at all, and everyone enjoyed it equally. What we’ve concentrated on is letting the music tell the story.”

Swift once plied his trade as a broadcast journalist with Galway Bay FM before moving to Today FM in 1997 for which he still works. He and Jo Mangan founded Performance Corporation in 2002 and the company has produced many of his plays, including his energetic adaptations of literary classics like Voltaire’s Candide (winner, 2002 Irish Times Theatre Awards, Judges’ Special Prize ), Gogol’s The Nose, and now The Dead.

“There are two sides to the show,” Swift says, describing the music in The Dead. “The melodies for Gabriel’s inner thoughts have a definite colour to them; they’re a little more solemn and a little more tortured. Then, on the other side of that, The Dead is about a Christmas party and there is a lot of jollity and festivity, and that’s also reflected in the music, particularly for those parts where there is interaction and dance and food.

"Ellen captures the musical spirit of those pieces by going back to the references in the story to music hall and old opera and popular ballads and she really catches the energy of the gathering. What struck me very strongly when I went back to read the story was how funny it was and how many comical characters there are in it amid the introspection. That’s the beauty of it, it captures all of life and, despite being a short piece, it brings you on a journey that shows you the highs and lows of trying to get through life and then hits you with a sock in the jaw at the end.” 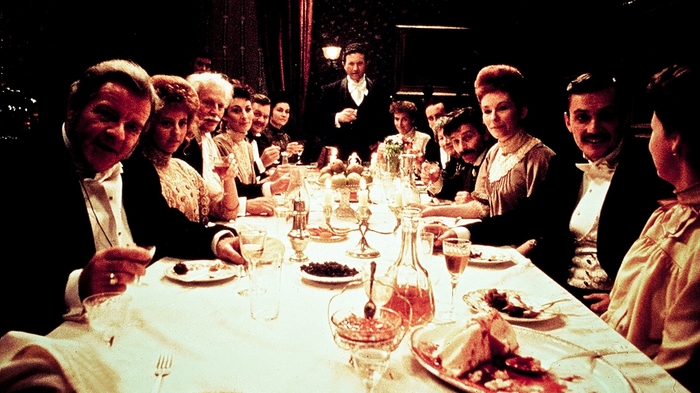 While Joyce’s story features considerably more than four characters, how does Performance Corporation manage to stage it with just four performers? “It’s a case of having an amazing cast who are geniuses at portraying different characters,” Swift notes. “We have a tradition of using smaller casts but with each actor being able to take on four or five different personas.

"Rory Musgrave, as Gabriel, stays the same while the other three performers - Clare Barrett, Kate Gilmore, and Ruth McGill - take on multiple roles. That can be humorous, but there are also moments when the switches from character to character have real pathos. It was great being in the rehearsal room and watching the actors create those different characters and shift from being a doddery old aunt to Freddy Mallins, the drunk, at the flick of a switch.”

Swift intends to delve further into the opera genre; “I did a residency at Aldborough Music which is a foundation Benjamin Britten set up. That course was about writing for opera so I worked with various composers on that and I’m currently working on a more definitely operatic piece with the German composer Ben Scheuer. I’ve always felt that the type of writing I do is about the rhythms and the melodies of the words. It has a similarity with music so opera is something I always wanted to do, and it’s fantastic to see it on stage with singers who give that extra dimension to the words you have written. In this case they are words based on James Joyce so I’m surfing along on other people’s work!”