SO COW'S last album found him pondering the effect of his thirties, both personal and social, on his life, but his latest opus is full blown self consciousness about middle age, social anxiety, and backaches.

Co Cow's fifth album, Lisa Marie... was recorded in An Spideál, to where Brian has recently moved. "Turning inexorably towards middle age, I have seemingly decided to quit city life and spend my days stuck behind 80-year-olds on rural roads," Brian muses. Indeed the experience of getting used to living and working in a new location drives the wonderful opening track, 'What Makes A Man Start Gorse Fires' ("not a hurler nor a churchgoer...nor a man who knows his fishing vessels" ).

"I've no idea what effect the move has had on the writing and recording of the album," says Brian, "except I'd go for walks undisturbed, get some sea air, just stuff that makes life seem a bit better. Also, I got to play guitar a bit louder as the walls are fairly thick. That's a practical development I guess. It's a grand place to be. I'm not yearning for the city of anything. I'm in there every bloody day anyway."

An Spideál was also where The Waterboy's Mike Scott recorded the game-changing Fisherman's Blues album in 1988. Is the re-location to the Connemara coastal town an indication Brian is about 'to do a Mike Scott'? "If by that you mean make a lot of money and quit the day job, then yes, whenever possible," he replies.

'There's so many areas of life where you have no control'

While '...Gorse Fires' and 'Asleep On The Bus' tackle the push and pull of 'city v country living', Lisa Marie Airplane Tour is essentially about anxiety. "Written in the midst of it, but before actually being aware it was the issue," says Brian. "OCD thoughts make a bus journey to town increasingly impossible, social anxiety makes ordering a pint at the local bar a drawn-out task of Herculean proportions."

Reflecting further on this, Brian notes how the mid-30s is "a great time to be a hypochondriac" and how it also sees the onset of that uncomfortable reality of "time speeding up as you get older".

"I hang out with the lads in Oh Boland a lot, they're all 23 or 24...I kinda feel they've been 23/24 for about four years now, while I've raced through my early thirties like a maniac," he says. "Much as I'd like to sit down and write songs about Australia's immigration policy or fracking or something, I can only ever really write about immediate horror, like pulling a muscle in your lower back reaching for a can of chopped tomatoes. I guess that's why I'm where I am and Hozier is where he is. He's more sense than to write about that stuff." 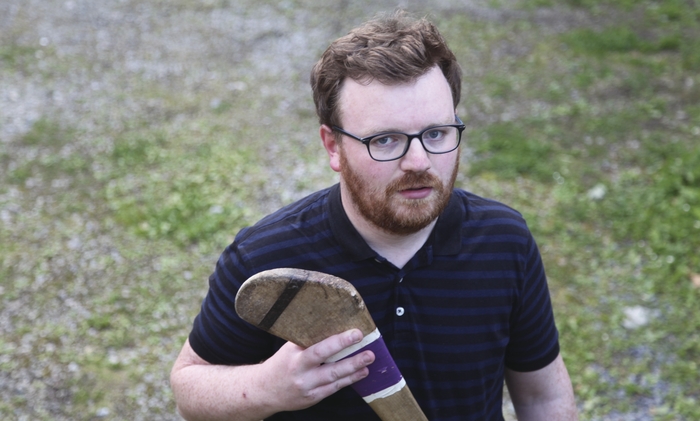 However a hallmark of all So Cow albums are their energy and humor - middle age and social anxiety have certainly not put a dent in these facets of Brian's artistic and personal self.

"There's so many areas of life where you have no control - work, basically," he says. "You just end up having to eat it and take falls for other people. I think everyone needs an interest to call their own. A passion or whatever. And when you have that thing, it makes far more sense to actually enjoy it and have fun with it than not. Because God knows you'll be on someone else's clock again soon enough. Same with social anxiety...it can spring on you at a second's notice, it can ruin a week. But when I'm just recording or trying to figure a song out on my own, it's a total relief from any chance of that."

'There's only so much 16th century linen'

Brian's description of the album as featuring "huge quantities" of the "same noisy pop feeling and spirit that runs right through all previous So Cow LPs" is accurate and his winning ability to create highly melodic, off-kilter catchy, rough and ready indie rock is very present and correct. While Brian cites Game Theory, The Chills, Nick Lowe and The Soft Boys as inspirations for Lisa Marie... I'm also hearing the Replacements and Radio City-era Big Star.

"I walked around Barcelona for two or three days on my own last December listening to nothing but the Replacements," he says. "My copy of Radio City is five or so feet away. Both huge influences. Both have a streak of self-sabotage to them too, which I totally get, a kind of willfulness that makes for interesting music." 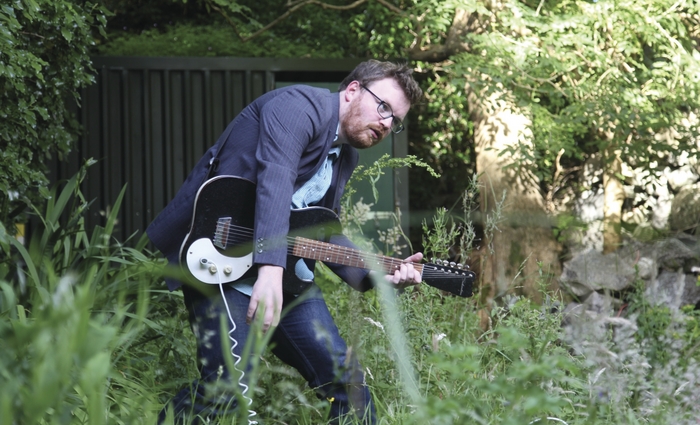 Unlike 2014's The Long Con, where Brian played as part of a trio, Lisa Marie finds him returning to the 'one man band' set-up of his earlier releases, as well as undertaking all mixing and production duties. What were the challenges, and opportunities, Kelly encountered, going from band leader back to solo performer?

"It's an interest, a hobby...so it's really not changed since say 2005, in that I get to hang out in whatever the spare room is and make something," Brian tells me. "I've been chatting with a few people recently about identity crises. I never really got what that was about, but I can see it now when people give so much to their work they forget what they're actually about themselves. I'm glad I have music, and that it's affordable, easy to make, and put out there. And it's limitless. I guess if my hobby was collecting 16th century linen or something, I'd get pretty disheartened fairly quickly. There's only so much 16th century linen."

Lisa Marie Airplane Tour has to be among the funniest and most enigmatic album titles of the year. What is the inspiration for it? "The title comes from a sign near the entrance to Graceland in Memphis," says Brian. "It's Elvis' plane. I wasn't inside it or anything. I just like the combination of words. It's the correct number of syllables. There's an Australian group called Eddy Current Suppression Ring (listen to the song 'Get Up Morning', in the morning ) and it made me think of them. Also, album titles tend to veer towards the bland and vague or the functional these days. I just saw Kings of Leon have called their album WALLS. I mean, Jesus!"