IN FEBRUARY 2015, three British-Muslim teenagers, Shamima Begum, Amira Abase (both 15 ), and Kadiza Sultana (16 ), ran away from their homes in Bethnal Green, east London, to join ISIS in Syria and become 'jihadi brides'. The incident prompted inevitable questions about the nature of Islam and accusations that extremist tendencies and behavior are endemic within the religion.

However the British-Asian comedian Shazia Mirza offers a very different, indeed, challenging counter argument, which she explores in her stand-up show, The Kardashians Made Me Do It!, which she performs at next month's Vodafone Comedy Carnival Galway.

This is comedy with very serious things to say, as Shazia argues Islam is not the problem it is presented to be and that the root causes of young people joining ISIS lie more in social conservatism, disadvantage, and restriction. "I just present a different way of thinking about things, based on my knowledge of growing up in this culture," Shazia tells me during our Monday morning interview.

'This is not something people want to hear'

As a Muslim, and a former east London schoolteacher with many years experience, "teaching many of the girls like the three who ran away", Shazia saw the problem had little, if anything, to do with religion, but was a product of deeper, more troubling socio-cultural factors - strict parenting, adolescent fantasy, the natural teenage urge to rebel against parental authority, and ISIS's insidious abilities in online grooming, propaganda, and the presentation of a romantic, heroic lifestyle, to young people with limited options. 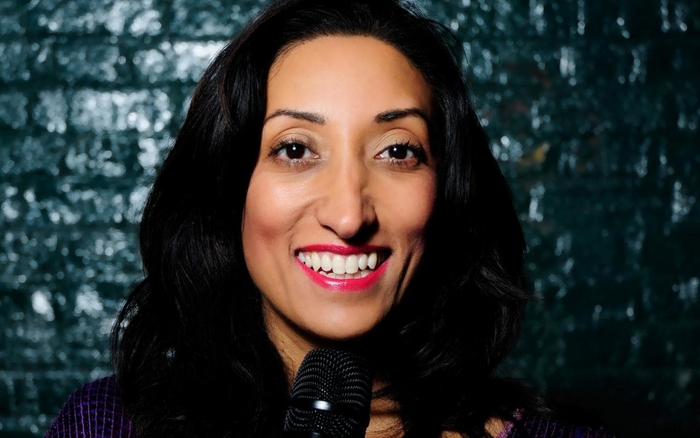 "I didn't teach those three girls, but I taught many girls like them, and I know they never spoke about religion and politics. I taught thousands of children from many different backgrounds and in all that time, I never met a 15-year-old who was more interested in religion than sex. They only really speak about boys.

"These girls knew they would have marry within their own culture, from someone picked by their parents. I was brought up very strict, not allowed to have a boyfriend, go to clubs, have sex before marriage. You don't feel like you fit in and belong, and days before one of those girls left for Syria, she Tweeted, 'I feel like I don't belong in this era'.

"Every teen feels like they don't belong and if you can't live a life like your friends, you feel isolated, you ask, 'Why can't I do what my friends are doing?', and I think this is what happened. These girls were dying to fall in love. They were being groomed online which is what ISIS do. Many Muslims have a romantic view of what they present, that it's a club where you belong and it's all Halal."

Arguing that the phenomenon of 'jihadi brides' and young people joining ISIS (only a tiny number of Europe's Muslim population has actually joined the terrorist group ) lies in factors like skillful use of digital media, run counter to dominant western narratives of Islam as a religion with deep rooted problems, or that it is, by its very nature, extremist.

"This is not something people want to hear," says Shazia. "People want to hear Islam is barbaric, but that is rubbish! It's people who have not read the Qur'an who say those things. ISIS are not Islam. They have nothing to do with Islam. These girls are going over there thinking they are going to marry a Muslim, but these are 15-year-olds who will not have read the Qur'an and have no knowledge of the Hadith, of which there are 8,000. It is impossible for a child to know that in any depth. It's something you have to live, and spend time with, and study, and think about, and know about. That's why my parents generation are not joining ISIS."

The Kardashians Made Me Do It! has proven a phenomenal success, garnering enormous critical acclaim (the Mail On Sunday called it "as brave a piece of comedy as you'll see", while The Telegraph described it as "brave and urgent" ), forcing audiences to rethink their positions on these issues.

"Usually my audience is gay men and Guardian readers," says Shazia. "This is the first show where Muslim men and women - women in hijabs, niquabs - come to see me in London. I've never had that before. And I was ready for some criticism and hate mail, but I got absolutely nothing, nobody challenged me or questioned me. I was shocked about this.

"Instead, the emails I have had have said, 'Thank you for making me see things in a different way', or 'I never thought of it like that'. I've had a lot of people say that, because people, the media, TV, certain newspapers, ram these thoughts down people's throats - that Islam is barbaric, that Muslims want to kill us, and that's what it says in the Qur'an - so you believe what you are told. It's very few people who actually question things and that's the problem. The people who don't question things are those who are prepared to accept things as they are and whatever they are given.

"My point of view does not fit the media narrative it has created about Islam, but when audiences hear what I have to say, they often tell me, 'What you're saying makes sense to me, I understand more about this now.'"

A central thrust of Shazia's show is to ridiciule ISIS and use humour to dismantle the message they peddle. She is aslo concerned to tackle the ugly phenomeon of Islamophobia. Some contend that 'Islamophobia' is a "non-word", and that criticism of a belief system is not the same as criticism of an ethnic group - respect people, but not their beliefs'. This view, however, conveniently ignores the fact sweeping generalisation of holding 1.6 billion people personally responbile for the acts of one terrorist group, and that Islamophobia is motivated by old fashioned racist prejudice - the fear and hatred of the foreign, brown, 'Other'.

"It's very obvious there is Islamophobia," declares Shazia. "There has always been prejudice towards certain people. Muslim's are being attacked in the street, Muslim women are not allowed to dress how they want. Not allowing Muslim women to wear what they want is denying them the freedom to be who they are. In France, a man wearing a diving suit would not be ordered to remove it, yet it was fine for a women to be ordered to strip off at gunpoint on a beach? I cannot understand people denying there is racism."

'The Irish made me do it'

Part of Shazia's inspiration for her new show, came from her deep contacts with the Irish community in her native Birmingham, and seeing how they used humor to deal with being a minority in a foreign country, one under constant suspicion due to the IRA's bombing campaign in Britain in the 1970s and 1980s.

"I went to a Roman Catholic primary school, Our Lady of Fatima, in Birmingham," Shazia says. "My parents sent me there as they thought it would be good discipline as I was very naughty. The staff and pupils there were all Irish or of Irish extraction and they were some of the funniest people I have ever met.

"They would make jokes about religion all the time. We would never have done that on the way to the mosque on a Friday. I grew up with crazy Irish friends in Birmingham, during a time when anyone with an Irish accent was guilty until proven innocent. I was there when the Rotunda was blown up by the IRA. We also had the Birmingham Six - my dad was friends with one of them.

Shazia believes that through the use of humour and satire, Muslims can counter ISIS propaganda. "I don't think anything is more important than satirising ISIS," she says, and she finds a parallel between what the Irish went through, what the British Muslim community is facing today. "It's only now, in such a terrible time in our history, that I have never known so many Muslim comedians as I do now, or Muslims in the media, such as Nadia in Bakeoff, or Malala," she says. "We can be very isolated in our own community, but in a way we are being forced into this now, and it may be the only way we will get through it."

The Queen and I 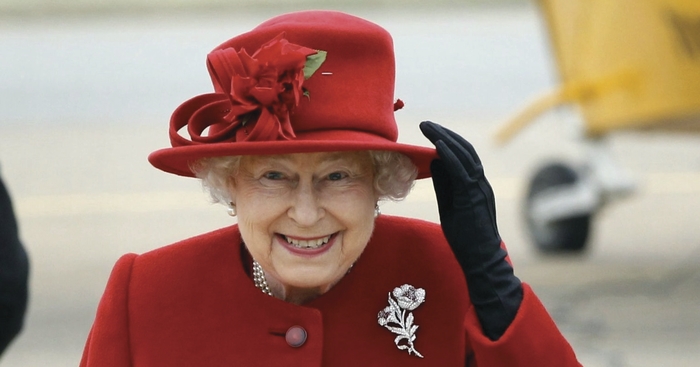 Shazia Mirza has met Britain's Queen Elizabeth II on three occasions, and each time it has been somewhat surreal, a little overwhelming, and a bit like "talking to an old lady at the bus stop".

"I knew she was going to be posh," Shazia says. "You hear her doing the Queen's speech, but it's very different when you meet her - the fantasy has become the reality, she's actually real! She asked, 'And what do you do?' I told her I was a comedian. She replied, 'What a fascinating way to describe yourself', but how could I have described myself any other way? She asked if I did TV and if people recognised me on the street. It was non-stop, it like was talking to an old lady at the bus stop.

"She asked me when was I next performing and I told her it was at the Royal Vauxhall Tavern, which is a well known gay club. She asked, 'What's that like?' and I thought, 'Should I really tell her the truth?' So I said 'It's gay'. 'How fascinating,' she replied.

"Kate Middleton has become posh, you can tell she's had elocution lessons, but the Queen is a whole other level, and when you're with posh people, you try to be posh and talk like she was talking to me, like if you are in France, and try to order things off a menu, and put on a French accent, because you think you should. I was like that with the Queen, because, I thought, well, we'll be on the same level, and she'll think I'm like her! But I'm an Asian woman from Birmingham! It wasn't until afterwards I thought, 'I'm turning into the Queen! Maybe I should put that in my new show!'

Shazia Mirza will perform The Kardashians Made Me Do It! in The Loft @ Seven, Bridge Street, on Thursday October 27 at 7.30pm, as part of the Vodafone Comedy Carnival Galway. See www.vodafonecomedycarnival.com