TWENTY YEARS after they gave the play its world premiere and it became one of the company’s greatest successes, Druid are revisiting The Beauty Queen of Leenane for a landmark new production which opens this month in the Town Hall Theatre.

Marie Mullen, who played spinster daughter Maureen in that first staging, now portrays baleful mother, Mag, while Aisling O’Sullivan steps into the role of Maureen. While much of the play’s jet-black comedy and familial ferocity flows from the ceaseless conflict between the two women, a pivotal role is filled by the character of Pato Dooley, the man who offers Maureen a tangible chance of escape and love.

The role is played by Marty Rea, making his ninth Druid appearance since featuring in 2013’s DruidMurphy trilogy. An actor of subtle intelligence, skill, and imagination, with Druid, Rea has shown himself equally at ease portraying Shakesparean kings and Beckettian tramps. His CV also includes numerous leading roles with the Abbey and Gate theatres and an Irish Times Best Actor Award for his portrayal of Hamlet with Second Age.

Rea is a native of Belfast and it was while attending St Mary’s Christian Brothers’ Grammar School (whose alumni include Gerry Adams and Martin McAleese ), that the theatre bug first bit.

“I had a great English teacher, Mr Campfield, and a great drama teacher, Mrs Marie McQuillan,” he tells me during a break in rehearsal. “They were brilliant and they inspired me really; Shakespeare from his side really came alive, and at the same time I was discovering that drama was something you could actually do and that Shakespeare was to be acted and not just studied. That was all very exciting and that was the start of it for me.”

'I was obsessed with Richard II' 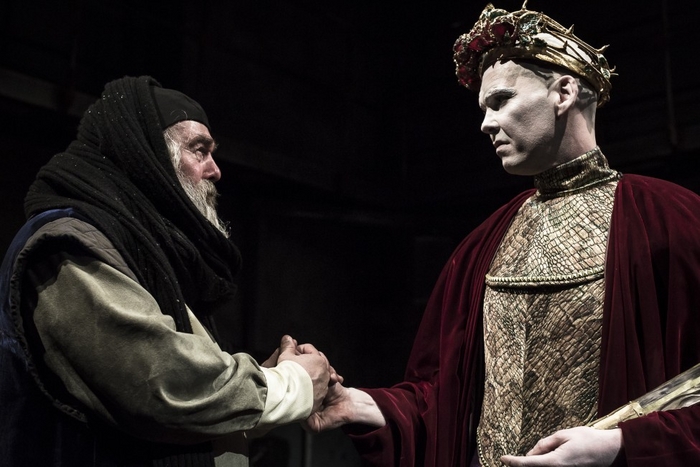 In 1999, after leaving St Mary’s, Rea won a prestigious Lady Rothermere Scholarship to go to RADA where he studied for three years. “I was only 19. It was the first time I’d left Ireland and been to London so all that, as well as going to a big prestigious place like RADA, was both nerve-wracking and exciting at the same time,” he recalls.

“The teaching was amazing and the stuff you were getting to do was amazing. You were working on Shakespeare constantly; it was being taught to you like the bedrock of any kind of acting training. That was dream stuff for me and it remained like that the whole time really. People sometimes think Shakespeare’s plays are a bit posh or you need to be smart to get them; they have been very intellectualised and a bit kidnapped by the academic world. All those things have had a bad influence on Shakespeare but when you start to work with them properly and practically, all of a sudden you realise these things are kind of miraculous.”

That deep grounding in Shakespeare paid rich dividends in Rea’s remarkable performance as Richard II in DruidShakespeare. White-faced, shaven-headed, and bedecked in gold and purple robes, his Richard looked more like a dynast of ancient Iran than a medieval Plantagenet while his character was capricious and childlike yet, thanks to Rea, utterly compelling.

“I had been cradling the desire to play Richard II for about 12 years, ever since I first came across the part, being taught it in RADA,” Rea reveals. “What happens with students, they can fall in love with a particular role that they want to keep revisiting with voice teachers or acting tutors, or whatever. I remember there was one guy in my year, Jamie Parker, who was really into Henry V and he went on to play the role at the Globe so that shows how it can pay off.

"I was obsessed with Richard II and had so many ideas about him. Then I worked with Fiona Shaw in John Gabriel Borkman, and she had played a brilliant Richard II, and I remember her telling me ‘you have to play this part to get it out of your system’. That was very true but actors have to wait until the role comes around, and then it did for me with Garry and Druid. I brought a lot of ideas to the table and then with Garry and Francis O’Connor, our designer, we did a lot of talking until we ended up with that extraordinary thing I ended up doing!”

'They’re like no other experience I’ve had in theatre'

Rea has been an integral part of the Druid ensemble for the past three years during which he has featured in DruidMurphy and DruidShakespeare, as well as plays like The Colleen Bawn, Brigit, and Waiting for Godot.

“They’re like no other experience I’ve had in theatre,” he says of his work with the company. “The endeavour of something like DruidShakespeare was so brilliant; Garry was dealing with big changes like cross gender casting and a new arrangement of the plays by Mark O’Rowe. You know you are handling something important, something special. 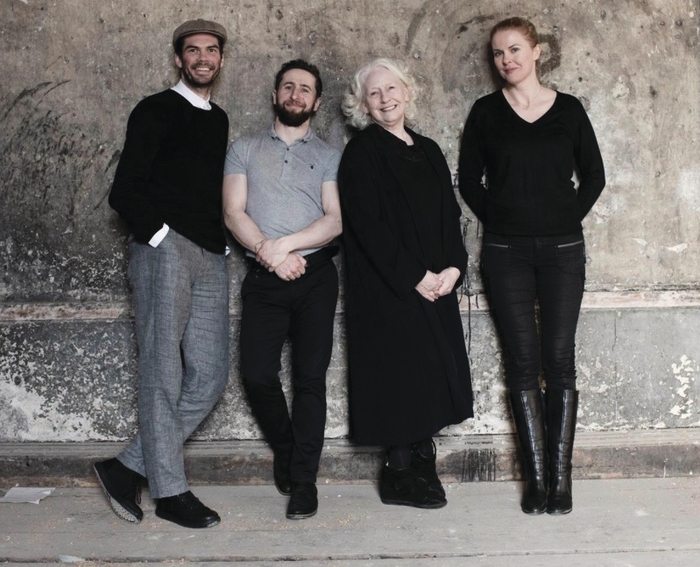 "What we do is storytelling and if we don’t want to try to reach a zenith all the time and if we don’t take it deadly serious all the time then there is no point doing anything. Those big projects that we do are a culmination of all that we do as an ensemble. We’re getting to the point now as an ensemble where we are almost second guessing each other, we work with each other so intimately that the work coming out the other side of it is very exciting and very rewarding.”

Which brings us to The Beauty Queen of Leenane. It is Rea’s first time appearing in a play of Martin McDonagh’s and he shares his thoughts on his character, Pato Dooley.

“The play is hugely funny and at times hugely cruel," he says, "Then you get this chunk in the middle where there is the possibility of real tenderness, and love, and Pato brings that. I think he is completely innocent; he is very old-fashioned in his way. I have the impression that he was brought up by older parents and is more old-fashioned than other guys his age. He’s not socially brilliant or anything and he’s over there in London working away at a job he probably hates.

"He doesn’t really know anyone so he is a lonely guy but with a huge heart. He’s looking for ‘the one’ and I think the real sadness about The Beauty Queen of Leenane is that there is a genuine dream relationship that happens. It’s like the big love that everyone talks about and it hits Maureen and Pato that evening that they are perfectly suited.

"They are at a time in their lives where they need each other and they both want it, but it’s not to be, it gets scuppered and that’s the real sadness of the play. Pato’s a lovely character to play and he is a very important tool of the play, he is the big turn in the middle and you have to be aware of that as an actor; you’re serving a big function, you have to serve the play and the two characters whose journey you are affecting, you have a responsibility there.”

One could not trust such responsibility to a safer pair of hands than Marty Rea.

The Beauty Queen of Leenane, directed by Garry Hynes, runs at the Town Hall from Monday September 19 to Saturday 24 at 8pm, with previews from Thursday 15 to Saturday 17. For tickets contact www.tht.ie and 091 - 569777.