As Sunday draws near, Galway players and supporters are gearing up for an All-Ireland football quarter-final clash with Munster finalists, Tipperary, at Croke Park. Kevin Wash's Connacht champions will be confident they can overcome one of the surprise packages of this year's championship and advance to the last four for the first time since 2001.

The Tribesmen's record at the quarter-final stage is deplorable as they only have a solitary success to their name; a 0-14 to 1-05 victory over Roscommon in Mayo back in 2001. The five quarter-finals the county has contested since that day has seen Galway fall to defeat.

Here at the advertiser.ie we have decided to take a trip down memory lane and look back on Galway's last eight days.

WARNING: This is not pretty for Tribesmen or Tribeswomen.

The GAA had taken the seismic decision to introduce a second chance system for counties who had been knocked out of their provincial championship this season; the qualifiers.

Galway had been defeated by Roscommon in the Connacht semi-finals and therefore had to take their place with other vanquished counties in the backdoor draw. The Tribesmen were able to navigate ties against Wicklow, Armagh, and Cork to reach the last eight where they would contest the first ever All-Ireland football quarter-final against Connacht champions Roscommon in Castlebar.

Galway had revenge on its radar and Padraic Joyce and co produced a brilliant performance in front of a capacity crowd to topple Roscommon - the Rossies were kept to only one score in the first half- and take their place in the last four of the championship. And as those who can remember, it would turn out to be a memorable summer for Galway's footballers.

And so the dreadful run commences. With the decision to move all quarter-finals to GAA HQ, Galway faced perennial All-Ireland challengers, Kerry. The Tribesmen were Connacht champions after a hard fought battle with Sligo in the provincial decider. They were hopeful of overcoming a Kerry team who had been annihilated by Meath the previous year and been beaten by Cork in Munster.

However, goals from Sean O'Sullivan and Aodhán MacGearailt, plus four points each from Mike Frank Russell and Colm Cooper, saw Galway slump to a disappointing eight point defeat. 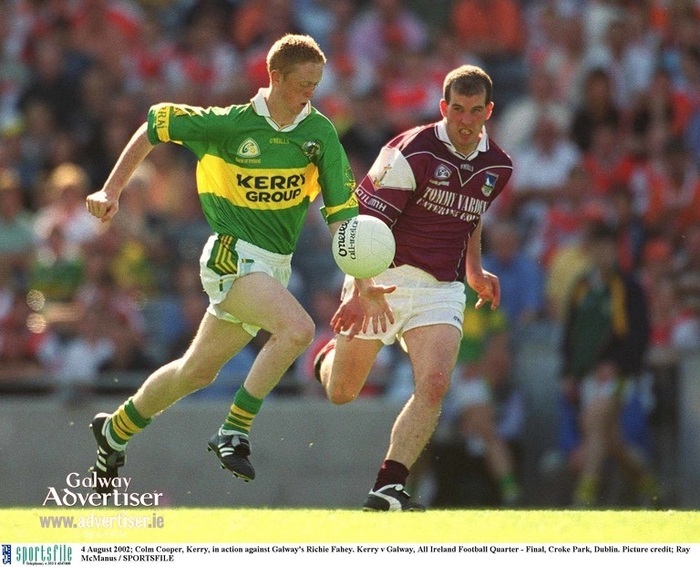 After both sides produced a stalemate at Croke Park a week earlier, thanks to a late point by current Galway coach Walsh, Galway and Donegal locked horns again in Mayo for their quarter-final replay. The Tribesmen were favourites as they had successfully defended their Connacht title in June, whereas Donegal had rarely threatened a championship challenge since the heady days of 1992.

But it was clear Galway had not learnt the lesson from the first match that Donegal was to be a stubborn opponent and the Tribesmen found themselves trailing by seven points early in the second half. Notwithstanding a late Galwegian charge, heroic goalkeeping and last ditch defending saw Donegal overcome Galway. 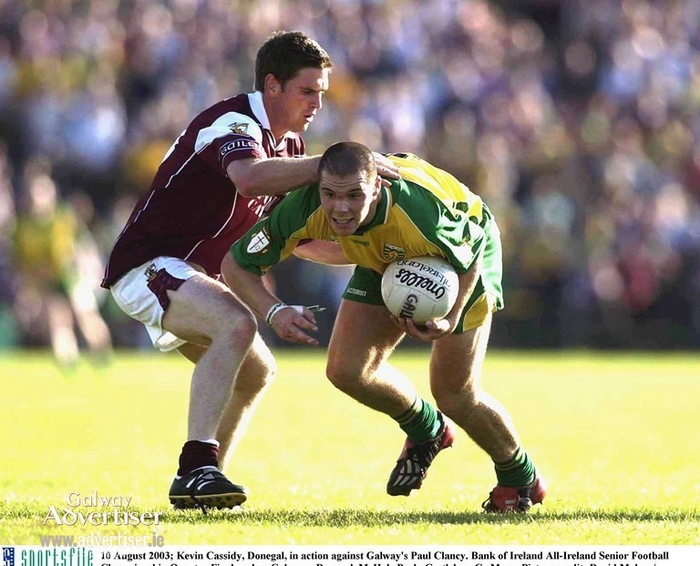 After missing out in 2004, Galway was back for the quarter-finals in 2005 after regaining their Connacht crown. Standing in the Tribesmen's way was a Cork side who had been hammered by Kerry in the Munster semi-final. But the last eight hoodoo struck Galway down again as the Rebels secured a brilliant three point victory in spite of virtuoso displays of shooting from Michael Meehan and Padraig Joyce who notched up 2-2 and 0-7 respectively. 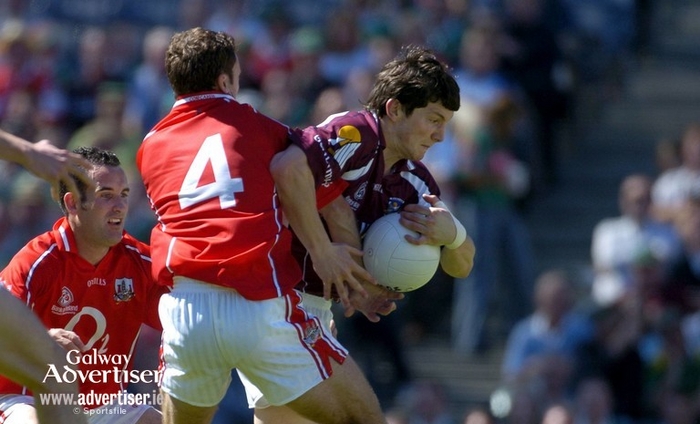 And so after a two year absence, the Tribesmen made the journey east to the Pale as champions of Connacht, courtesy of a thrilling win over Mayo. And again it was to be a fruitless journey as Kerry going for three-in-a-row quelled the western rebellion. Michael Meehan probably could not comprehend how he landed 10 points and still ended up on the losing side.

Another day out at Croke Park and another quarter-final defeat. Galway found themselves in the last eight after a thrilling 4-17 to 4-12 over Tipperary in round four of the qualifiers. Nobody gave the Tribesmen a hope as they headed to GAA HQ but they put in a brave performance against the eventual All-Ireland champions. The game will be remembered for an outstanding goal by Thomas Flynn who carried the ball for 60 metres before finding the back of the net.

And there you have it; we did warn you it would be painful.