He recorded four people in the house: himself (aged 32 ), his one-year-old son (Owen ) and two female servants, Philomena Morrissey (aged 23 ) and Mary Butler (aged 21 ). The enumerator, James Crozier, attempted to circumvent the boycott by recording Hanna’s details. Almost all of the information was incorrect. He entered her name as Emily, (but her correct name was Johanna ), had the wrong age of 28 (her real age was 33 ), he recorded their marriage as three years in length (but they had been married for eight years ) and recorded her place of birth as Dublin (she was born in Kanturk, Co Cork ). He was correct in recording that they had one child and that this child was alive with the wonderful name of Owen Lancelot Sheehy Skeffington.

Hanna was a strong nationalist but did not join Cumman na mBan or other military organisations. She believed that women involved in nationalist organisations played a subordinate role to men (an issue much debated in the period ), and that it was only through the acquisition of the vote that true citizenship would be attained. 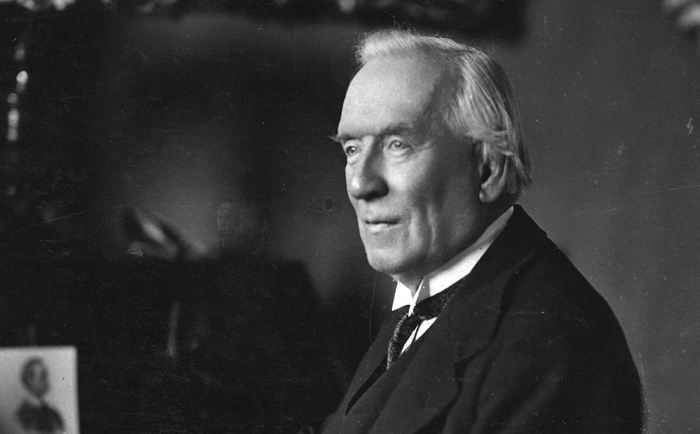 Although only 5ft 2, she got into numerous scuffles fighting for women’s rights. She was jailed in 1912 for breaking windows of government buildings in support of suffrage. That same year as the British prime minister, Herbert Asquith (pictured ), was on a visit to Dublin she threw a hatchet into his carriage.

She got away with it that time. But the following year she lost her teaching job when she was arrested and imprisoned for throwing stones at Dublin Castle, and for assaulting a police officer. While in jail she went on hunger strike, a pattern she followed during her numerous incarcerations.

Whereas some of these exploits may have been little more than public disobedience (of course a hunger strike is a deadly and dangerous form of protest ), her life was to totally change when her husband Francis was murdered by a deranged British officer, Capt John Bowen-Colthurst, three days after the start of the Easter Rising.

Francis Sheehy Skeffington (he adopted his wife’s surname ), had totally repudiated violence. As the Rising was inevitably approaching, he wrote to his friend and rebel leader, Thomas MacDonagh “ As you know I am personally in full sympathy with the fundamental objectives of the Irish Volunteers… (however ), as your infant movement grows towards the stature of a full-grown militarism, its essence - preparation to kill - grows more repellent to me.”

Yet, despite his total rejection of violence Francis was to die violently. He was returning to his home in Rathmines, on Tuesday evening April 25 1916, from a poorly attended meeting, which he had organised, inviting the citizenry to help him stop the looting of shops in the city centre. He was arrested and taken to Portobello Barracks. Then followed a bizarre night when he was taken as a hostage in the company of Capt Bowen-Colthurst and a company of soldiers, as they searched for ’Shinners’. They shot a young teenager, James Coade, as he was walking towards them.

Frances was taken back to the barracks and told to say his prayers. When he refused the Captain said prayers for him. Then, having spent the night praying and reading the Bible, Captain Bowen-Colthurst ordered Francis to be brought into the yard with two other men, journalists Dickson and McIntyre, where they were shot dead. * 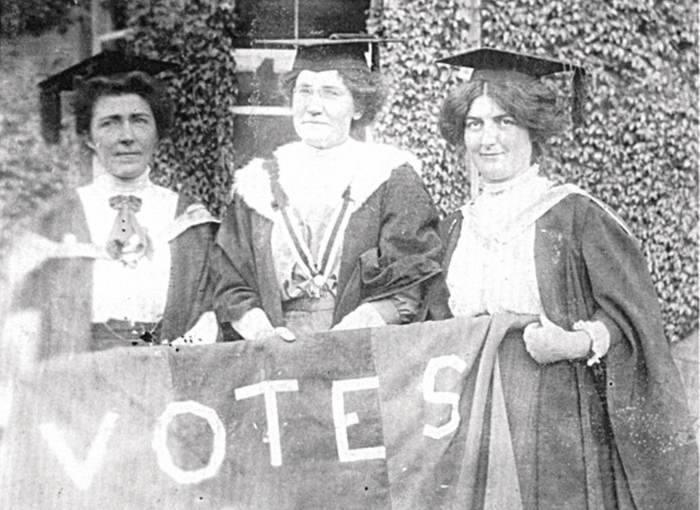 Hanna was thrown into personal and emotional turmoil by this event. She refused all offers of compensation from the government (offered on condition of her ceasing to speak or write about the murder ), and decided to personally bring the facts of the case to the American public. At the invitation of the Friends of Irish Freedom Hanna toured America from October 1916 to August 1918, speaking at more than 250 meetings causing deep embarrassment to Britain. This was her first of four American tours.

When she returned to Dublin she was elected as a Sinn Féin candidate to Dublin corporation. She opposed the Anglo Irish treaty, returning to America to raise further money for the relief of families of Republican prisoners. She was sent to Paris by Éamon de Valera in an unsuccessful attempt to put the case to the League of Nations against the recognition of the Irish Free State.

Despite her political activity, Hanna remained an active feminist. She supported herself and her son Owen through her journalism, her public talks and lectures. In 1926 she led protests against Sean O’Casey’s play The Plough and the Stars, which prompted Yeats to famously remark: ‘You have disgraced yourselves again!’ But Hanna believed that it derided the men and women who had taken part in the 1916 Rising. In 1930 she went as a delegate of the Friends of Soviet Russia to study the Soviet system, and remained an active sympathiser with the communist system.

In January 1933 she was arrested in Newry for breaching an exclusion order banning her from Northern Ireland. At her trial she said: “I recognise no partition. I recognise it as no crime to be in my own country. I would be ashamed of my own name and my murdered husband’s name if I did... Long live the Republic!” She was sentenced to one month’s imprisonment.

She died in April 1945 and is buried beside her husband Francis in Glasnevin cemetery.

NOTES: *Bowen-Colthurst belonged to an Anglo-Irish military family from Blarney Castle in County Cork. He was an experienced soldier but had been invalided home from war in the trenches possibly due to shell-shock. After the Sheehy Skeffington incident there was a full inquiry during which Bowen-Colthurst was found to be insane. He was interned briefly at Broadmoor Hospital, before being transferred to another mental hospital in Canada, from which he was released in April 26 1921 and provided with a military pension.

I have sourced much of the above from Google and Maria Luddy’s essay in the Dictionary of Irish Biography, prompted by the new exhibition in Galway City Museum showing the stories and lives of eight extraordinary women who contributed to the making of modern Ireland. Well worth a viewing.