FOR SOME 25 years, Gary Lydon has been among the most stalwart of Irish actors with a string of acclaimed performances on stage, television, and film. His credits include leading roles in Billy Roche’s Wexford Trilogy, TV series The Clinic - for which he won two IFTAs - and the films Calvary, Small Engine Repair, and Michael Collins.

He now brings his considerable acting chops to Decadent Theatre Company’s much-anticipated production of Martin McDonagh’s The Pillowman, in which he plays ‘bad cop’ Ariel, the sidekick to David McSavage’s Tupolski.

Lydon was born in London in 1964 to a Wexford father, Jimmy O’Brien, and London-Irish mother, Julie Lydon. He took his mother’s surname when he set out on his acting career as another actor named Gary O’Brien was working at the time. The family lived in London until Gary was nine, when they relocated to Wexford.

“We lived in Northolt, in north-west London,” he tells me. “I liked it there, it was a nice place to grow up. It was quite a culture shock moving back to Ireland. I went to a mixed school in London and then coming back here to the Christian Brothers in Wexford was a bit of a shock, I didn’t like it at first. It was authoritarian, they still used corporal punishment. However, I’m glad we did now because Wexford is a lovely town.”

Gary’s first stage role was in a school production of the farce Dry Rot but the acting bug really bit when he got involved with the Wexford Theatre Workshop. Here he did plays by Sam Shepard, Peter Shaffer and Joe Orton.

“The Workshop director was Michael Way, he was from England originally but his wife was from Wexford,” Gary reveals. “It was great, for someone growing up who wanted to get into acting the Workshop gave that opportunity. We did loads of plays like Fool for Love, Equus, What The Butler Saw – that was the first play I did with them. Michael’s daughter has gone into acting as well, she had a part in The Clinic. They had this beautiful venue in Wexford, a converted warehouse, they put a lot of work into it. Eventually they ran out of money, there was no funding at the time, this was in the Eighties. They should have been supported more than they were.”

Acting is a precarious trade at the best of times, and in 1980s Ireland opportunities were much scarcer than today. How did Lydon’s parents react to his ambition to make a career in theatre?

“They were a bit annoyed,” he admits, “but when you’re young you’re headstrong. Now, I can understand their view. It’s different now, it’s more accepted, but back then there were very few courses where you could study acting. In retrospect I would have liked to have done a degree first, but at the time I was doing a course in business and it just wasn’t the right thing for me. If I had done something I was interested in I probably would never have become an actor. I happened to have taken a year off from college because I had failed my exams and acting was just something I thought I would give it a go and see if I liked it. Then I got into it more, but it is a precarious profession.”

It was while he was at the Theatre Workshop, Gary first met Billy Roche and was cast in his 1986 play The Boker Poker Club. The play was then taken up by London’s Bush Theatre and premiered on February 15 1988 as A Handful Of Stars, the first of Roche’s celebrated ‘Wexford Trilogy’ which took London by storm. Lydon figured in all three of the plays. How did he cope with the sudden shift from acting in a small town theatre to performing in some of the most in-demand shows in London?

“It was a culture shock I suppose but because the plays were set in Wexford and about Wexford I felt at home for the two hours each play was on,” he replies. “Those plays were really well received which was a testament to Billy’s talent. They were special times, lots of famous people used to come and see them and they were the talk of the town. It was amazing that a small town in Ireland would be recognised like that and put on the map.”

Lydon has continued his fruitful association with Billy Roche, featuring in a string of his plays since that fateful mid-80s debut. I ask if he has a personal favourite role from the Roche plays.

“Jimmy Brady in the first play,” he replies after a musing pause. “I was only a young fella when I did it, that part and the priest in Belfry. I played Artie in that as well. I did Belfry twice, I did it 10 years after first acting in it when I played the priest and played Artie the second time. All Billy’s plays have great parts, they’re very understated and I like that way of acting.”

Recently Lydon starred with Love/Hate’s Peter Coonan in the Gaiety’s hit staging of Brendan Behan’s Borstal Boy. Lydon played the older Behan – a role many people have said he was born to play given his resemblance to the writer. The part also required him to sing.

“It wasn’t my first time singing in a play,” he notes. “I did Billy’s Cavalcaders which has four-part harmonies in it, but that was one of the only times I had to sing on stage, aside from when I was a kid and did Tops Of The Town with my dad. It was scary singing in Borstal Boy because I had to sing on my own and I had to be mic-ed for it, there was a lot of business going on. It was a bit daunting, but then you just go and do it. It was good fun actually, I enjoyed the singing, and there were songs where we were all singing together. Behan himself was a great singer, of course, so you have to enjoy the singing, if you didn’t sing you wouldn’t be doing the part right.” 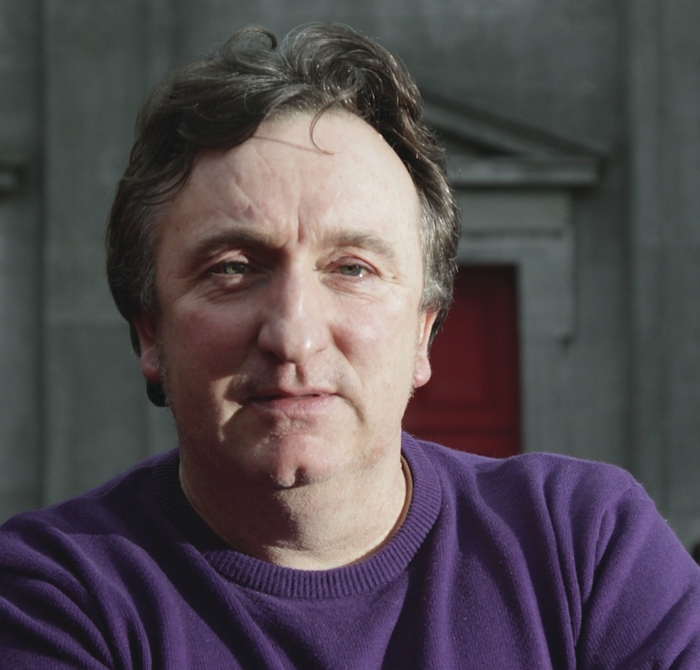 While Lydon clearly has strong roots in Wexford, he also has family links to Galway on his mother’s side. “My mother’s father was from near Salahoona, between Spiddal and Inverin,” he reveals. “I still have loads of cousins out that way, I go out to see them whenever I can. I’m proud to have Connemara blood in me.”

Lydon now finds himself back in the west as he rehearses The Pillowman. Interestingly, he has previous ‘form’ with both Martin McDonagh and his brother John. He appeared in the world premiere of The Cripple of Inishmaan at the Royal National Theatre, as well as Martin’s Oscar-winning short movie Six Shooter, and both John McDonagh’s films, The Guard and Calvary. How would he compare the McDonaghs?

“They are brothers and there are similarities,” he says. “Martin’s work is maybe a bit more surreal, but then John hasn’t written a play so it is hard to compare them in a way. One obvious similarity is that they are both very funny and have a wicked sense of humour.”

In The Pillowman, Ariel is the only lead character whose name does not sound east-European. I ask Gary is there any special significance to that, a link perhaps to Ariel in The Tempest or the Biblical angel?

“I asked Martin about that and he said there wasn’t any resonance, he just liked the name,” Gary replies, instantly dashing the hopes of McDonagh thesis-writers. “Maybe it was there subconsciously,” he adds, as an after-thought, reviving the disappointed thesis-writer’s hopes somewhat. “Even though he’s a ‘bad cop’ it’s a good character to play; he’s interesting, he is not totally black or white. I’m still finding my way into it so I don’t want to say too much about the character.”

When The Pillowman hits the Town Hall Theatre stage from February 19 to 28, Lydon’s eloquent acting can be relied on to say and reveal plenty about the character and the play. For tickets contact 091 - 569777 or see www.tht.ie