FAMILY DRAMAS, WWII, gender identity, comic adventures, and examinations of Australian and Russian society will be played out on-screen as part of the Galway Film Society’s winter/spring season of films at the Town Hall Theatre.

The French invented cinema, thanks to the Lumière brothers in the late 19th century, and the term ‘French film’ continues to signify sophisticated, intelligent, and quality movie-making. Indeed the majority of this seasons screenings come from ‘L’Hexagone’.

France is also known for its writers and philosophers and the great period of French existentialism is the background to the GFS’s opening film of the season, to be screened this Sunday - Violette (2013 ), starring Emmanuelle Devos as the volatile, bisexual, pioneering feminist writer Violette Leduc.

Director Martin Provost shuns biopic conventions as he follows Leduc from her asexual marriage to the gay writer Maurice Sachs to her arrival in Paris, where she comes under the wing of Simone de Beauvoir (Sandrine Kiberlain ), who opens Paris’ intellectual doors, and the world of Albert Camus, Jean Genet, and Jean-Paul Sartre, to Leduc.

From 1940 to 1944 France was occupied by Nazi Germany, and this turbulent, tragic, period of French history is the setting for Franco-German film Diplomacy (2014 ) on February 1, directed by Volker Schlöndorff (The Tin Drum ).

As the Allies close in, General Dietrick von Choltitz, the governor of Nazi-occupied Paris, receives an order to destroy the city if the Nazis are driven out. With explosives strapped to bridges and landmarks, the general is prepared to carry out this atrocity when Swedish consul-general Raoul Nordling appears in his office and pleads with him to abandon the plan. 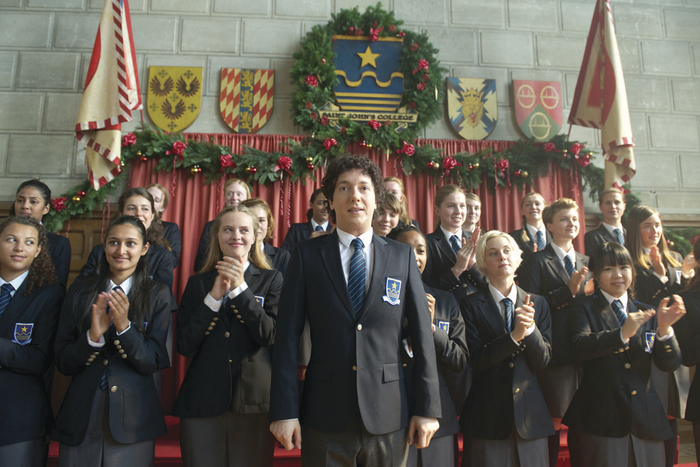 A hit at the 2014 Cannes Film Festival, Me, Myself, and Mum (2013 ) is comedian Guillaume Gallienne’s debut directorial work, based on his one-man play, recalling his youth among the upper class and his ambiguous affinity with his mother, who raised him as more of a daughter than a son, insisting he is gay despite Guillaume’s uncertainty.

A member of the Comédie-Française, Gallienne excels in the art of transformism - playing himself at different ages, his mother, and his mental projections, and his do-it-yourself spirit translates confidently from the minimalism of his stage show to the wider canvas of cinema. See it on February 15. 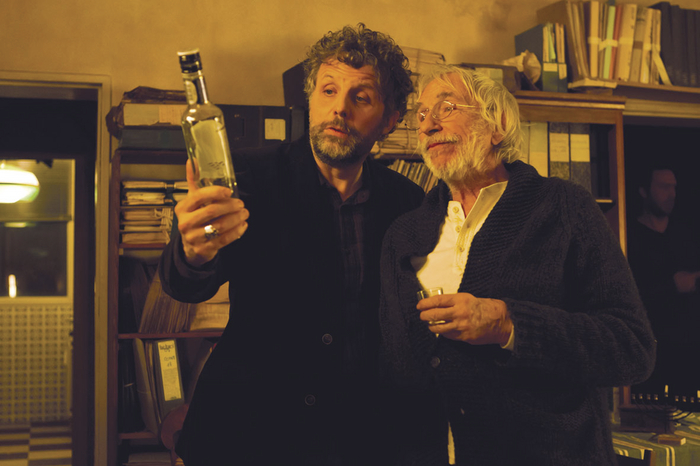 The final French film of the current season is Paper Souls (2013 ) on March 1. Paul has an usual way of earning a living – he writes funeral orations. Victor, his friend and neighbour, no longer knows how to help Paul break out of his solitude. One day, Emma, a young widow, comes to Paul with an original request: could he tell her eight-year-old son the story of his deceased father? But just when a romance develops between Paul and Emma, ghosts from the past reappear...literally as well as figuratively.

American cinema has been one of the dominant cultural forces for nearly a century and the GFS has two multi-award winning US films to screen this season.

Andrew is a gifted jazz drummer who has just been accepted to a prestigious music conservatory. His goal is to achieve perfection. Unfortunately, that is also what his brutal, and unorthodox ,new teacher Fletcher has in mind. Fletcher believes in beating the talent out of his pupils, he slaps them in time to the beat, hurling chairs and musical instruments at them when they fail to reach his standards - a psychological drama which asks how far a person can be pushed.

The Case Against 8 (2014 ), which will be screened on Wednesday March 18, was the winner of the Audience Award at the 2014 SXSW Film Festival and Best Director at the 2014 Sundance Film Festival. It has also won critical acclaim, being described as “An emotional tour of history in the making,” by Indiewire and “a stirring civil rights film that is both cogent and emotionally charged,” by the Hollywood Reporter.

The Case Against 8 is a documentary of the epic five-year legal battle that overturned a controversial US constitutional amendment. The story first made headlines with the unlikely pairing of Ted Olson and David Boies, political foes who last faced off as opposing attorneys in Bush v Gore. The film also follows the plaintiffs - two gay couples who find their families at the centre of the same-sex marriage controversy.

From elsewhere in the world...

The other films at this season’s GFS are Human Capital (Italy, 2014 ), a film which actually begins at the end. Approaching a tragic death from three vastly different perspectives, the lives of two families, at first only loosely linked by their teenagers’ relationship, overlap in multitudinous ways to brilliant effect. Based on Stephen Amidon’s best-selling book of the same name, it stars leading Italian actresses Valeria Golina and Valeria Bruni Tedeschi. See it on January 25.

Australian film Charlie’s Country (2014 ), directed by Rolf de Heer, and screened on February 8, follows Charlie (David Gulpilil ), who lives in a remote Aboriginal community in Arnhem Land, where he struggles with cultural ties in a world dominated by white law and deliberate and incidental racism. Jane Howard in The Guardian called it “a reflection and critical analysis of contemporary Australia” and the film won Best Actor, Un Certain Regard, at Cannes last year. 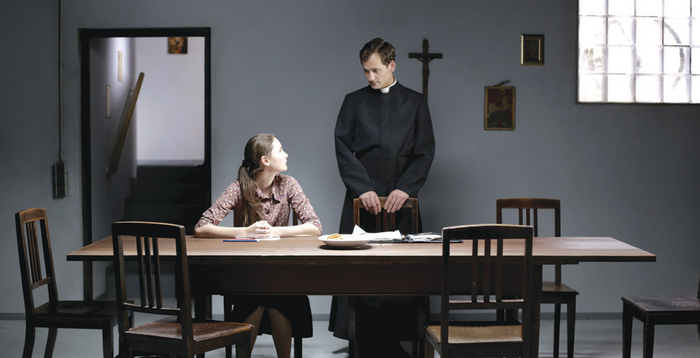 German film Stations Of The Cross (2014 ), directed by Dietrich Bruggemann, and screened on February 22, is the allegorical adventures of a young girl on the edge of adulthood. Fourteen-year-old Maria belongs to a fundamentalist Catholic community and faces bullying from her secular classmates for trying to remain true to her religion.

Nick James in Sight & Sound said of it: “Made in a small number of shots, each framed and timed to perfection by a dazzlingly accurate ensemble cast and crew… Stations Of The Cross nonetheless comes with a bigger surprise: its ‘wicked’ sense of humour, which only enhances its perfect poise between belief and scepticism.” 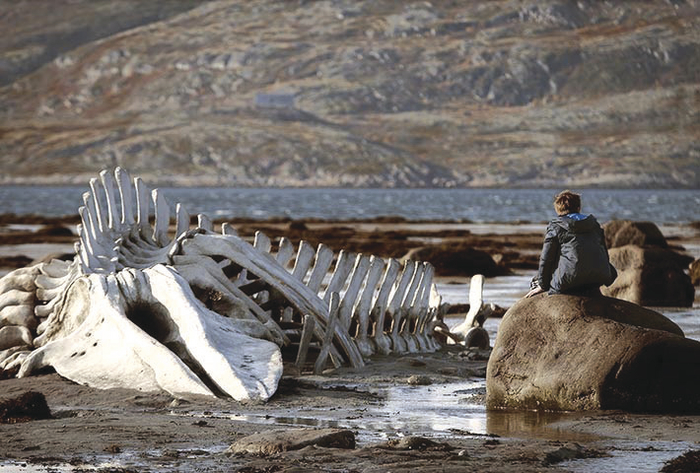 Russian film Leviathan (2014 ), directed by Andrey Zvyaginstev, and winner of Best screenplay at Cannes 2014, will be screened on March 8.

In a small seaside town, weather-beaten patriarch Kolya lives with his teenage son Roma and second wife Lilya. Their seemingly idyllic homestead harbours deep-rooted familial resentments that are aggravated by the aggressions of the local mayor Vadim, a drunken, corrupt bureaucrat set on grabbing their land for himself. When Kolya calls in his lawyer Dima from Moscow, this defensive tactic triggers a series of dramatic events - a family drama which also acts as a morality play and examination of contemporary Russian society.

All films are screened at 8pm on Sundays except where stated otherwise. Season tickets and single admission tickets are available from the Town Hall through 0-91 - 59677 or www.tht.ie