Lee Mack is known for his explosive energy on stage, well-crafted jokes, and a natural gift for delivering a tall tale.

A hard-working comedian, Mack has worked his way up the rank and file of comedy. Over the past two decades he has gone from playing clubs on the circuits, to guest starring on several comedy panel shows, presenting television series, and creating his own long-running BBC sitcom from scratch.

No stranger to Irish audiences, and a headline attraction at last year’s Galway Comedy Festival, Mack returns to the west coast for a special three night run of his new show amid a hectic schedule.

From speaking with Mack, it is clear that his new show, Hit the Road Mack, is not simply an “hour and a half of unthemed nonsense”, like he modestly claims. His storytelling is evidence enough; effortless, with the sense of an entire world of experience behind it.

In his youth, Mack was a jack of all trades. He worked several varied jobs from working in a bingo hall, a stable boy, and most prominently as a blue coat at Pontins. “You were sort of a holiday camp host,” he explains. “You would turn up on day one, you’d put your blue coat and your dickie bow on, you would walk around, and people would come up and ask you for your autograph and your photograph just because you were a blue coat. You were seen as someone they wanted to have a photograph with.”

The experiences of Lee Mack the blue coat are particularly relevant to Lee Mack the comedian, preparing him for one of the side effects of the job; the madness of celebrity. “It’s not that dissimilar now, some people only want to talk to you because they’ve seen you on telly. That has been a big help to me, having that little bubble of fame if you want to call it that, even though I was only a blue coat it was a mini version of being recognised.”

Mack’s love affair with stand-up began in 1990, when he stumbled across his first comedy club. “Margaret Thatcher had just resigned and I went to the Comedy Store the day after. Those events are unconnected,” he recalls with a chuckle. “I just remember because all the comedians were talking about Thatcher resigning and I just remember how live and instant the whole thing was. These guys had only heard the news the night before and now they had written jokes about it. It just seemed really exciting.”

Comedy is an increasingly competitive arena, with a larger scope for new comedians trying to forge their path. Nowadays, new comedians have their eyes on a bigger picture, television work, maybe even their own sitcom to showcase their talents. Twenty years ago, when Mack started out, professional comedians were simply searching for stability and regular work.

“There were less people doing it, everyone seems to be a comedian now,” he said. “Back then there were less comedians and less clubs. If you wanted to be a comedian you just wanted to crack the circuit, be a regular at the Comedy Store. It wasn’t an ambition because you just didn’t do stand-up on television in the mid-90s, it hardly existed. In some respects it was easier because ambitions were lower.”

Hit the Road Mack is a milestone for the comedian, as it will be his first live tour in four years. With his career increasingly pulling in the more settled, 9 to 5, direction of television work recently, especially with the success of his BBC sitcom, Not Going Out, heading off on a live tour can be a daunting prospect.

Altogether, including ‘warm-up’ nights, Mack will be working roughly 100 nights from August to December, travelling to many different locations across Ireland and the UK. A long road for anyone. “I’m getting used to being on the road again, which is weird because I spent a week in Norwich recently which was a reminder of what it’s like to be away from the wife and family and stuff, so that is quite an odd feeling.” 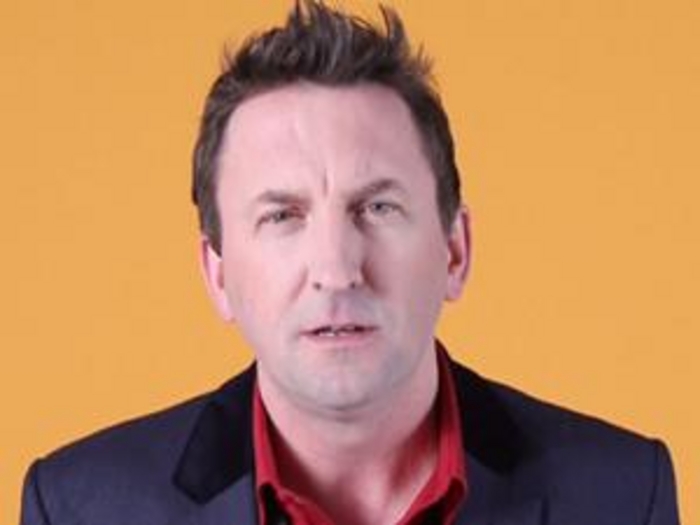 Mack’s career has risen due to his continuous commitment to the craft. In the 20 years he has been a comedian, he epitomizes a great work ethic. He feels as though the whirlwind has not stopped since he first stepped into the spotlight. “I don’t see myself as motivated, I just see other people as lazy,” he jokes. “I might be classed as a hard-working comic with the hours that I do, but I don’t really have a choice. I have a sitcom that I work on 10 months out of the year, writing and filming, and that’s not an option. Once the BBC has commissioned you and you’re given an opportunity like that, you have to do it.”

Not Going Out celebrated its 50th episode recently, as well as reaching its seventh season on BBC. The show follows Lee (Mack ), a slacker who falls for his landlady Lucy (Sally Bretton ). “When we started out, I thought ‘God, if I can just get one series’. At the time six episodes would have been an achievement. Before you know it, you’ve written and performed 53 of them.”

One of the main benefits of working a scheduled job for Mack, though, is the weekends off and having the time to spend with his family, a striking contrast to the touring life. “In television, making a sitcom, you have a team of people around you, and there’s a bit of structure in your life,” he admits. “Touring live means you’re driving round eating a pasty at four in the morning at a service station. It’s a little bit less conducive to family life.

“Having said that I do like doing live stuff when you can think of a joke in the afternoon and perform it live that night with no edits.”

Back to Galway this weekend, Mack is looking forward to returning to the Irish crowds, and particularly to the intimate surrounds of the Roisin Dubh stage. “It is a bit of a cliché, but they are more up for the craic. They take things less seriously and it’s more of a night out. It’s genuinely one of my favourite gigs, the Roisin Dubh. It’s a proper club gig, everyone is right up to the stage.”

As for the near future, Mack is finally on the home stretch after a busy year. With the tour of the UK kicking off soon, his sitcom Not Going Out is scheduled to return in September, while his comedy panel show Would I Lie to You? is back on BBC in the coming weeks.

In the end of the day though it is many a person’s dream to be able to take a long break from the madness of a modern working life. For Mack, that prospect is just around the corner. “The big thing for me, because I’ve been doing this for 20 years, is a break. I’ve not had a break, a proper break in all that time. After the tour that’s the plan. So I’m looking forward to seeing what that’s like.”

Lee Mack brings his show Hit the Road Mack to Galway, with support from Mike Gunn, on Saturday August 23 and Monday August 25 at the Roisin Dubh, and Sunday August 24 at the Black Box Theatre. Doors open each night at 7.30pm. Tickets are available at www.roisindubh.net