BAILE BEAG Mór, the first of eight world premieres being presented by Fíbín as part of its first season in residence in An Taibhdhearc, continues into next month.

Patrick begins delving into his family’s past and the evidence leads him to the 1920s when his grandfather escaped the Irish Civil War and fled to Prohibition America, where he found solace during the Jazz Age in an Irish language speakeasy in New York.

Baile Beag Mór explores the personal, political, and spiritual aspects of the birth of a new nation. Expect highly-visualised theatre, spectacle, choreography, and a fast-paced stylistic form of performance. 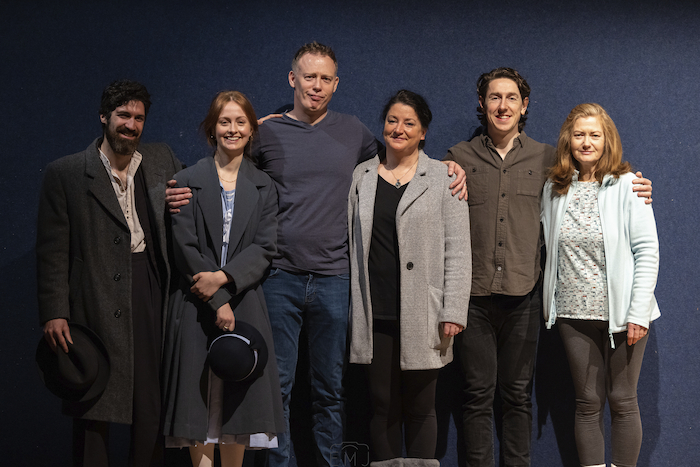 The cast of Baile Beag Mór.

“On this the centenary of the birth of the State, it is important we investigate the past and give it a relevance to contemporary audiences and times,” said Philip Doherty. “It is important the National Irish Language Theatre delves into themes of identity, history, social history, and gives audiences an insight on how it affected individuals and how it resonates to us in contemporary times”.

The opening of the play coincides with the launch of a new theatre café/bar in the theatre, designed by Siobhán Harton. Fíbín sa Taibhdhearc have also programmed concerts by Scullion, Iarla Ó Lionáird and Steve Cooney, and Rónán Ó Snodaigh and Myles O Reilly.