SET ON the Aran Islands, Doineann (Irish for storm ) centres around a husband searching for his missing wife. It debuted last year at the Galway Film Fleadh and is now on general release.

Thomas is a journalist investigating organised crime in Dublin. Having moved to the Aran Islands for peace and quiet, his wife Siobhan is struggling to adjust and he seems to have no problem telling people she is suffering from postnatal depression. When he has to go to the mainland for an interview he returns to find her and their baby son missing.

The script is OK. Unfortunately for me, my Irish stayed in secondary school so I was reliant on the subtitles. Sometimes it is hard to let a good screenplay really talk when you are reading it on screen so perhaps I am being a little harsh. The performances are really strong, along with the beautiful shots of the islands, and overall this is a very enjoyable little thriller.

At first, Doineann appears to be a west of Ireland spin on Scandi Noir, but in reality it has more in common with British series like Broadchurch or Happy Valley and in that sense might have been better spaced out to a mini series on TG4 rather than a film.

There is a shift in the story that comes about halfway through - thinking back I am surprised it works as well as it does - which comes down to a really terrific performance. To say who it is is a bit of a plot reveal. You will just have to see it for yourself. 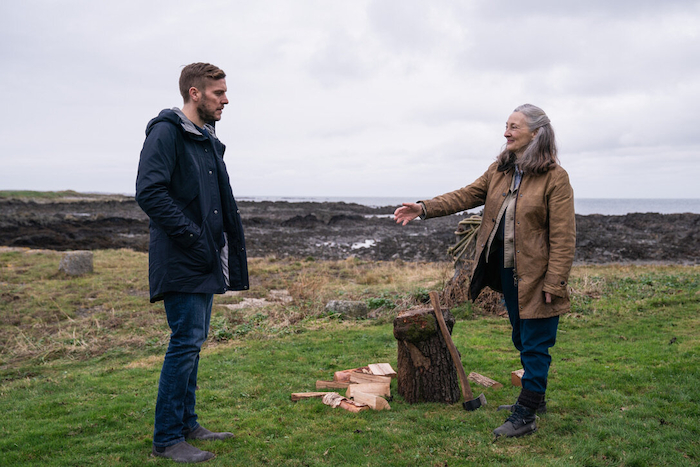 Thomas is played by Peter Coonan who will be familiar to Irish TV viewers as Fran from Love/Hate. The retired police woman, Labhaoise, assisting his search, is terrifically played by Bríd Brennan. Her character could be spun off as a TV show.

It is always great to see Irish spoken on the big screen. I absolutely loved Arracht which came out last year so it is great to see another Irish language film released so soon after. With the cinemas back to normal opening times, it is well worth a trip on a dark February evening.