ON DECEMBER 6 1921, the Anglo-Irish Treaty was signed in London by Irish republicans and members of the British Government.

It marked the culmination of the War of Independence and Britain's (reluctant ) recognition that Irish independence and self-determination could no longer be denied or withheld by violence and force of arms.

For Ireland it marked independence for most of the country (partition had already occurred in May 1921 ), via the establishment of the Free State - although that was some way short of the Republic so many had fought and died for. It was only narrowly approved by the Dáil - 64 votes to 57. The public were also divided, with neither the pro or anti-Treaty Sinn Féin wings winning a majority of votes at the June 1922 election. The Civil War would begin by the end of the month. 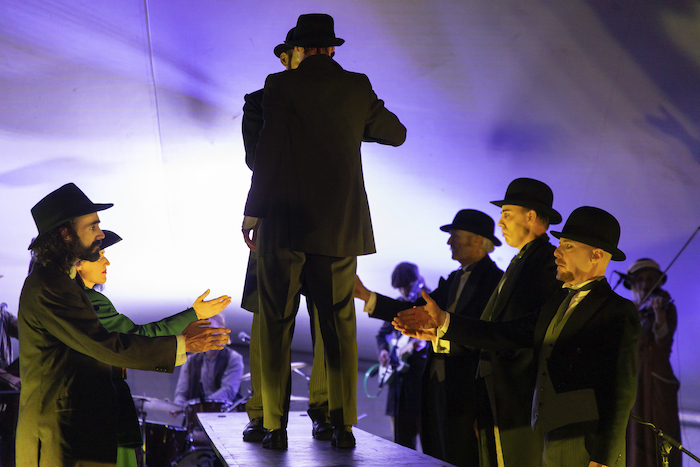 The centenary of the Treaty will be marked by an outdoor theatrical performance - An Conradh (The Treaty ) - outside Galway City Museum at the Spanish Arch on Monday December 6 at 11.15am, 1.15pm, and 4.15pm.

The spectacle hopes to express the struggle, anguish, fierce debate, hope, and fear as the negotiators struggled to get the Treaty signed. A 20 foot long table will form the fulcrum of the action. It will feature actors well-known to Galway audiences, and also feature a musical score by the award winning Galway vocalist/composer, Julie Feeney, and dance choreographed by Catherine Young.

''Whatever one may think of the signing of the Anglo-Irish Treaty,” said the show’s director, Philip Doherty, “no one can deny it was undoubtedly one of the most defining moments of modern Ireland; a springboard for events that cast a shadow over Irish life for decades afterwards. We felt it was important to confront our past, and to commemorate our history in an artful and contemporary manner, by expressing the complexities of the Treaty into a performance that aims to enthral, excite and entertain.” 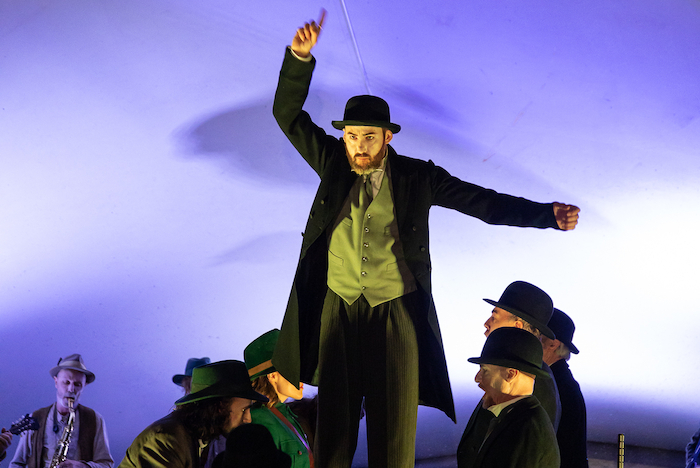 An Conradh will serve as precursor to the reopening of An Taibhdhearc, Middle Street, on December 9 for a 10-day run of the theatre’s annual pantomime.

Admission to the performance is free. For more information see www.fibin.com