A permanent civic arts space for Galway city has taken a step closer to becoming a permanent reality, as An Post has begun the process of engaging with developers to transform its Eglinton Street headquarters.

An Post has begun a pre-qualification process before seeking tenders from suitable companies for the major redevelopment, which will take place in January or February 2022.

Fine Gael Galway West TD, Hildegarde Naughton, who is the Minister responsible for postal services, said the transformation would create “an iconic cultural space for community use in the very heart of the city”.

Minister Naughton raised the prospect of transforming part of the land into a visual arts venue during the 2019 Galway International Arts Festival, when it was used as a gallery to widespread acclaim. 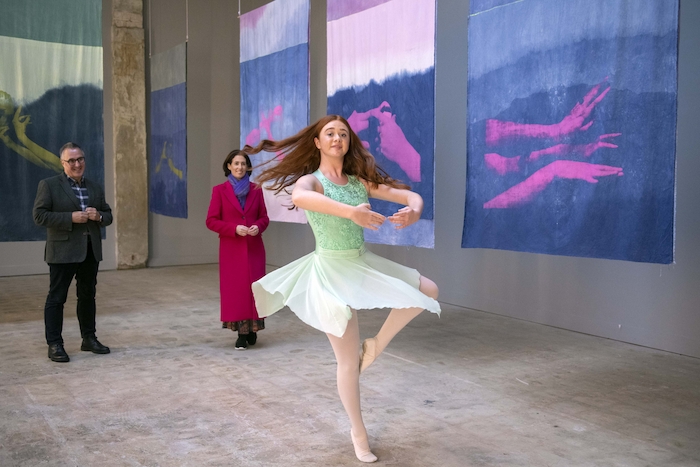 “I’m very pleased to see further progress in relation to this project, which will give the people of Galway a public arts space worthy of the city’s reputation as the country’s capital of culture,” she said.

Following the 2019 GIAF, Minister Naughton engaged further with An Post and plans to sell the land were stalled pending discussions about a civic arts facility.

The surplus buildings on the half-acre site, which are four storeys high in parts, will now form part of a multi-million-euro redevelopment that will link Eglinton Street to William Street in the city centre.

An Post intends to partner with a development company, under a contract that will provide for the creation of the civic arts space, as well as a €750,000 refurbishment of its own headquarters on the site. 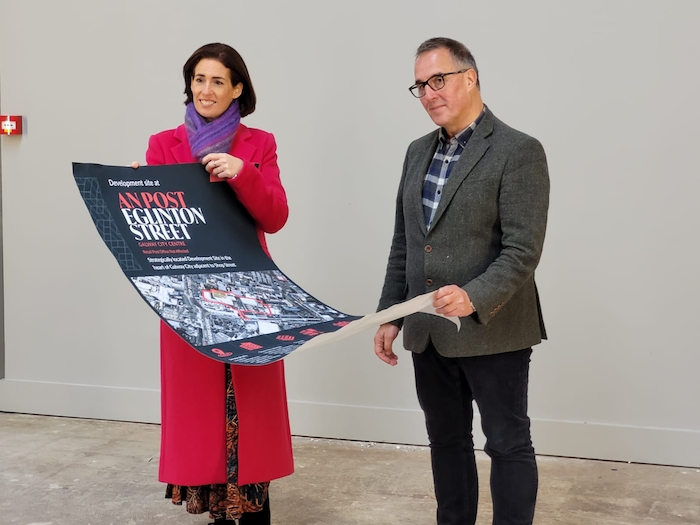 The postal authority will grant the company a 300-year ground lease for the rest of the site, which will be transformed into a commercial development. The lease will also provide for rent sharing.

An Post will retain the right of approval over planning applications and design, Minister Naughton said.

“It’s been a long road since I first raised this issue with David McRedmond, CEO of An Post, but it’s one which we have travelled rapidly. I’m pleased with the progress and I’m looking forward to seeing the specific plans for the space devised in the coming months.”

The An Post site, off William Street, is currently in use as a gallery, and is housing one of the main exhibitions for the 2021 TULCA Festival of Visual Art.