SANDRA IS a single mother in Dublin, living in a hotel, and way down the bottom of the housing list, after escaping her abusive husband.

She works two jobs and is really struggling. She knows she will never be able to buy her own home, and the housing list is so long she may potentially be in the hotel for years. After some Googling, she decides she is going to build her own modular home. She enlists the help of friends and sets out to make her dream of giving her kids a home a reality.

The director, Phyllida Lloyd, is known mostly for directing the incredibly successful Momma Mia movies. To go from Momma Mia 1 and 2 (which I think are really fun, no snobbery here ) to a film like this, it is quite a leap, but Lloyd really pulls it off. 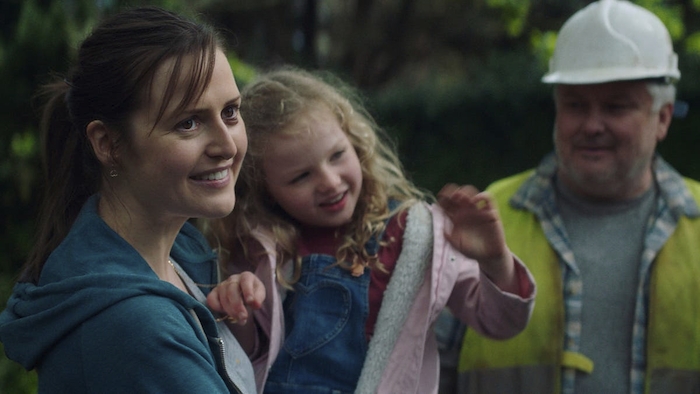 Clare Dunne as Sandra (she also co-wrote the film ) is very good and the supporting cast are mostly great. Conlith Hill is the right amount of charming and grouchy as the builder Aido, and Harriet Walter as Peggy, Sandra’s helpful boss, probably gives the performance of the film.

It is hard to make a film like this work, it tackles national issues like the housing crisis and domestic violence, yet it is still an entertaining and enjoyable experience.