HAPPY DAYS, Samuel Beckett’s 1961 play, cited as one of the 40 best plays of all time by The Independent, is coming to Inis Óirr in a version as Gaeilge.

Company SJ in a co-production with the Abbey Theatre, presents Beckett sa Creig: Laethanta Sona (Beckett in The Rock: Happy Days ) as part of the Galway International Arts Festival from Monday August 30 to Sunday September 5 at 1.30pm. 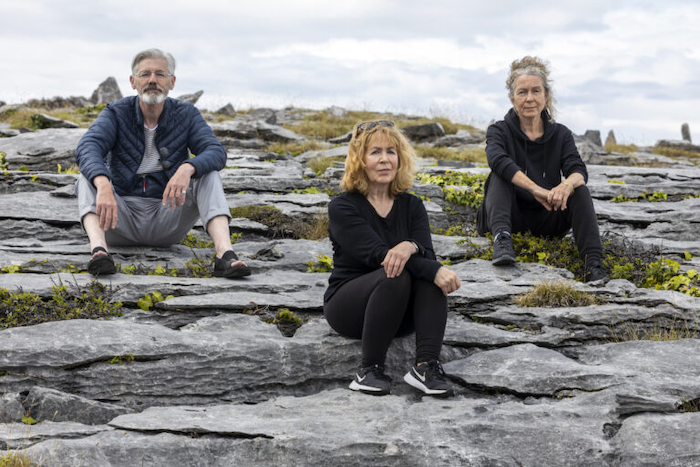 This promises to be one of the most visually arresting shows of the GIAF with the play becoming almost part of the landscape. The set has been sculpted and designed by Ger Clancy and built with help from stone masons on the island. Costumes by Sinead Cuthbert are inspired by flowers that grow between the cracks in the rocks on Inis Óirr, just as Winnie, the play’s main character, appears from the cracks in the rock. 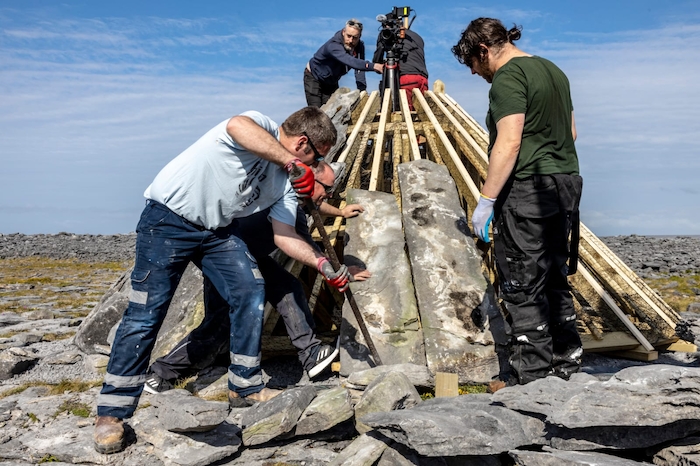 There will be an accompanying exhibition in Áras Éanna, presenting the process of the making of Beckett sa Creig, depicting the building of the set, and interviews and photos with women on the island.