AT EVERY arts event in the city he would be there, the jolly man with the glasses and the long hair, a smile and good company, enthusiastic for what he, and we, were about to see that night, be it theatre, music, literature, visual arts - and he usually had an important role in supporting it.

On July 16, James C Harrold retired as the Galway City Council’s Arts Officer - a position he had held for 20 years. Before that he served as Arts Officer for the Galway County Council from 1990 to 2001. “We were in a wattle and daub building at the back of the old county council office on Prospect Hill,” James tells me during our Monday afternoon Zoom interview. “I think they put all the wild people out there.”

In all, James has served Galway, its artists, and its arts scene for 31 years. “So many nice messages have been coming in from people since I announced I was standing down,” he says. “I’m overwhelmed by it. Although I’ve handed in my badge and my gun, I don’t see this as a retirement. A bit like Galway 2020, I see it as a ‘re-imagination’. There may still be curation or writing projects I might like to get involved in, but it’s time to give the reins over to someone else.”

All the way from Tipperary 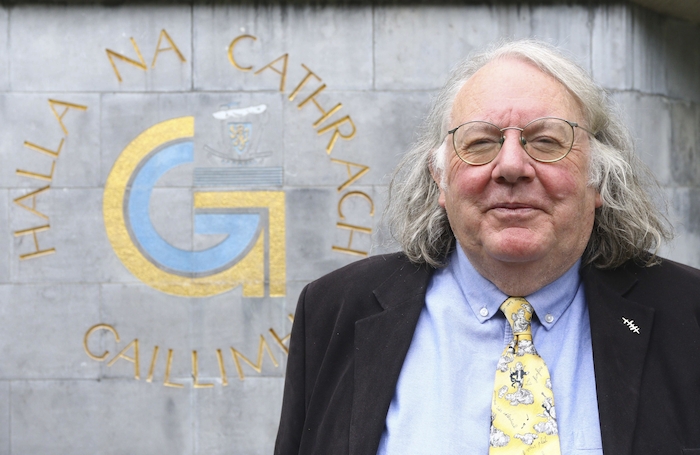 Although born in Galway, and with impeccable Galway roots (“Mum’s family was from Tuam, we have cousins in Athenry, Rosmuc, Carraroe. I spent every summer in Barna,” he says ), James grew up in Nenagh and considers himself a Tipperary man.

He also tells an amusing, if revealing anecdote, about Galway in the days before the late 1970s. “At home, we thought Nenagh had more culture than Galway,” says James. “Nenagh had a town hall theatre since 1889. Galway didn’t get one until 1994.”

'When I was in college, Druid had started and the Galway Arts Festival had just begun. Ollie Jennings was a huge influence on all that was happening'

His love of the arts he attributes to his father. “He loved literature and singing,” says James. “Our house was full of books. We had a conservatory which he decorated with wallpaper on which he wrote hundreds of words in Irish, and we learned Irish and spoke Irish at home. He acted as well and was involved in the Dublin cultural scene when he was there. He was a botanist by profession, and drew these wonderful botanical studies. It all comes from him.” 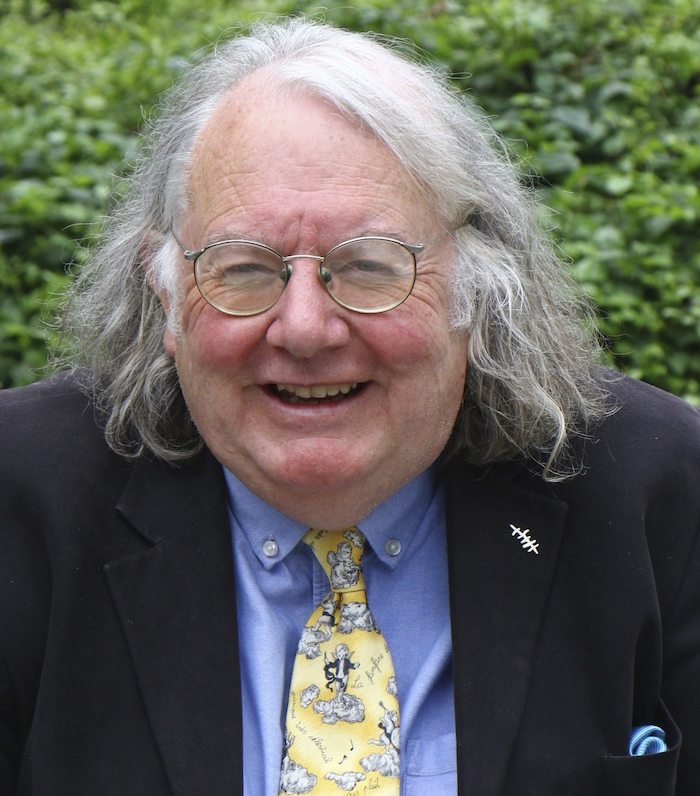 The Galway James Harrold arrived in as a first year student at UCG, undertaking a law degree, was a Galway that was changing. A scene was developing which would revolutionize the arts in the city, and make Galway a cultural capital - and the Tipperary man would have a front row seat.

“When I was in college there was this amazing vibe,” he recalls. “It was only a couple of years earlier Druid had started and the Galway Arts Festival had just begun. Ollie Jennings was a huge influence on all that was happening. He was a dominant personality for me and Mike Diskin.

“Then Gary MacMahon came on board, as did the late Charlie McBride. I remember being involved in the university magazine, Criterion, in 1983. Charlie edited it and then he and I got to have dinner with Seamus Heaney who had contributed a poem to it.

“Outside the university, Alec Finn and Leonie King were important, giving a space to so many musicians, like Micky Finn and Corky, and then, to think that a world class band like De Dannan was from Galway! The whole thing was just phenomenal!”

After university, James was about to start work in a Galway law firm, but “Macnas and the arts centre were starting”, and James left law for a career in the arts. However, his legal background has informed his work in the arts, at both a practical and an ideological level.

'So much money has to be spent on creating pop up venues and galleries that run for two weeks. To get the infrastructure, you need cabinet ministers with power at the cabinet table'

“Things like company law, torts, protections, contract law, are all essential when running an arts venue,” he says. “I also believe law and culture are very important in terms of access and equality, such as with projects where communities co-create work with an artist. There are so many ways in which culture is a great partner in developing human rights. The two fit together. When you try to stifle the importance of creative thinking, that infringes on people’s human rights, so you need laws to protect that. Artists need to express themselves freely.” 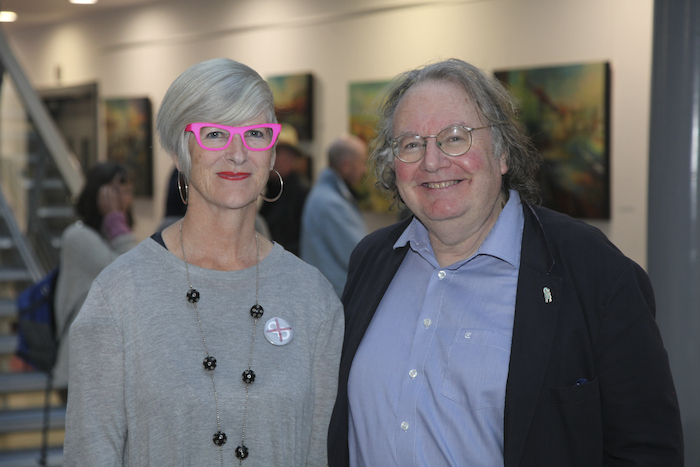 During his three decades as Arts Officer, what was the philosophy driving his approach? “The artist comes first, everything follows from that,” he replies. “I believe in the ability of artists to change the world, and I support the artistic qualities inherent in Galway people.”

He says the Galway City Council, and the many elected members he has worked with over the years, all proved to be very supportive of the arts, and recognised its importance for Galway, although he adds there was “never enough money”, despite City Hall did providing “more than any other local authority for the arts”.

'The Strategic Arts Plan for the city sums up my beliefs for the arts, for arts in the city, for arts in a Gaeltacht environment, a diverse city, and more'

Given those challenges, what rationale did James need to use when allocating funding for Galway's numerous arts groups, organisations, and festivals?

“There is the City Hall Arts Office budget, that is mine to oversee. Then there are the arts acts grants, and while I can advise on them, the councillors must vote on approving them. We have committees with councillors and creatives, and they have to examine if the applicant is a not-for-profit group, the quality of the proposal, the applicant’s track record, and the artistic integrity of the proposal. In more recent years, we’ve also had to incorporate principles on equality, diversity, Travellers, LGBT+, and these principles are now part of the Galway City Arts Strategy which was passed in May. 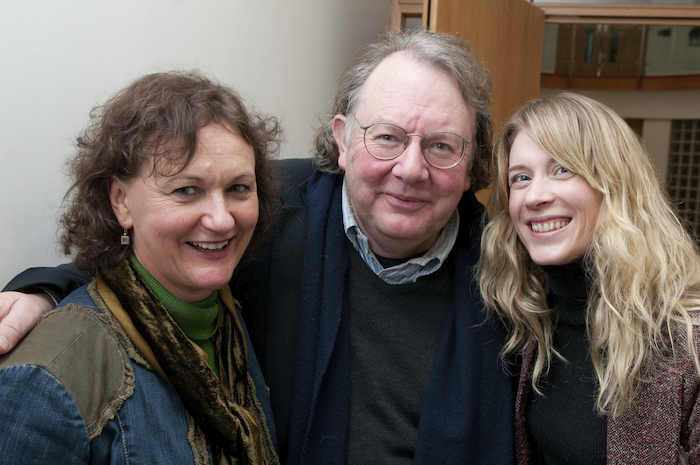 “Every decision with public money, you need to be able to stand over it. There cannot be bias or favouritism. You want to support what is there, and also bring new things in, support the artists coming through.”

A source of frustration for James though, has been the lack of arts infrastructure in Galway. While the city has the Town Hall Theatre, the Black Box, and the Galway Arts Centre, there is still the lack of a formal concert hall and a municipal gallery.

“So much money has to be spent on creating pop up venues and galleries that run for two weeks,” he says. “To get the infrastructure, you need cabinet ministers with power at the cabinet table.”

As he steps down, and the process of appointing a replacement is begun, what does James view as his proudest achievement during his 31 years as Arts Officer? 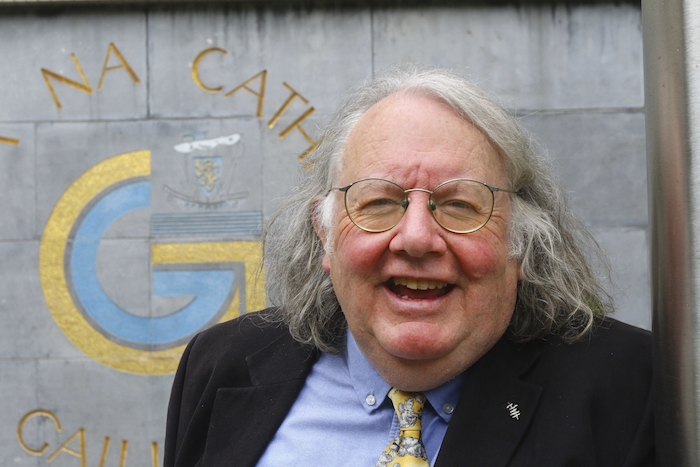 “It’s really difficult to pick one highlight after 31 years, So I’ll pick the recent Strategic Arts Plan for the city” he says. “Compiled and written over the lockdown, by myself and consultant MaryMcAuliffe, it sums up my beliefs for the arts, for arts in the city, for arts in a Gaeltacht environment, a diverse city, and more. It recognises the work done by our fabulous professional artists, arts organisations, community groups, and workers, and credits them, and looks as well to future work in our neighbourhoods and communities and venues.

“It recognises the elements of diversity, equality and human rights, it understands that these principles are crucial to arts life in the future and it promises to support our creative citizens and communities into the future. Born of a lifetime of knowing the arts, artists and communities of Galway it contains my beliefs and intentions for the next generation of artists in the city, and the communities they work with in co-creation and co-curation. It’s my last word as Arts Officer.”