Galway city businesses are being asked to help keep the city clean by taking responsibility for their own premises and cleaning up the areas a metre out from their stores.

This is the message of Labour Galway City West councillor, and chair of Galway City Tidy Towns Committee, Niall McNelis, at the launch on Tuesday of the ‘Adopt a Spot’ initiative, which is being supported and promoted by the Galway City Tidy Towns, City Hall, Galway Chamber, The Latin Quarter, Galway’s Westend, Woodquay, and Eyre Square. 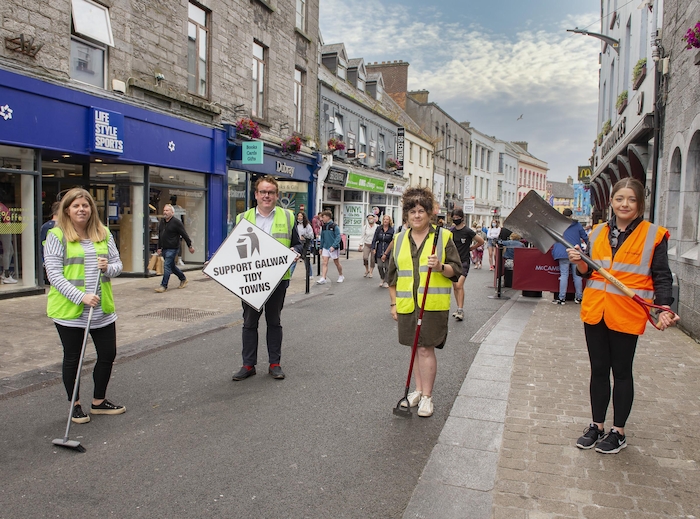 “The ‘Adopt-a-spot’ initiative which encourages businesses to not only ensure that their premises look good but to extend that to spots in their locale which need attention as well,” said Cllr McNelis. “If business owners can take responsibility for the space a metre out from their buildings then we can make sure that Galway City Council looks after the rest.”

Kenny Deery, CEO of Galway Chamber added: “It is by working together that we will continue to keep Galway clean and make OUR Galway a place that we can continue to be proud of.” 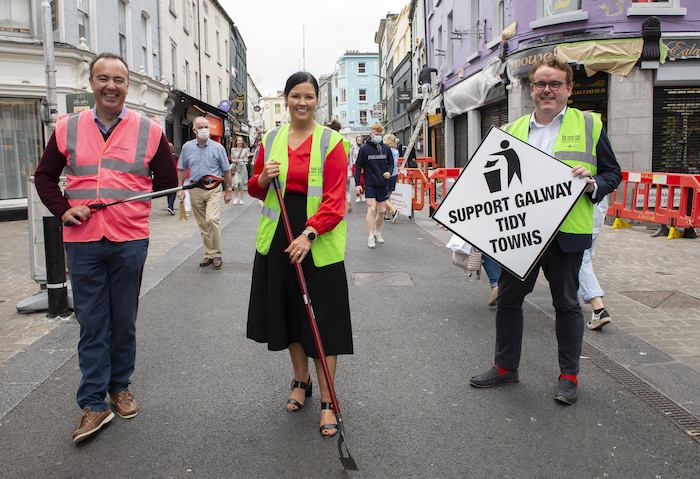 Over the next two weeks, the city council will receive delivery of additional flower boxes for the city and will be repainting the city bollards and fixed posts. Work is also being done to remove weeds, unsightly signage, stickers, and graffiti from public areas.

A ‘snag list’ of blackspot locations is being drawn up and the businesses in the city have been asked to email [email protected] if they identify areas in the city centre which need attention.