“EACH ALBUM reflects the season they were recorded in. “The sound of the seasons permeates the songs. You'll hear footsteps through snowfall, catch the cautious optimism of a clear spring day, and feel the heat haze of a summer day on the west coast of Ireland.”

So says Keith Wallace of the Rusted Rail record label, about River of Amber/Frozen Waterfall, the new double album by the Galway folk-rock/experimental ‘supergroup’, Cubs, which is released tomorrow, Friday July 2.

This is the fourth album from the band - Keith Wallace (Loner Deluxe ), Cecilia Danell (A Lilac Decline ), Aaron Hurley and Scott McLaughlin (Phantom Dog Beneath The Moon ), and James Rider (United Bible Studies ), all well known participants in the Galway underground/avant-folk scene - and comes in a six panel gatefold sleeve.

While Frozen Waterfall was originally a download-only release in the summer of 2020, it now finds a home on CD alongside the newer suite of recordings that make up River of Amber.

As ever with Cubs releases, they marry their experimental tendencies with melodicism and strong songcraft, resulting in a collection of dreamy ballads, finger picked guitar, mellow mood pieces, campfire songs, effects laden electric guitars, touches of blues, Krautrock, and avant-garde. Lyrically, and sonically, the album conjures up images and moods of sun-dappled woodlands, birds, ghosts, and gazing in wonder at the night sky. 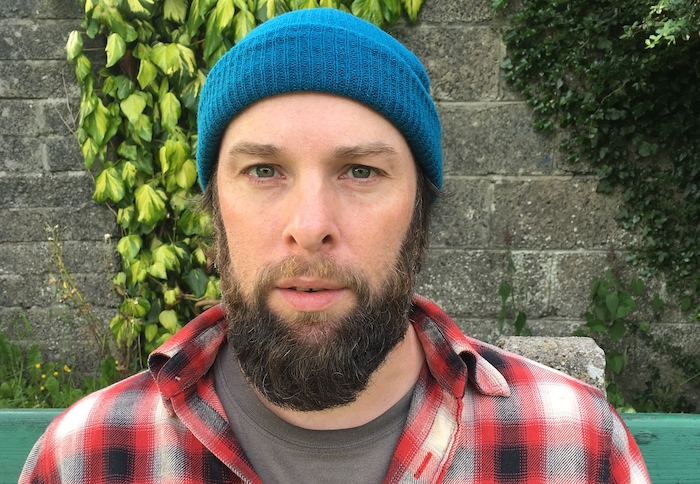 The album maintains the Cubs ethos of remote working, and far from being detrimental to creativity, the quieter pace of life and the extra time afforded by Covid-19 pandemic has actually spurred the band on to become more creative and productive.

“The global pandemic didn't put a dent in Cubs' stride,” said Keith Wallace. “We'd always made music by recording at home with the different musicians adding their contributions in an organic way, and then the songs getting mixed by myself. If anything, the Covid crisis proved to be a creative time for Cubs - hence the existence of this double album.”

Frozen Waterfall was recorded in 2020, with River of Amber recorded in winter and spring 2020-21. Separately they reflect the season they were recorded in. Together, they coalesce to reflect a continuing span of a particular period of time, giving the overall album coherence. 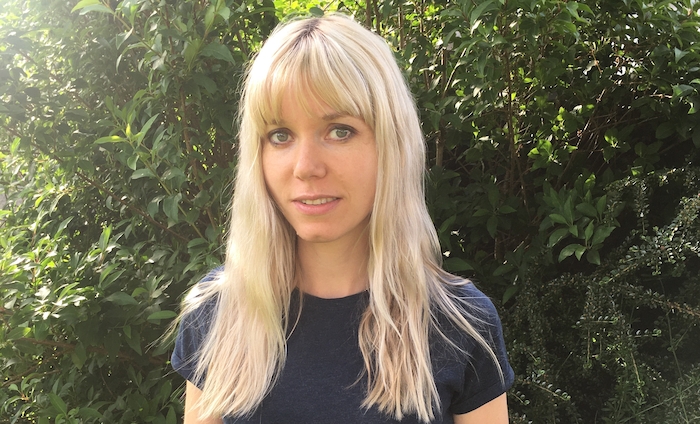 “The album happened quickly and organically,” says Cecilia Danell. “For me it felt like a jigsaw puzzle where we all kept adding pieces here and there, but the one with the actual plan for its completion was Keith.

“Some of the songs are direct responses to things going on at the time,” she continues. “'Time Slowly Melts Away' has to do with the confinement of this past year and longing to be elsewhere. Keith wrote the lyrics for 'Hot Honey Glazes Hills' when an Icelandic volcano erupted and we got busy following its progress via webcam. The inspiration behind the lyrics for 'Crystal World' come from encountering crystalline frost on Christmas Eve.”

For Aaron Hurley and Scott McLaughlin, the Cubs working method is both challenging and rewarding in how it forces them to hone their talents and skills as musicians in service to the song. 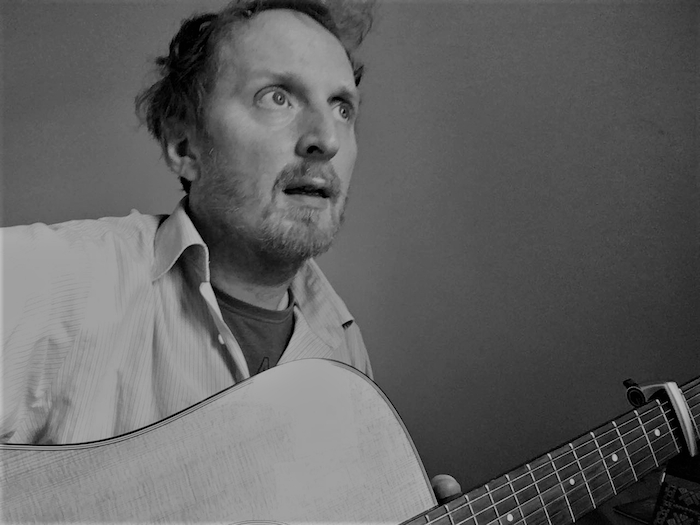 “My memories of the album are mostly trying to figure out which effects pedals to use for overdubs, and then always using space echo and reverb,” says Aaron. “With the guitar overdubs, it was about trying to find the spaces in the spectrum and learning which notes not to play - although I played some of them too.”

“I really like participating in Cubs albums because it’s a very focused process,” says Scott. “I got some audio from Keith to play along with. I don’t think of arrangements, I just find a few things that fit and I send it back; then wait and see how it gets put together. I can take a few different approaches.”

Cubs collaborative approach is best exemplified on 'Hot Honey Glazes Hills'. “This track had a slightly Eastern European feel, with the minor-second melody in the bassline that’s carried across most of the instruments,” says Scott. “I thought the low clarinet would really suit that, adding some dark timbre to the arrangement.” 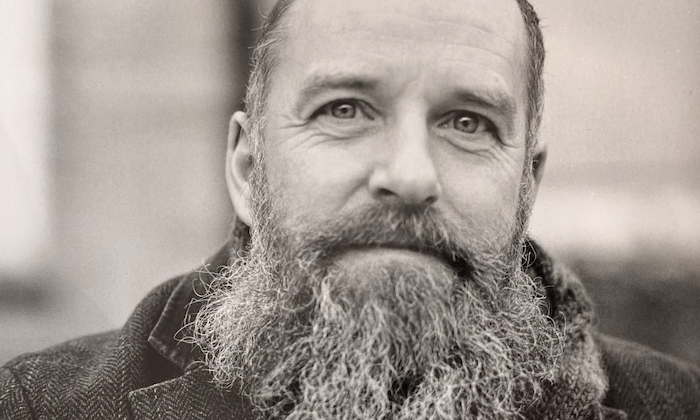 “I remember coming up with the mandolin part for 'Hot Honey Glazes Hills' in the utility room, looking at the microwave,” says Aaron. “It was early in the morning, and only one of my children was awake and playing Minecraft in the kitchen.”

Cubs way of making music is not just a collaborative process of shared and complimentary creativity, it can also be about rediscovery, of seeing the true worth in a once discarded or forgotten idea. This is best exemplified on 'Forest Gate' and 'Faster In The Dark'.

“I was in Sweden for two months at the end of last year, early this year, and spent a lot of time walking in the forest near my family farm,” recalls Cecilia, when asked about the inspirations behind 'Forest Gate'. “After spending the autumn in lockdown in Galway, it felt very restorative to be out in nature, despite December being unusually wet and dull over there. 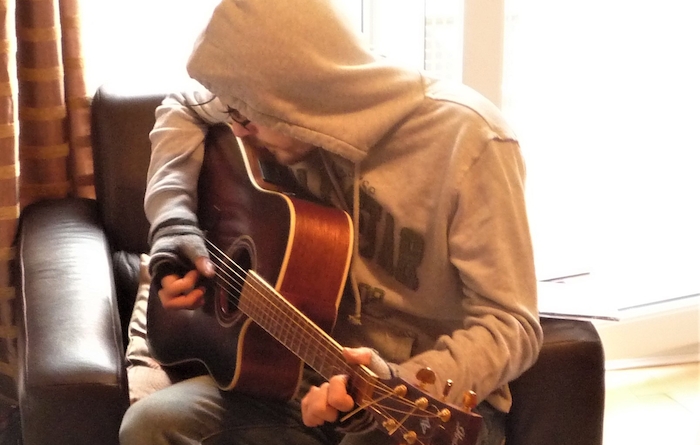 “I especially remember a long walk I did on New Year's Eve, in an area with lots of spongy, bulbous, moss. It being the last day of a strange year made me feel particularly contemplative, and the walk stayed with me.

“The song was written in February, when I was back in Galway again. I often record little riffs and ideas on my phone when I'm tinkering away on the guitar, and I found this melody I'd recorded in November but forgotten all about. The lyrics came from memories of that walk on New Year's Eve.”

Rediscovery also lay behind 'Faster In The Dark'. “Keith found some recordings of me singing and playing guitar for 'Faster In The Dark',” says Aaron. “I had to listen back to transcribe the lyrics, so the others would know what to sing. They might as well have guessed, cause that's what I did. It struck me as the story of three wandering children, looking for a meal, with an awareness of ghosts.”

Cubs release River of Amber/Frozen Waterfall via the Independent Galway label, Rusted Rail as a CD and download. See http://www.rustedrail.com.