“EARLY MUSIC is linked with the history and heritage of Galway. It’s exotic in some cases, and it has that adventurousness and curiosity that appeals to us about what music was then, how it sounded, and how people played it. Above all, it’s simply just good music.”

So says Maura Ó Cróinín, the director of the Galway Early Music Festival which takes place online throughout this weekend, with a series of concerts - including one broadcast from Italy to Galway - featuring 17th and 18th century Italian music, Irish music, German music, work by Bach, Handel, and Rameau, and songs from the era of The Crusades, as well as workshops.

The era from the Crusades to the 1700s is a long one, encompassing massive changes in history, culture, and society, so what then is meant by Early Music?

“It means the earliest notated European music, generally from the 12th century on,” says Maura. “There is some earlier notated music, but it is hard to interpret, but generally it’s music we can read from the 12th to the 14th century, although it does go up to the late Baroque era of the 18th century.”

This is a milestone year for the Galway Early Music Festival as it celebrates its 25th anniversary. Throughout that time, Maura Ó Cróinín has been it’s driving force. What was her own journey to EArly Music?

“I remember when I was a teenager, and for some reason I picked up a recorder and started playing,” she says. “I convinced my sister to learn as well, so I’d have someone to play with. We were living in San Francisco at the time, and the American Renaissance Fair hadf started in LA, and then came to San Francisco. It was an experimental archeology kind of thing, it was really interesting, but also fun. Then there were similar festivals in New York and England. There was something in the air at the time.” 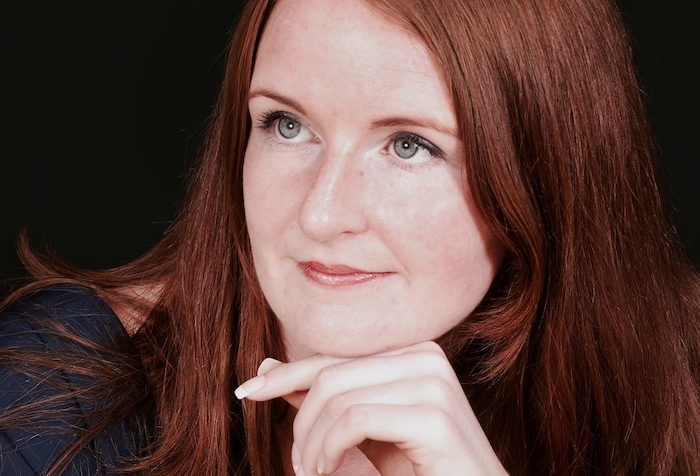 The festival opens on Friday May 21, at 12 noon with an event streamed from The People's Museum of Limerick, featuring Galway soprano Aisling Kenny [pictured above], accompanied by Yonit Kosovske (harpsichord ) and Eamon Sweeney (theorbo/bandora/baroque guitar ) performing works by various Italian composers, including Monteverdi and the pioneering Barbara Strozzi.

“Aisling Kenny has just blossomed and has built a really good career, she’s such a beautiful singer,” says Maura. “Barbara Strozzi is one of the few secular female composers of her era; she wasn't a nun composing sacred music. She was very involved in the arts community of her era, and her work was published in her lifetime, which was very unusual.

“The music at this concert is about ‘giggling maidens and young nymphs...and lots of musical chattering about the birds, the bees, and budding flowers’, so very appropriate for May!” 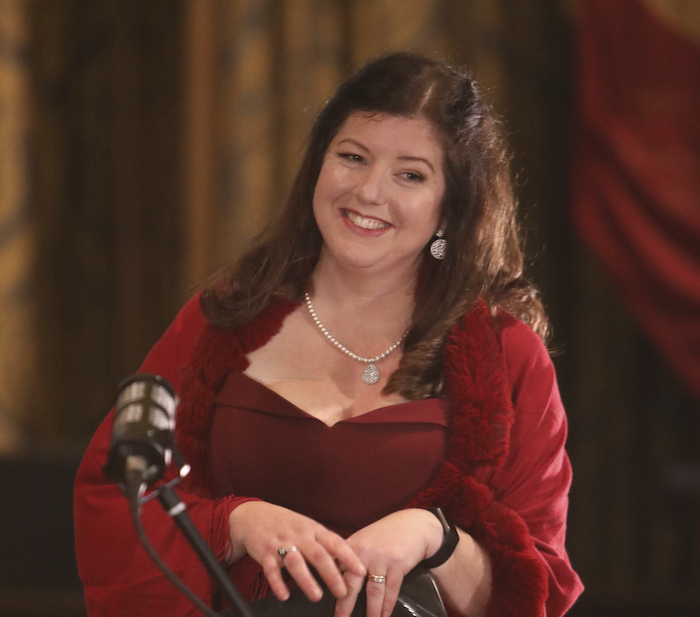 Maura explains why composers from the early modern period such as Bach and Handel can sometimes be classed as early music. “An aspect of Early Music is ‘HIP’ - historically informed performance,” she says. “This brings in instruments, styles, and techniques from the era in which a piece was written. 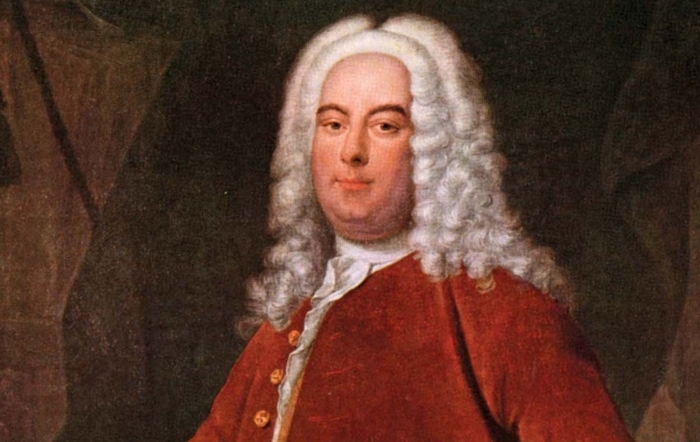 “Today we listen to Handel and Bach on modern instruments which weren't around or weren’t in that form when the composers were alive. HIP sees baroque music being performed on viol, which is closer to a cello, and it has gut strings and frets. Violins were slightly different then, the bows for stringed instruments were more like a traditional bow - bow and arrow - than today, and the playing techniques were different, and we can see this from the manuals and books from the 16th and 17th century.

“All this creates a different style of performance and you hear the music very differently. We hear it as it would have been heard in the 1600s. It gives you a different perspective on these pieces of music.”

Songs of the Crusades 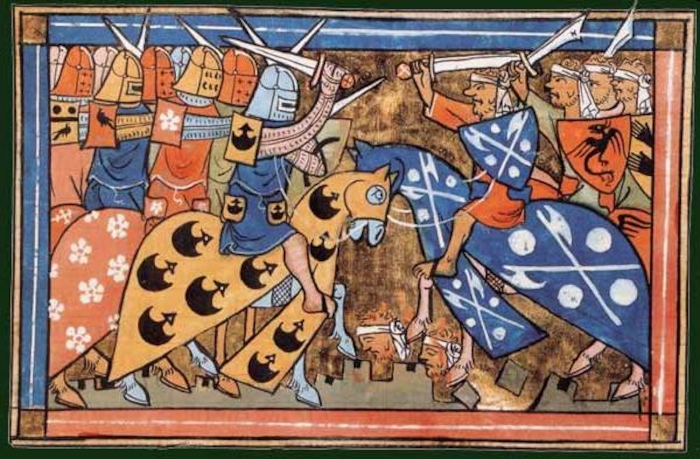 Possibly the most fascinating concert will be the one streamed on Saturday 22 from the Chiesa di Santa Maria del Suffragio in the Italian coastal town of Faro: Passage Beyond The Seas: Songs Of The Crusades will be performed by Enea Sorini (voice, psaltery, naqqara, tambourine ) and Peppe Frana (oud, citole ).

Given the Crusades involved some of the very first pogroms in Europe against Jews, the massacre of Christians by Crusaders (simply for being Middle Eastern and having brown skin ), as well as the anti-Islamic and colonial nature of the enterprise, are the Crusades really something to commemorate?

The festival is well aware of this, and indeed Peppe Frana has written the following to explain the nature of the concert: “As a contemporary philosopher reminds us, there never was a war without poets: the blind and bestial fury of man against man requires the evocation of an irrational and transcendent dimension - it needs the singing of the epic poet, a figure that, not surprisingly, Plato thought should be exiled from the polis.

'Many of the men who fought had to do so for the local lord or baron, they had no choice'

“The centuries-long sequence of the Crusades is no exception. If on the one hand these events represent the regrettable (re- )invention of colonial and religious war, on the other hand, thanks to the human experience of those who took part in them, we can mirror ourselves in the exaltation, the existential dismay, and the meditations of these men, so far from us and yet so similar to us - at least as a stark reminder that no war ever was, nor ever will be, holy.”

Maura points out that these songs have a historical value in giving us an idea of how soldiers and the public thought at the time, and far from being all militaristic jingoism, a more varied picture emerges.

“Many of the men who fought had to do so for the local lord or baron, they had no choice,” she says. “Others found that this wasn’t what they thought it was going to be, and others wanted to get out of this and go home. The songs reflect all that, and we should remember - the Crusades weren’t ultimatley successful.” 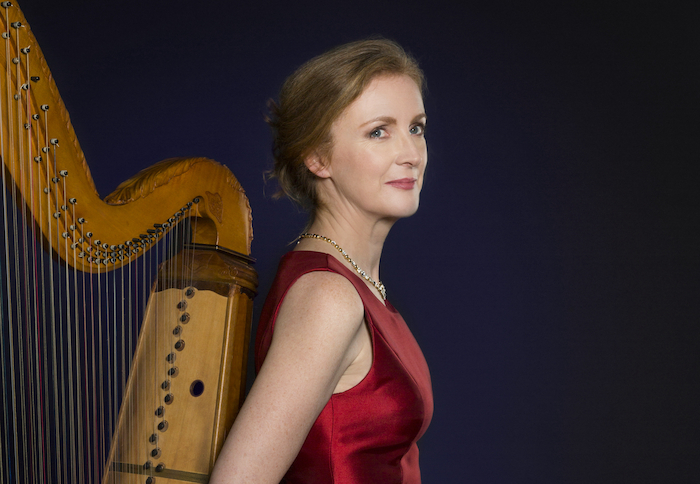 A somewhat similar dynamic lies behind Saints, Heroes, and Kings - 300 years of music across cultures in Ireland (Friday May 21, 8pm ) where harpist Siobhán Armstrong will direct The Irish Consort in a concert from The Mick Lally Theatre.

“This was another colonial situation, with what was happening in Ireland at the time,” says Maura. “On one side a lot of terrible things were happening politically, but musically a lot of interesting things were taking place. It’s one Irish traditional musicians should definitely check out.”

The Galway Early Music Festival takes place from Friday May 21 to Sunday May 23. The full programme is available on http://galwayearlymusic.com/festival-events-2. For tickets go to https://stauntonmedia.ie/galway-early-music.