GALWAY AND Brittany, two regions with shared landscapes, cultures, and histories will celebrate their links with a series of online events this weekend.

This festival is to celebrate Brittany Day (Gouel Breizh/Fête de la Bretagne ) of the GalwayLorient Twinning committee and will take place today, Friday May 14, Saturday 15, and Sunday 16.

Among the 150 Irish towns twinned with French towns, 98 are located in Brittany which represents the most represented French region. Since 1975, Galway has been twinned with Lorient/An Oriant, a sea port and one of the principal towns in Brittany.

The festival will see the Breton flag - the Gwenn-ha-du - flown around Galway Harbour, and there will be four online events involving a film, documentary, visual art exhibition, and a concert.

The Mystery of Henri Pick, the 2019 comedy film shot in Brittany, will be given a free, online screening. In the film, An editor discovers a novel she considers to be a masterpiece, in a library whose particularity is to collect the manuscripts refused by publishers. The film is being screened by the French Embassy and 300 tickets are available.

There will be a free online concert of Pianocean, a performance recorded outdoors in Galway Harbour. Pianocean is an artistic and sailing project, led by the pianist/vocalist and sailor, Marieke Huysmans Berthou. Who sails from port to port to give concerts. She will be joined by Galway musicians Liz Coleman and Michael Chang. For more information see https://pianocean.wordpress.com. 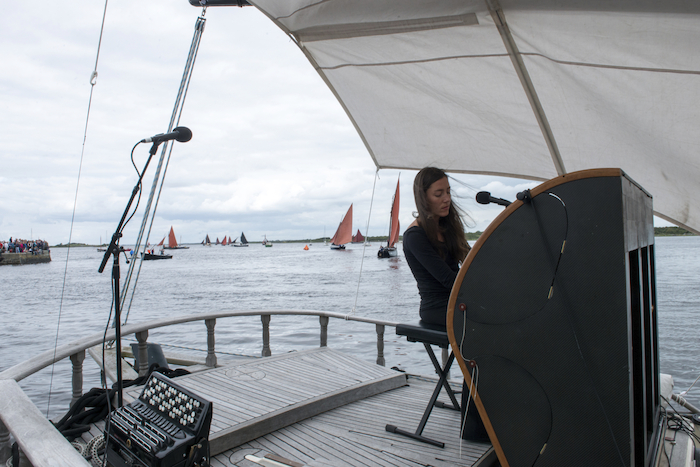 The festival will also host a free, online exhibition of paintings from HANGAR'T - Rural Pop Art Paintings. The artists are from the small Village Nizon in Brittany. The paintings depict the area’s rural heritage, and stemmed from a request for residents to bring old photographs and share their stories to convert those into pop art paintings. See https://visualartists.ie/events/online-exhibition-rural-pop-art-from-brittany.

There will also be a free online short documentary in French, with English subtitles, about Lorient.

The festival is organised by the Galway Lorient Committee, The French Embassy, and Breizheire. For more information on all events during the festival, see https://ie.ambafrance.org and @GalwayLorient.