THIS WEEK on Disney+, the film which won best picture, director and actress at the Oscars has been made available to stream.

Nomadland was a favourite to win the award but it is an unconventional winner, which, in a non pandemic year, may well have popped up on Netflix without much fanfare.

Fern (Frances McDormand ), lived in a town in Nevada heavily reliant on a sheet factory for employment. When the factory was shut down and her husband died she lost everything. The community scattered, she lost her home and job, and now lives in a van and takes seasonal employment and odd jobs.

Based on the non-fiction book by Jessica Bruder, Nomadland: Surviving America in the Twenty-first Century, this is a slow, meandering, film which is very light on plot. Director Chloe Zhao is not really interested in the socio-economics issues that brought Fern to where she is, but in the person she is and what she is doing now.

This approach has been criticised by those who wanted Zhao to be harder on Amazon and the gig economy that has sprung up in the last 10 years, they wanted more of an indictment on the lack of a safety net in America. These are great topics and should, and in fairness are, being discussed. Zhao however is not interested in telling that story and there is nothing wrong with that. 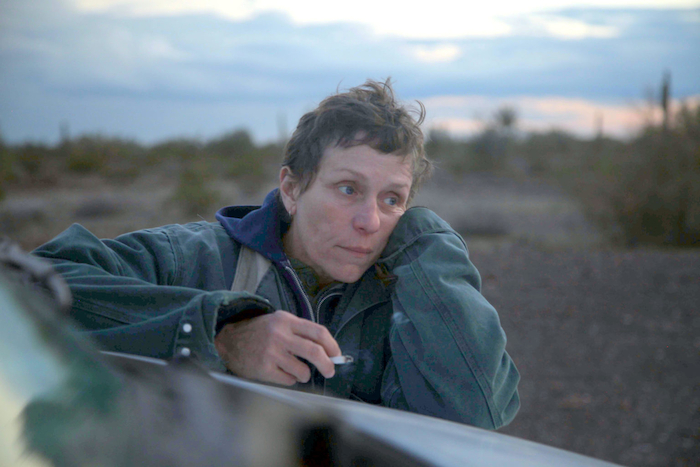 Like Zhao's second feature, The Rider, with the exception of her leads, almost all the actors in the movie are non-professional performers.They are genuinely homeless, and this adds a huge amount to the authenticity of the film without feeling exploitative.

There is one particular scene when a man talks of his son dying before him, or another when a nomad discusses her desire to see Alaska once more before her terminal cancer takes her. Those moments are shattering, some of the most powerful I have ever seen on screen. Such scenes won the director and best film Oscars for Zhao.

The film meanders, the story is transient like Fern. We transition from desert to forest, from canyons to coastal cliffs. She keeps moving with no end goal, the film is the same. It is untraditional in that way, and may put some people off. 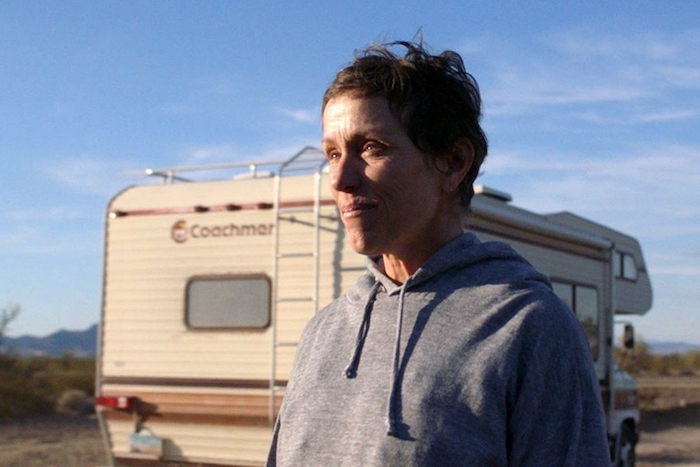 I was not surprised McDormand won best actress (her fourth Oscar ). She excels in this type of role, tough but vulnerable. Fern claims to be houseless, not homeless, and takes immense pride in her belongings and her van. She is hard to gauge at first but softens several throughout the film. There is one beautiful scene when she recites Sonnet 18. I found that very moving.

At its core, Nomadland is a road movie in the vain of Terrence Malick's Days of Heaven, and similar to Days of Heaven it is a stunningly beautiful film - big wide skies and dreamlike painted sunsets. Even though it is available on streaming, waiting until the cinemas reopen might be the best way to see it. Also if you cry in the cinema, no one will see.