The European Union, and its lynchpin project, the euro, had a charmed existence in publicity terms during the worst of the Brexit years from 2016 to 2019.

All EU leaders had to do was appear to be more reasonable than the British Conservative Party. It was an open goal - and they scored with ease. The liberal glow Brexit gave the EU was a far cry from the calamitous PR the EU was buffeted by in the years between 2008, when the banks ran out of made up money, and the climax of the Greek financial crisis in 2015, when columnist Fintan O’Toole - who has since reinvented himself as the leading voice of the pro-EU ultras - wrote in the July 7 edition of The Irish Times: “The EU has taken a decisive turn from democracy...We EU subjects have our own supreme ayatollahs of fiscal correctness now.”

Syriza was elected that January on a mandate of rejecting EU austerity. That position was backed in a referendum that summer by more than 61 per cent of Greek voters. This made no difference because the EU is not run by its people, but by the appointed and, Phil Hogan excepted, usually irremovable members of the European Commission.

The European Central Bank turned off the supply of euros to Greek banks, and the Greek government found itself in danger of soon being unable to purchase essential medicines. Instead of preparing to leave the euro, default on its national debt, and start issuing its own currency, as advocated by Finance Minister Yanis Varoufakis, the Tsipras government bent its knee to the European Commission and Eurogroup finance ministers, abandoned its mandate, and implemented the required austerity.

'If the Irish Central Bank issues our currency, then no one but the central bank can turn off the supply of notes to cash-point machines'

Some will argue that this was a failure of European solidarity and that the EU must be reformed to ensure it never happens again. Such people never say, though, when and how such ‘reforms’ might be enacted, because, whisper it, they will not happen. In truth, the EU Commission did exactly what it was constructed to do in 2008-15. It showed ruthless solidarity with the French and German banks who made bad loans to previous right wing Greek governments and to bondholders in the likes of Anglo Irish Bank. 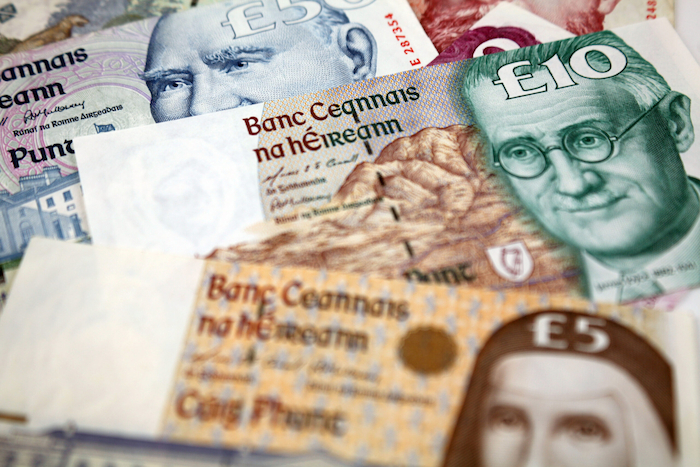 It is fundamental to a country’s sovereignty that it be able to issue its own currency. Even if that currency is pegged to another stronger currency, as the Irish Punt was to Sterling from 1927 until we joined the European Monetary System, a precursor to the much more rigid Euro, in March 1979. Issuing its own currency gives a government two crucial powers. First, it gives them the ability to devalue, if needs be, during a recession; to restore competitiveness by making the things we make; and to sell cheaper to overseas buyers and tourists.

‘The EU’s handling of vaccine procurement has been notoriously shambolic’

If our Government had the ability to devalue our currency between 2008 and 2012, it certainly would have, and the great recession would have been less severe here than it was. The other essential power having our own currency would give us, is that we could never be economically strangled by the European Central Bank in the way Greece decisively was in 2015. If the Irish Central Bank issues our currency, then no one but the central bank can turn off the supply of notes to cash-point machines, ie, what the ECB did to Greece can never be done to us. 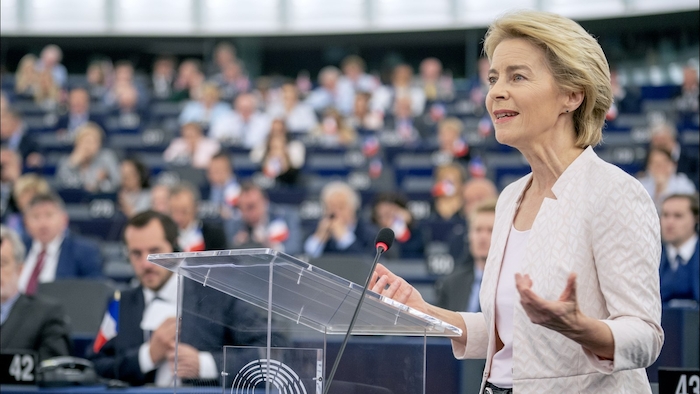 During the Covid crisis, much of the post-2016 gloss has come off the EU. Some has been due to the bumbling leadership of Ursula Von Der Leyen, a Prussian conservative whom no one in Ireland has ever had the chance to vote for (or against ). The EU’s handling of vaccine procurement has been notoriously shambolic. At times it has seemed as if it is being jointly handled by Inspector Clouseau and Father Dougal McGuire. The situation is made worse by the fact that the ever EU loyal Irish Government has so far refused to try and buy additional vaccines outside the EU procurement programme because it does not want to diplomatically embarrass its friends in Brussels. 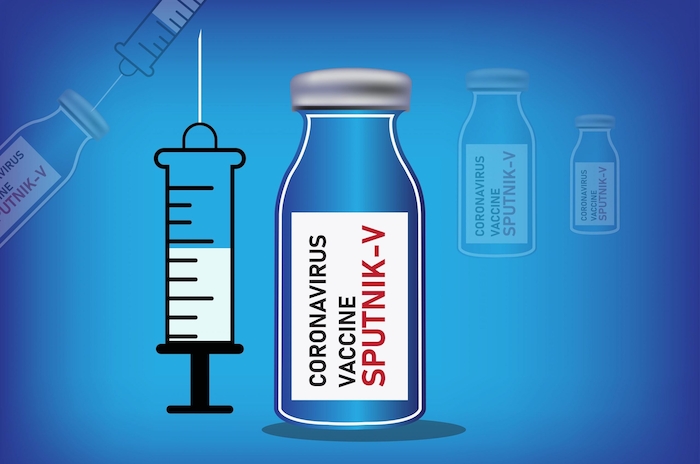 The Hungarian government, despite also being in the EU, has purchased one million doses of the Russian Sputnik vaccine which, from all the evidence, works as well as any of the others, and better than some. This issue is of particular interest to Insider, as he has been told by a helpfully honest nurse he would, as one of the “vulnerable”, likely be “toast” if Covid came Insider’s way.

Micheál Martin and Stephen Donnelly we can vote to get rid of, but Ms Von Der Leyen suffers from no such direct accountability. Another recent calamity has been the Commission’s threat to use the Brexit treaty protocol to temporarily restrict exports of Covid vaccines from the EU into Northern Ireland. This has been presented as a “mistake”. 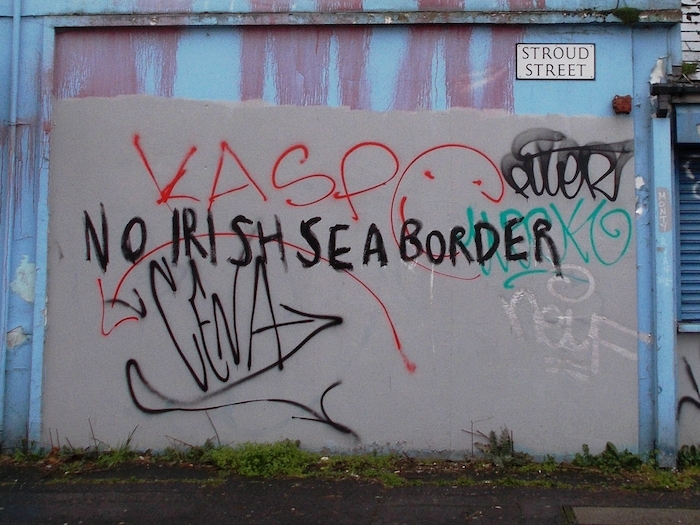 A moment of temporary madness, in which Ms Von Der Leyen appeared to be channelling some variant of Basil Fawlty in reverse, it also spoke of an almost colonial arrogance which makes Insider picture Hapsburg ministers in Vienna signing decrees relating to parts of Poland or Slovakia they had no intention of ever visiting. The EU’s intervention clearly played a significant role in inflaming loyalist anger about the Brexit protocol. Here again, Insider thinks it is clear, when nudge comes to shove, the European Commission do not have our best interests anywhere near their hearts - and we have no direct means of voting them out. 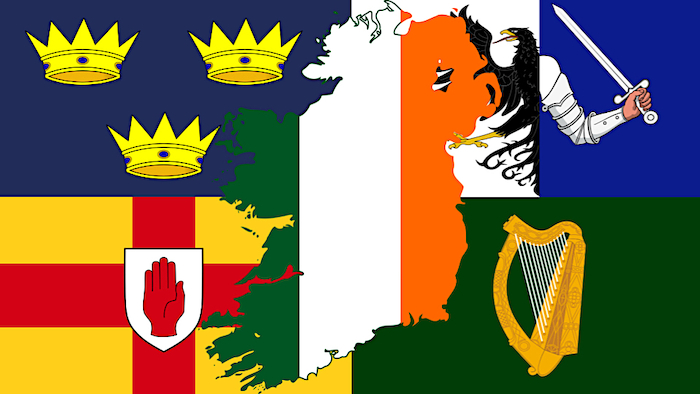 The much talked about United Ireland referendum, though it may be a few years away yet, raises an obvious and, in Insider’s view, entirely welcome question: What would the currency of this New Ireland be? We are currently in the Euro. The North uses Sterling. Pro-Euro voices will say the 32 counties should trade, with each other and the world, in euros, and indeed, it is not easy to break free from the euro.

However, if Ireland wants real independence, and the power to make the economic transformation a United Ireland would need to, such as investing massively in areas like the Shankill Road and Dublin 8, then we must be able to do so without every step of the way having to ask the ECB and the EU Commission's permission.

We could initially peg our new currency to either the Euro or Sterling, or perhaps at a rate somewhere between the two. The economists can work out the details, but the principle is essential. Personally, Insider thinks the new Irish £20 should have a picture of Constance Markievicz on one side and William of Orange on the other.