‘GALILEO’ IS a song which has been good to Declan O’Rourke, opening many doors for him which remain very welcoming to this day - not least the door of Paul Weller.

“He writes the sort of classic songs people don’t write anymore,” Weller said of the Irishman, “songs that sound like they’ve been around forever. Listen to 'Galileo', possibly the greatest song written in the last 30 years.”

While ‘Galileo’ - which originally appeared on Declan’s 2004 debut album, Since Kyabram - has been covered by Eddi Reader, Jacqui Dankworth, and Josh Groban, Weller has remained the most enduring connection forged by that song. Not only has The Modfather become a supporter of Declan, but he has produced Declan’s startling new album, Arrivals, which has just been released on East West Records.

Arrivals is an album of great beauty, simplicity, and real emotional depth. It is also Declan’s most stripped down recording to date, with just the singer and his guitar backed by only minimal accompaniment. Interestingly, Weller was an inspiration for Declan to take this route.

“I knew this record was going to be stripped down,” Declan tells me, during a Tuesday morning Zoom interview. “I was playing Paul’s album, True Meanings. I could hear his immense studio experience, and thought, ‘I could learn from him, maybe he’s the guy. He gets my music. He could challenge me.’ So I texted him, and it went from there.”

The album was recorded in six days in summer 2019 in Black Barn studios, Surrey. The pairing of the Irish folk singer-songwriter and the English Modfather might seem, on the surface, unusual, but since the days of The Jam and ‘English Rose’, there has always been a strong acoustic and pastoral side to Weller’s own music.

“One of the things he’s known for is his acoustic music, like ‘Wildwood’,” says Declan. “I like that Weller has moved around musically, and is not stuck to one style. He’s flexible. There was trust involved. I didn’t know what he’d suggest, so I had to remind myself, I’ve come to let go, and I was repaid one hundred fold.”

'Paul would say, "Let’s introduce these textures’, a solo cello here, a hammond organ there." It was just three or four bars, but it added a touch of class'

Declan reflects on how working with Weller challenged him as a songwriter and performer. “He was steering me towards certain songs,” says Declan. “I had 14/15, so I had options, but he’d always go for the very personal, the most intimate. I had wanted his opinion on what song might make a single or get radio play. He said, ‘Who knows what gets on radio anymore? Let’s make a great record. That’s what stands the test of time.’

“He would ask me, ‘Do you need that bit?’, ‘Could you cut back on those chords?’ I thought, ‘For you I will’, and every time, his suggestions benefitted the song. The ones that were most surprising to me, given I’d started out thinking this album would be really just me and my guitar, was where Paul would say, ‘Let’s introduce these textures’, a solo cello here, a hammond organ there.

“I was wondering how could you introduce these and for them not to stick out? But again, it was an eye opener from a production point of view. It was just three or four bars and then it was gone, but it pulled everything into the modern realm, so it wasn’t too bare. It added a touch of class.

“At the end, Paul said there was three minutes left on a vinyl LP and to write one more song. I gave him two a week later. The one we chose was ‘Painter’s Light’.”

A huge lesson in trust

That process of trusting and letting go was key, not only to the actual recording of the album, but to everything which led to its creation and release. Throughout his career, Declan has always trod the independent path, but for Arrivals he went with East West, a branch of Warner Brothers. Why the switch to a major label?

'I was prepared to give it all up, but I had a couple of friends who gave me good advice'

“It’s a big switch,” he admits. “I found myself in a position a couple of years ago where I was really disillusioned with the way I was having to approach work. I made four records four years in a row, I was managing myself, I was fiercely independent, probably the result of early wounds at the hands of the record industry. 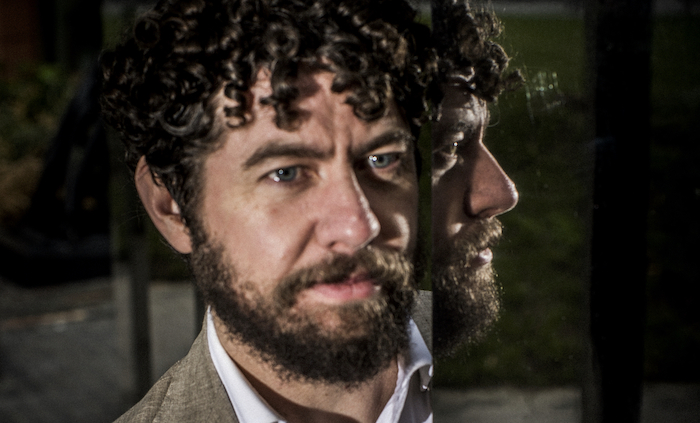 “Then, three years ago, My wife and I had a child and I realised I couldn’t have things at the level I really wanted and do this the way I was doing it. I had other people to consider now and I was prepared to give it all up, but I had a couple of friends who gave me good advice.

“One told me to sit down and ask the universe and the answer will come. My other friend had business experience. He told me I needed to ‘increase my yield’ - you had to get more for doing less. It was a big challenge to let go, get a manager, a record company, a touring agent, and I decided I’d work with a producer. Two years on I can’t believe how well it’s all materialised. It was a huge lesson in trusting and letting go.”

Declan describes arrivals as “a journey about, and towards, family” and two of the most affecting songs in this regard are the title track and ‘The Stars Over Kinvara’. Indeed, ‘Arrivals’, about a family reunion, has taken on a whole new level of meaning and poignancy in this time of Covid-19 and social distancing: “Imagine you hadn’t seen your own for years and years and realise just what you had all this time”.

“It’s the fundamental line of the song,” he says. “I’m a kind of soft person. I am emotional about family. It was about a gathering of my family, history, and emigration. I sobbed my way through writing that. People have these fundamental shifts in their life - moving, leaving, coming back - they are big moments on your emotional timeline.”

Even more personal is ‘The Stars Over Kinvara’. While Declan is Dublin born and bred, his roots are in Galway, as his grandfather, Michael Killeen, was from Kinvara in the south of the county, and the pull of Galway has always been strong. Since Kyabram was recorded in Craughwell and Declan has lived in Kinvara these last 15 years.

'My grandad was from Kinvara and left about 1937. I was always drawn to Kinvara, and ended up living here'

“When we were coming back home after my wife had given birth to our son, I pulled over about 10 minutes from home,” Declan recalls. “It was an incredibly starry night, I’d never quite seen anything like it, it was the end of January, and I started writing the song straight away, about the generations all together. 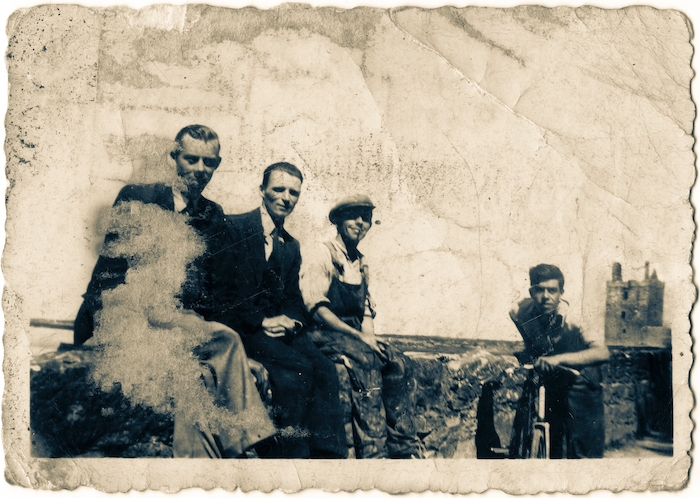 Michael Killeen (with bicycle ), photographed with friends, in Kinvara, in 1935.

“My grandad was from Kinvara and left about 1937. He was an artist and left us this huge collection of paintings of the place. I was always drawn to Kinvara, and as I found out more about his life, I ended up living here. It was very emotional coming here. It’s part of me and I could see that this was where I was going to have my family.

“My grandad never came back to Kinvara, but about two years ago, about the same time as I was making the record, we gathered together his paintings, we got them from across the world, about 40 in all, and for the first time they were exhibited in Kinvara. We brought grandad home in a sense. It was fantastic. He was embraced by the town. It felt like we circled the story.”

Declan O’Rourke, with special guests, will perform Arrivals in a livestream concert from The Abbey Theatre, on Wednesday April 14 at 8pm (GMT ). For tickets go to momenthouse.com/declanorourke

There will also be the option to purchase tickets to the afterparty for exclusive behind-the-scenes footage and in-depth conversations with Declan and his guests.