The current membership of the Galway City Council started their term almost two years ago in a welter of controversy surrounding the forming of a political alliance to hold the balance of power (and positions ) for the following five years.

Then came Covid-19, bringing unprecedented challenges — and as if that was not enough drama, we had a new pact formed in controversial circumstances last year, with Fine Gael involvement this time. Things have gone from bad to worse since, with threats and abuse directed against the Mayor and other councillors.

So how have the elected members performed under pressure? Insider runs the rule over the councillors and, in the spirit of continuous assessment, rates their term in office so far. 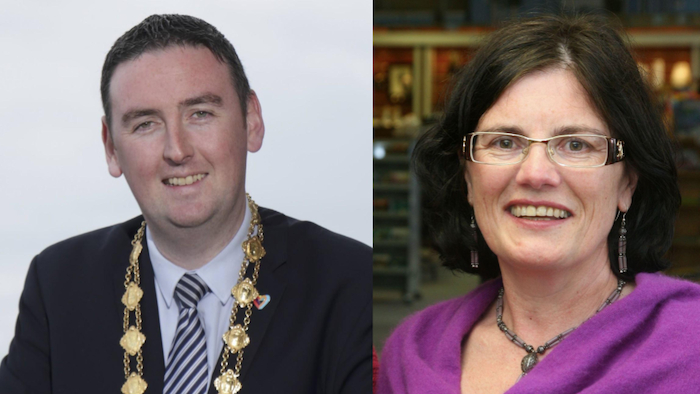 Mayor Mike Cubbard (Independent ): The most unlucky Mayor ever, he managed one full trip abroad, to Milwaukee/Chicago, before the pandemic caused his trip to China to be cut short and trips to Seattle and New York cancelled, along with a slew of home events. Controls meetings well. Has Dáil ambitions, but would need to establish himself in the county — maybe an amalgamation of the county and city councils would help towards that. RATING: 7/10

Colette Connolly (Independent ): A lot of her contributions to meetings tend not to be relevant to the core issues, constantly jumping back in for clarifications. Tends to be big into the details. Will be interesting to watch her interaction with officials when she becomes mayor in June. RATING: 5/10 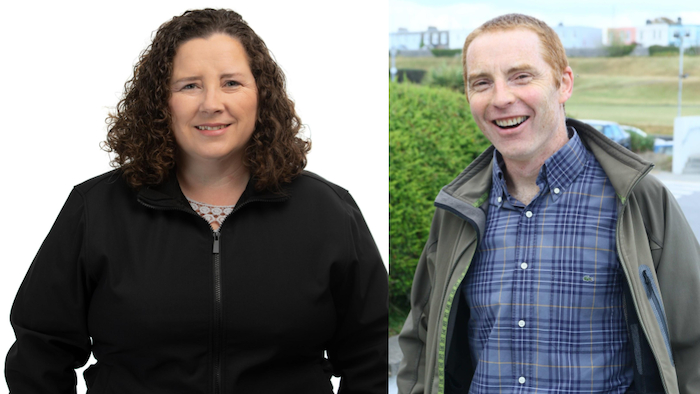 Martina O’Connor (Green Party ): Took leave from the nursing profession to concentrate on politics. Has started to engage in the council meetings after a two-year learning period, reading her prepared contributions from her laptop. Climate change had been her main concentration — but she would need to focus on more local issues too, or she might find it tough in the next election. So far, an ineffective voice but of late appears to be getting a better handle on matters. RATING: 5/10

Niall Murphy (Green Party ): Since being co-opted last year, he has concentrated his efforts on cycle paths and taking parking out of Salthill — without due consideration of the needs of local businesses and tourists. Also strong on promoting light rail for the city. Needs time to develop his skills. RATING: 5/10 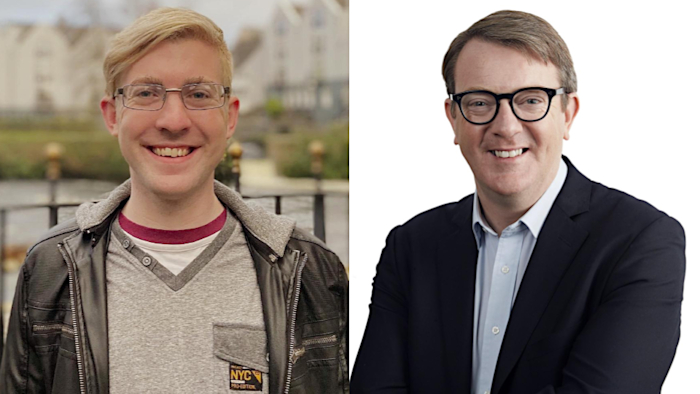 Owen Hanley (Social Democrats ): Active on the ground and has a good grasp of things, but is another who takes a leaf out of Sinn Féin’s playbook by reading prepared contributions from his laptop during meetings. Possible retirement of sitting councillors in Galway City East next time out should boost his hopes of a return to the chamber then. RATING: 6/10

Niall McNelis (Labour ): Labour’s lone ranger does a good job chairing the Economic Development SPC, and indeed in his contributions to the larger council. Fianna Fáil have not forgiven him since the collapse of its attempts to form a ruling voting pact after the 2019 election, leading to tensions at meetings. RATING: 8/10 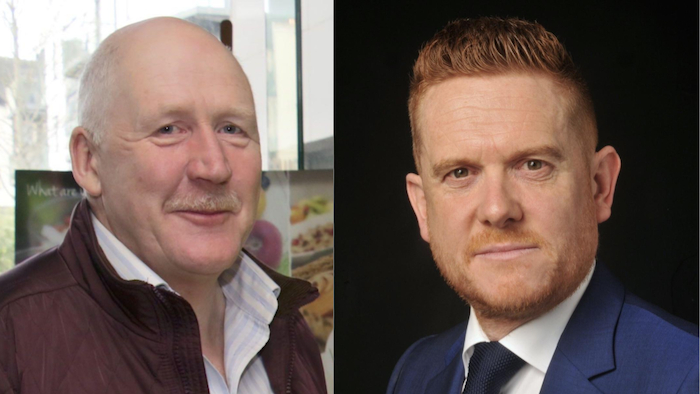 Noel Larkin (Independent ): Performed strongly in the early days of the council but since the controversy over his not becoming mayor, and comments he made at the time, to which some councillors strongly objected, he has become quieter. Often voices his opinions on issues like illegal dumping and anti-social behaviour that many others share but are afraid to express. RATING: 7/10

Alan Cheevers (Fianna Fáil ): Cllr Cheevers is not exactly popular with council executives and staff. Likes to suggest things that are unlikely and is accused of doing this for the sake of publicity, but might do better to concentrate on local issues — though he has drawn the ire of Terry O’Flaherty for getting involved in Ballyloughane issues. RATING: 5/10 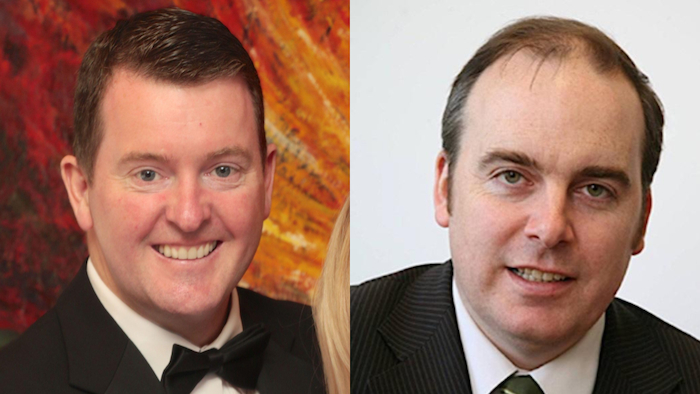 Peter Keane (Fianna Fáil ): An excellent contributor to the council, though he does not get involved in a lot of issues. The busy solicitor is, sadly, one of the few veterans never to have worn the mayoral chain. Strong chair of the Planning SPC, on which he had a recent falling out with community reps. RATING: 7/10

Michael Crowe (Fianna Fáil ): A very steady councillor, tends to only get involved in the more serious issues. Does not tolerate waffle and would prefer a more smooth running of the council. Articulate in his contributions, but outside of the chamber would not be as active on the ground as some others. RATING: 7/10 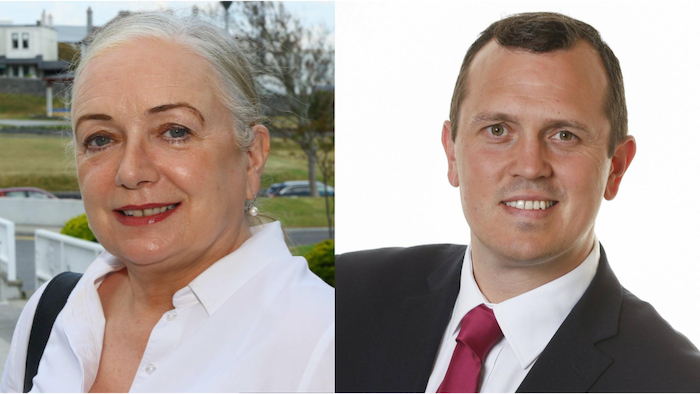 Imelda Byrne (Fianna Fáil ): From auld stock Galway and Fianna Fáil (her late aunt Mary was a former mayor ), she was co-opted onto the council last year. Beginning to find her feet, but needs to find local issues to get involved in to build up her chances of re-election in 2024. RATING: 5/10

John Connolly (Fianna Fáil ): A different politician than when he served one term more than a decade ago. He is now more assertive in his dealings with the executive. Quite vocal in relation to 1916 and 1921 commemorations, possibly proving his republican values ahead of a run for the Dáil? RATING: 7/10 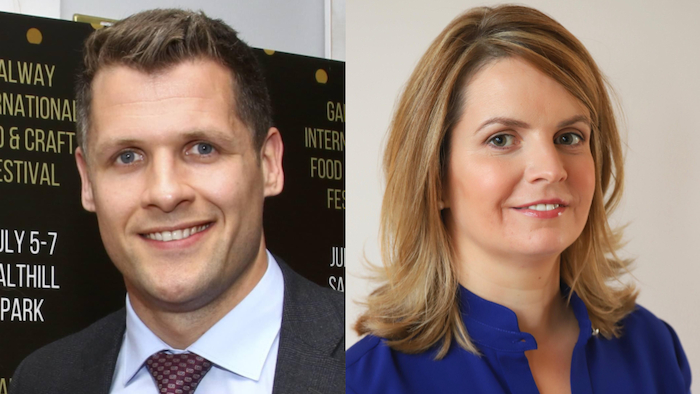 Eddie Hoare (Fine Gael ): Has performed reasonably well, but has been caught up in FG infighting, particularly with Clodagh Higgins. Gave up the chair of the Transport SPC to throw his hat in the ring for mayor. Being an outstanding footballer adds to his appeal among the younger electorate. Insider wishes him well on his upcoming nuptials. RATING: 7/10

Clodagh Higgins (Fine Gael ): The spat with her colleague may be distracting somewhat from a better contribution by the quiet psychologist. Passionate about Salthill, the area she mainly represents, she might need to nibble at the support of Donal Lyons in Knocknacarra to improve her re-election chances. RATING: 6/10

Frank Fahy (Fine Gael ): The long-term councillor is a strong presence at meetings, often raising issues he has unearthed around the city as a taxi driver. Very disappointed at losing the argument over the Kirwan Roundabout replacement. Helped put the current ruling pact together, but will he be able to keep them together? RATING: 8/10

Donal Lyons (Independent ): Fights hard for Knocknacarra, but should remember he is a councillor for the rest of the city too. Fell out with fellow ex-PD Declan McDonnell over the latter’s pact talks with FF. Supports proposed leisure centre for Knocknacarra, though Insider wonders how that might affect Leisureland, of whose board he is chairman. RATING: 7/10 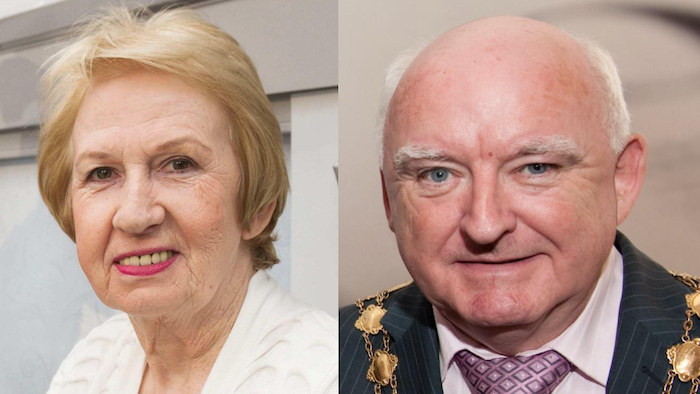 Declan McDonnell (Independent ): Has performed reasonably well, but the fall-out of the pact power struggle may have curtailed his influence. Works well with most people but has become closer to the FF group. A surprise ally to long-time rival Terry O’Flaherty over Ballyloughane recently. However, after 30 years on the council, will he run again? RATING: 7/10

Terry O’Flaherty (Independent ): Terry will be Terry, and has hardly changed in 22 years in politics, still telling mayors how to do their business. Recently spoke of how she has spent one third of her time on the council dealing with Ballyloughane, only to have Cllr Cheevers try to muscle in. Very good operator in answering constituency queries. RATING: 7/10