GREG SINCLAIR is an award-winning performance artist, composer and cellist from Edinburgh, Scotland. He makes performance work in a variety of ways, with a focus on music, sound and movement. His work is often made in collaboration with other artists, children, young people, community members, or its audience. Greg also composes music for theatre and performs in other companies’ work. Here he tells us about his piece in CELLISSIMO.

I’m bringing my intimate cello performance A Piece of You to the CELLISSIMO festival in Galway. This is a work that I have performed on and off for several years but has flourished in the last year in the strange new world of online performance. 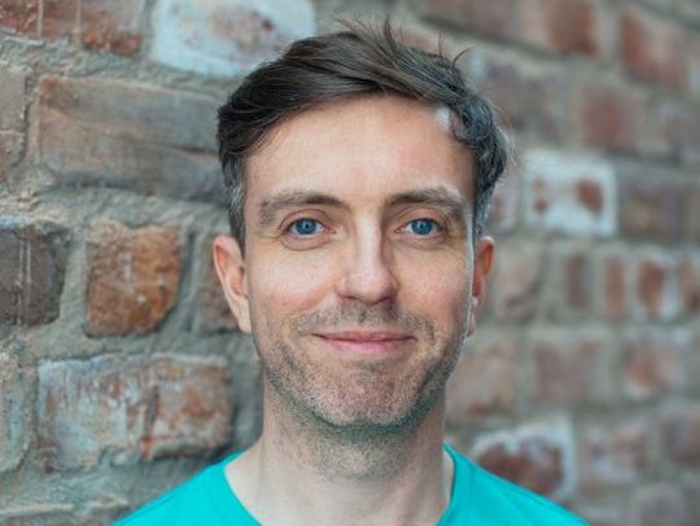 A Piece of You is a 30-minute performance for one person or one family group at a time. I ask the audience member a series of questions about themselves, notating their answers in bold, colourful, graphic notation along the way. I then perform the resulting score on my cello. They also receive the score and recording to listen again in the future.

This performance was first created for an event by the Scottish live art organisation Buzzcut. I was given a brief to create a five-minute performance for one adult at a time. From the start it was clear that five minutes was not enough time for the audience to really consider their answers and for me to consider how to notate and subsequently perform the score.

It was also evident that the work had its own demands – a quiet space so I could concentrate, and the audience could hear, and somewhere that felt safe for the audience to disclose personal information with a stranger.

Over the years the work has found differing audiences and has popped up in surprising locations – a festival for teenagers, in a tent at a book festival, tucked away in a dark corner of a museum, in a café as part of a sound art festival. Then last year, when everything changed, I was given a fantastic chance by Imaginate, Scotland’s organization who promote the performing arts for children and young people. 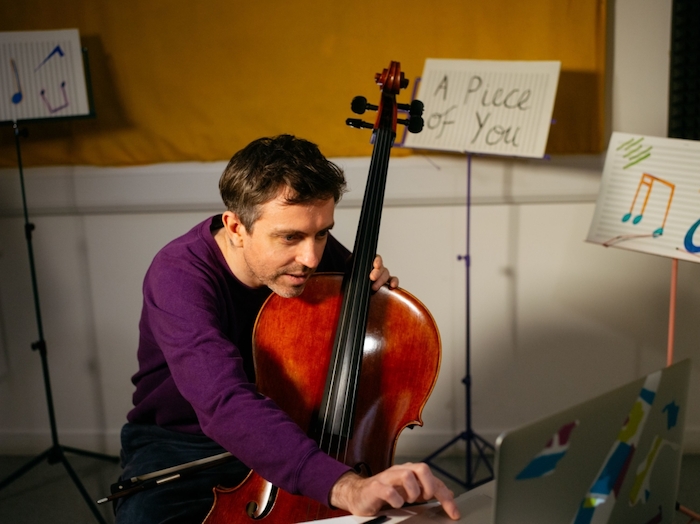 When Imaginate’s annual Edinburgh International Children’s Festival was cancelled last May, it brought together a digital offering of talks, films, and presentations. Festival director, Noel Jordan, knew A Piece of You from when it appeared at the festival in 2017 and thought it could work well online.

Noel’s instincts were correct. I’ve not had to make any (significant ) changes to the work. Taking place on Zoom, the audience attends from the comfort of their home while I’m in the comfort of my studio. We’re both in a space we know well, and I think this really helps the audience to relax and go with the flow.

In a year where I saw tours and projects vanish overnight and many projects remain in an unfinished limbo, I was so fortunate to be able to present A Piece of You to audiences around the world from Ireland to Norway to Australia (there were some very early starts for me with the time difference! ). Now there is a new excitement (and, yes, nervousness ) about performing at a festival dedicated to the cello. I can’t wait. See you online!

As this is a one to one show, there are only fourteen 30 minute slots available on Saturday March 20 and Sunday 21. Booking is via musicforgalway.ie/cellissimo