THERE IS quite a good podcast called This Had Oscar Buzz, which looks at films from the past that were specifically made to win awards, but for one reason or another, failed to do so.

Think Cats last year, or remember The Fifth Estate, where Benedict Cumberbatch played Julian Assange? (Wow, that was terrible ). These films are usually quickly forgotten and released just after the Oscar window, and everyone does the polite thing and does not talk about them.

Cherry, which is coming to Apple TV+ next week is a prime example of this kind of film. It has got a legitimate Hollywood star in Tom Holland who is looking to break into more serious roles, two directors who were involved in the most successful film in box office history, and is adapted from a gritty best seller that is a modern story, but with many classic tropes. How could it fail? Well it can, and oh boy, does it fail.

The film centres around an unnamed protagonist (Holland ). After high school he joins the army and is deployed in the Middle East. He is deeply scared by action and when he comes home he struggles with PTSD. To manage this, he becomes addicted to opioids and to pay for his new addiction he becomes a bank robber. 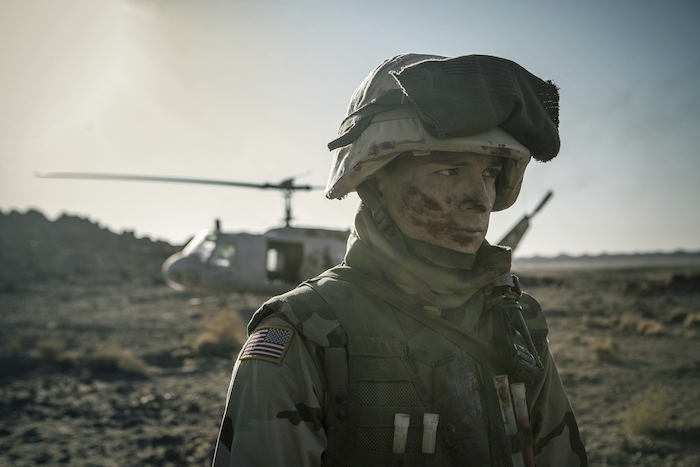 Tom Holland is fresh from the massive success he has enjoyed as Spiderman and this is his first ‘grown up’ film. It is the usual move in a young actor's career. Holland does not look out of place playing 16-year-old Peter Parker, so when you learn he is 24 it makes sense he wants to be seen as a serious adult actor. You cannot play teenagers forever.

The problem is the film feels like a glossy magazine version of a serious issue. It is not even a Micheal Bay movie, it is a trailer for a Micheal bay movie. The voiceover is hammy, terribly written, and badly delivered. The soundtrack is embarrassingly dated for a film set in the era it is. Emotionally, it is entirely weightless, at no point was I invested in the life of our protagonist. Overall just nothing in it rings authentic. It is an MTV video masquerading as a real movie. 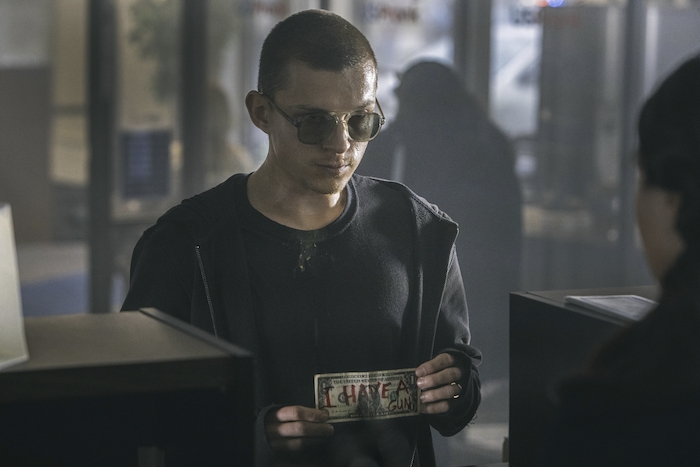 Not only that, but I was aghast to see the film’s run time of two hours and 20 minutes! Haven’t we suffered enough in the last 12 months? Well, I preserved so you wouldn’t have to. No need to thank me. This film could have been a sharp 100 minutes and much better for it.