PUTNEY BRIDGE, London. It is 7.40am on a bright May morning in 2017. A woman is on her way to work when a jogger, determined not to break his stride or change his pattern, pushes her out of the way, into the path of an oncoming bus.

The driver swerves at the last minute, saving the woman’s life. The jogger keeps going, indifferent to what he has just done. Despite the incident being caught on film, and an exhaustive police search, he is never apprehended.

That shocking incident was the inspiration for Once Upon A Bridge, the new play by Sonya Kelly - author of Furniture, the hit show of the 2018 Galway International Arts Festival - and which will be broadcast live from The Mick Lally Theatre on February 11, 12, and 13.

“I was transfixed by that footage and that story,” Sonya tells me during our Monday morning interview. “There was also this desire for justice, or at least an outcome. The jogger was never found and the suspicion is that he had the privilege not to be found. The bus driver is the only one who is known. He’s the only one that came forward.” 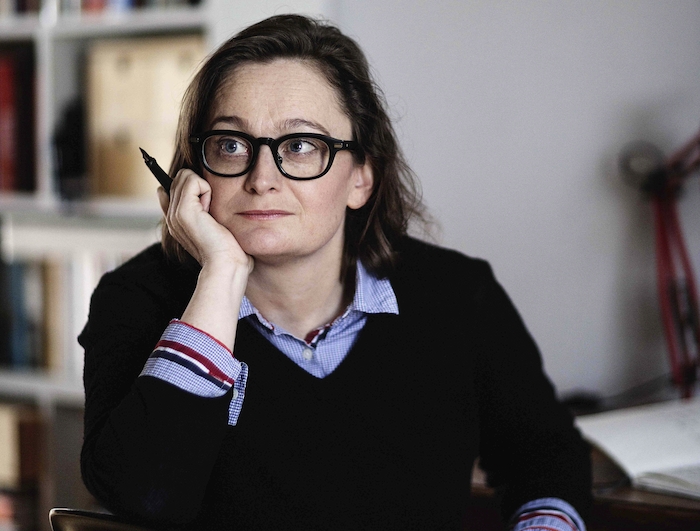 While Sonya was still grappling with, and exploring this story, Garry Hynes approached her with a request. With theatres closed due to the Covid-19 pandemic, and Druid keen to keep theatre going, while adhering to Government guidelines, the company asked Sonya if she could write a play that “spoke not of the times, but to the times”.

For Sonya, the Putney Bridge incident said much about humanity at its absolute worst, and at its best, while ideas of the need to care about the welfare of others, even those we do not know, and being mindful of each person we pass by our encounter, resonated strongly in this time of Covid-19 and social distancing. 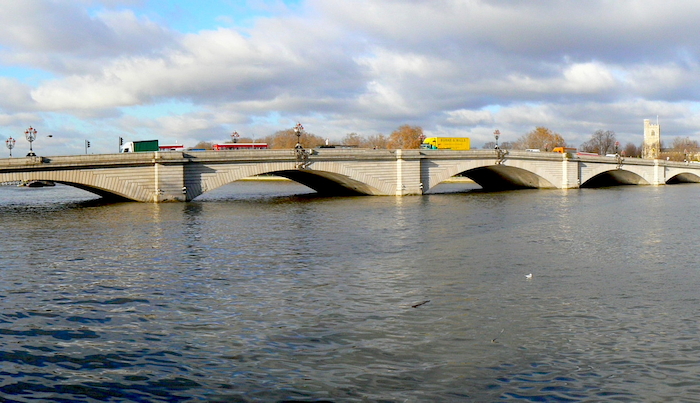 “Everybody has had that person who’s knocked them sideways, and not stopped to say, ‘Are you OK?’” said Sonya. “It made me think of how we should see people, not as a pyramid, a hierarchy, but as a circle. This is a piece of historical fiction, a fiction in search of a truth. It’s about how we fail and succeed in being human.”

‘The three of them are magic’

Once Upon A Bridge will feature Druid stalworth, the great Aaron Monaghan, Siobhán Cullen (The Cherry Orchard, DruidShakespeare ), and Nigerian born, British based, actor, Adetomiwa Edun (Merlin, Bates Motel ), with Edun playing the role of the bus driver.

“The bus driver had only been living in the UK for a few years, he was an immigrant, he swerved the bus just in time,” says Sonya. “His quick thinking saved that woman. If it hadn’t been for that, his life, and the life of his family would have been destroyed.”

Sonya has high praise for the cast. “The three of them together are magic!” she says. “All have good camera skills, they know how to be subtle, how to be intimate, and still hold onto the magic of theatre.

“The play will be performed live every night, and I hope people will feel they are actually in the theatre, not watching it on screen. We are doing everything to make it as visceral and intimate as possible. We hope people take a break from the streaming services and engage with a show in a different way.”

Rehearsals are ongoing at The Mick Lally, and Covid guidelines are being strictly observed. “It’s so strange coming to Galway for these,” says Sonya. “Coming into a city known for its vibrancy and seeing it in hibernation. At rehearsals, everyone wears masks. There is a checklist of things that have to be adhered to, nobody touches, and that is factored into the script. It’s so we can make theatre and continue theatre responsibly.” 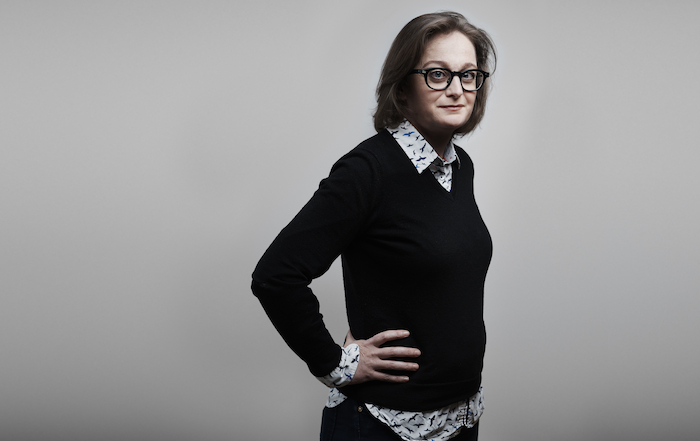 While it is a shame the play cannot be performed with an audience in the room, Sonya is very grateful for the fact her new play is able to be performed in the midst of a pandemic. “I have survivor's guilt that I’m having a new play by Druid at the moment,” she says. “It’s a privilege and I don’t take it for granted. I can’t wait for the explosion of work that will take place when theatres can re-open.”

A birthday cake from Cillian Murphy

The relationship between Druid and Sonya Kelly, goes back much further than Once Upon A Bridge and Furniture. It goes back as far as 1998, to Sonya’s days as an actor and Druid’s production of Niall Williams’ called The Way You Look Tonight.

“That was one of my first big jobs,” Sonya says. “It was one of my earliest experiences of being at a big audition. It was a massive deal to get a part in a Druid play.” 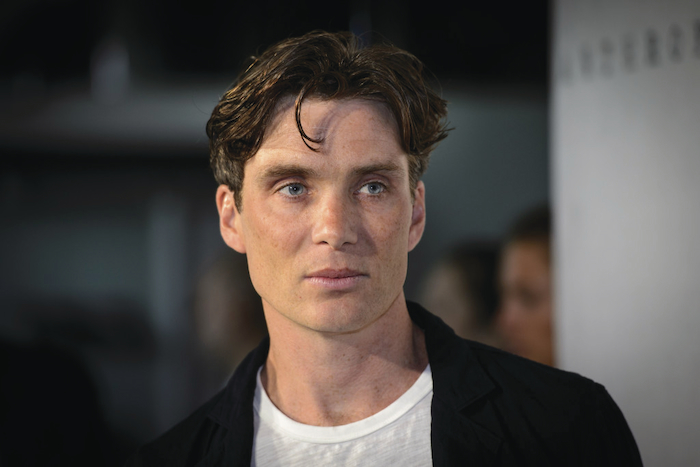 Working on that play would also contain the seeds of Sonya’s future artistic direction. “It was a new play,” she says, “and it was an experience of watching a script being put through its paces. I had this big speech and I couldn’t make sense of it, and I remember seeing someone looking through the script with a pen, cutting it. I was seeing the idea take shape and be refined.”

The next major step in the Druid/Sonya relationship was when Cillian Murphy presented her with a Birthday cake. “We were on tour with The Playboy Of The Western World, it was the end of the tour and we were at The Gaiety,” recalls Sonya. “I was playing Sarah Tansey. It was all done by the stage manager, who was so thoughtful - Druid do birthdays really well - and Cillian, and the cast, came into the dressing room with a cake. To have that on your birthday, and at Christmas time, was a real blessing.” 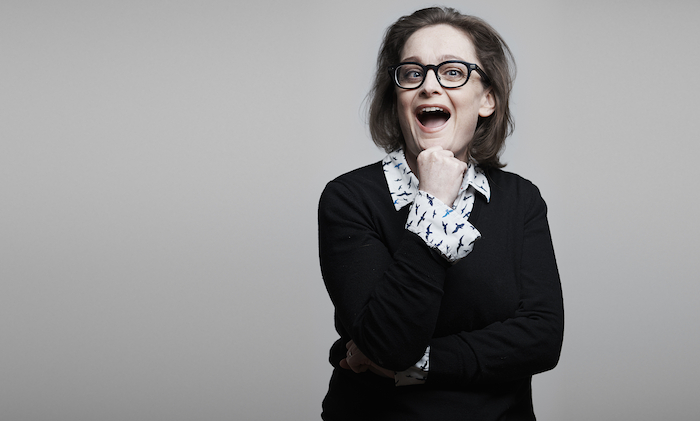 Eventually Sonya put acting aside and turned to “self performance work and autobiographical narrative” as she describes it, enjoying success with her shows The Wheelchair On My Face (a Scotsman Fringe First Award 2012 winner and New York Times’ Critics Pick ) and How to Keep an Alien (Best Production, Dublin Fringe 2014 ).

'Garry Hynes rang me and said, ‘We want to do the play’. I nearly died!'

Following this, Sonya wanted to “stretch the brain, write great roles for great actors, run audiences through an experience, and work out how dialogue works.” She began writing a series of two-hander pieces, which eventually became Furniture. Druid had an open call for new scripts, and Sonya submitted the work, thinking it might perhaps “open a conversation with Druid.” It did more than that. 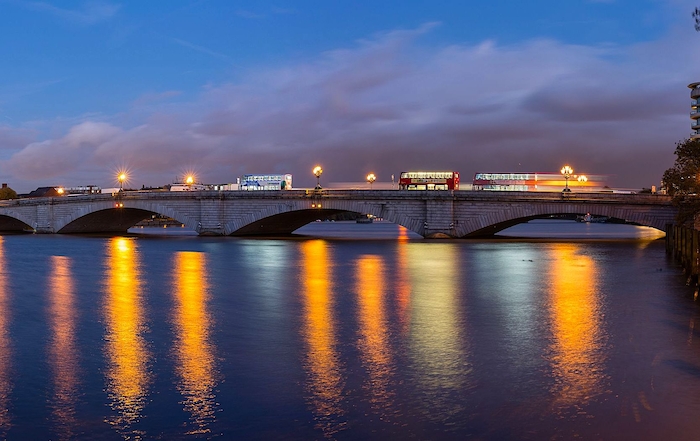 “Garry Hynes rang me and said, ‘We want to do the play’. I nearly died!” says Sonya. “I thought, ‘The game is on’, and so I worked and worked and worked on that script. I remember the opening night of the play, and I’m standing with Garry, and she says, ‘What else have you got?’”

From The Way You Look Tonight to Once Upon A Bridge, it has been an extraordinary journey for Sonya Kelly. “I’ve always been fortunate to be linked with Druid,” she says. “In developing work, I like to keep it simple, dance with the people you can dance with and hope they’ll ask you again. It’s been a most formative relationship.”

Once Upon A Bridge, written by Sonya Kelly and directed by Sara Joyce, will be broadcast live from The Mick Lally Theatre, Druid Lane, from Thursday February 11 to Saturday 13 at 7.30pm (matinee February 13, 2.30pm ). Tickets are available from €15. To book go to www.druid.ie