Eilís Dillon, the Galway born novelist, and one of Ireland's most versatile writers, will be honoured with a new piece of music, and a new artwork, both commissioned by Galway Public Libraries.

Both works are part of the celebrations to mark the centenary of Eilís Dillon's birth. As such, Galway Public Libraries have commissioned Galway composer and musician, Máirtín O Connor to compose a piece in response to one of Eilís Dillon’s best known and highly regarded translated works, Caoineadh Airt Uí Laoghaire. Originally written as Gaeilge by Eibhlín Dubh Ní Chonail, as a lament on the death of her husband Airt.

"It was captivating to watch the creative spirit of Mairtín O’Connor bringing his innovative musical ability to his composition of the Airt Uí Laoighaire suite of music," said Jo Vahey, executive librarian, "and to listen to the wonderful and mesmeric sounds of his completed piece." 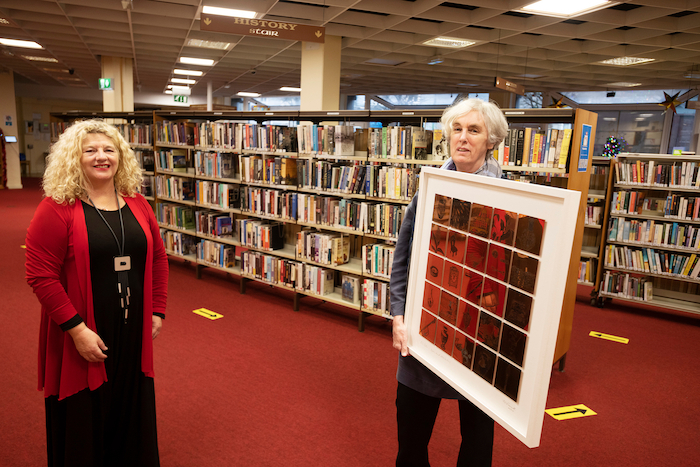 The newly commissioned music will incorporate a bilingual performance of the work with vocalist Ceara Conway and actor Siobhan O'Kelly. The piece will be available online at Galway Public Libraries live streamed on their YouTube channel and Facebook page.

The second commission is a visual art piece, which was awarded to artist Ruth O’Donnell. This led to a collaboration between the artist and Eilís Dillon’s family, linking family memories, Dillon’s contribution to the canon of Irish Literature, and the prominent role she played in Irish culture. O’Donnell artwork will be on display in the window of the Galway City Library.