Tales of the Silkie have been told by firelight by Seanchaí for hundreds of years and it is along the rugged coastlines of the Atlantic where these stories are strongest, with tales of Seal-like creatures climbing ashore and shapeshifting into enchanting beings, seducing unexpecting locals to eventually retreat back to the sea and their original form leaving broken hearts in their wake.

These legends have survived down through the years and entranced a young James Doherty, as he holidayed in his ancestral home of Donegal’s Gaeltacht along the Wild Atlantic Way. It was these stories that inspired James to name Sliabh Liag Distillers first whiskey, Silkie Irish Whiskey.

The Journey to becoming the first legal Whiskey to come out of Donegal in over 175 years started back in 2014 when James Doherty and family returned to Donegal with a dream that was to become Sliabh Liag Distillers, and in the past 4 years he has surround himself with people with a passion for continuing the great Irish traditions of Story Telling and Distilling.

Being a triple distilled blended Irish Whiskey isn’t something uncommon within new whiskey coming to the market in Ireland but what makes The Legendary Dark Silkie stands out from the crowd is the addition of a distinctive Peat character.

On the nose, as we raise a glass that smoke from the peat is very evident but is soft and subtle combined with oak and a touch of fruitiness.

Sipping the golden liquid, we get a sweet vanilla smokiness, with that peat reducing as the sweetness of chocolate and malt comes through with a touch of nutty notes lingers on the palate in a balanced partnership with that subtle smoke.

If you are new to the world of Peated Whiskey and dream of one day enjoy the heavy smoke of Isle Scotch from our brothers over the pond in Scotland well this is your starting point, stepping gently into a well-rounded balance of sweet and smoke that is ideally sipped, siting by a roaring fire in The Skeff on a cold December afternoon.

With exciting things in the pipeline for Silkie Irish Whiskey, join us this evening on our Social Media as we sit down with James Doherty of Sliabh Liag Distillers and discuss the background of Silkie, The success of Legendary Dark and the launch of their new release ‘The legendary Red’. 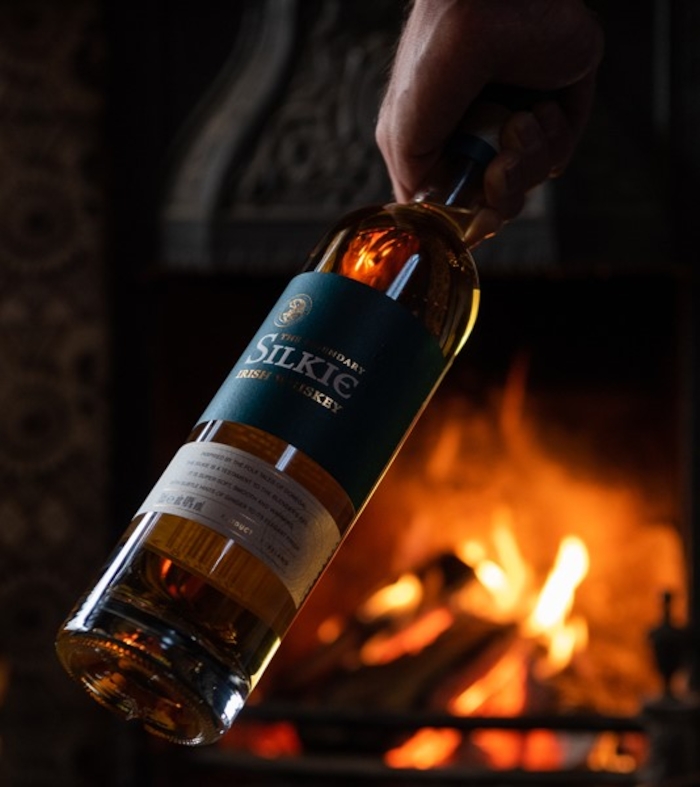