VLADIMIR JABLOKOV’S 2020 captures many of the ups and downs, the obvious lows, and unexpected highs of this strange year, but above all, it encapsulates the sheer resilience of the arts in the face of the pandemic and lockdown.

The classical violinist, who's playing brings in elements of gypsy, folk and pop, has had to re-imagine his much loved Viennese Christmas concerts - always a highlight of the run up to the festival season - in this time of Covid.

His response? To perform these shows as special, exclusive, online concerts, from his home, into homes across Ireland throughout December, all the while allowing this musician to do what he loves best - playing music and interacting with audiences, and in the process helping us stay in touch and sharing memorable moments together.

The challenges of lockdown 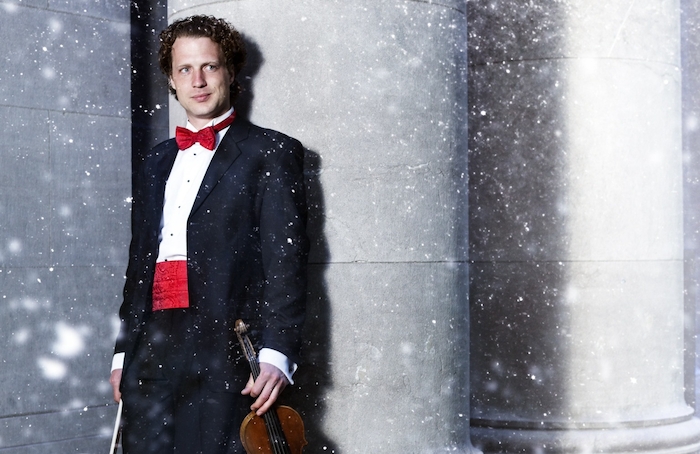 This year has been, as Stephen Fry noted, “a very dark time for the performing arts”, with shows of all kinds, and cultural gatherings, effectively cancelled until a vaccine for Covid-19 becomes widely available.

“As a performing artist, as you can imagine, it’s not been great,” Vladimir tells me during our Monday afternoon interview. Yet, he has found positives to lockdown as well. “Since March, for the first time in months, I had proper practice time. I could do that for five hours each day, and I had more time to spend with my family. Normally I’m busy performing, organising tours and shows, promoting them, so I’ve been able to go back and study.”

In the absence of live shows, Zoom has proven essential technology by which artists can communicate with audiences, but for a long time Vladimir was reluctant to embrace it.

“I love to be able to play for people, and have that interaction with the audience,” he says. “It goes hand-in-hand. A live concert has something special that even the best YouTube footage of a live show can never have.”

A new approach to the Zoom concert 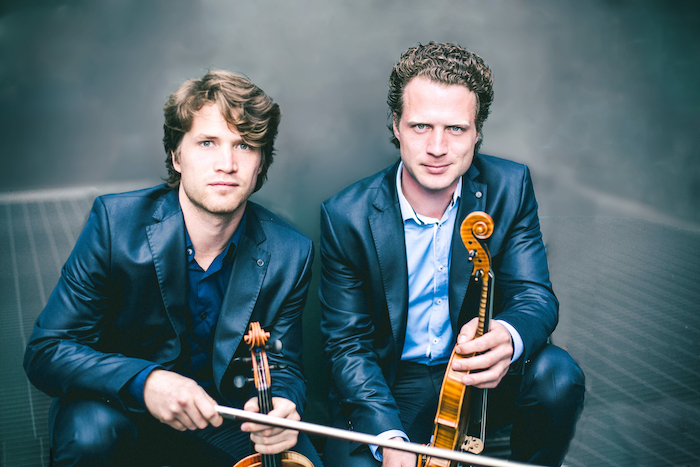 He explored numerous ways in which a live show could be possible without breaking Covid restrictions, but nothing came to fruition. A turning point came, when he received a request for a special birthday performance. “A client of mine, I’d performed shows for a group of doctors, and one of them reached out to me,” says Vladimir. “She asked if I’d perform for her husband over Zoom for his 80th birthday party.”

'I can see people cheering, holding champagne glasses, getting dressed up. The response has been amazing and heartwarming'

Initially Vladimir was reluctant. He usually performs with a pianist, how would that be possible in these times? Eventually, with his brother Anton, also a classical violinist, they performed the show and the feedback they received from those watching convinced Vladimir to re-think Zoom.

“The woman said the show was the highlight of her and her husband’s year, that we would be playing just for them,” he says. “It meant a lot to them as they had been cocooning for several months.”

Vladimir was never going to do online concerts by half measures. That need to connect and interact was paramount. To that end, in his own home, he created a special theatre from which to broadcast the shows.

“If I was going to do this I wanted it to be really, really, good,” he says. “We spent weeks working out and perfecting the sound, getting the HD cameras, the mixing desk, and creating an online venue. It means I can play online concerts, and via the screens in front of me, watch 10 households, see their reactions, hear them cheering, and see them interacting with each other.”

The online shows from the new venue have received a trial run ahead of the December shows, with Vladimir playing a number of birthdays, and his decision to go the extra mile has paid off.

“I can see people cheering, holding champagne glasses, getting dressed up, and calling out requests,” he says. “The response has been amazing and heartwarming.”

From Slovakia to Ireland 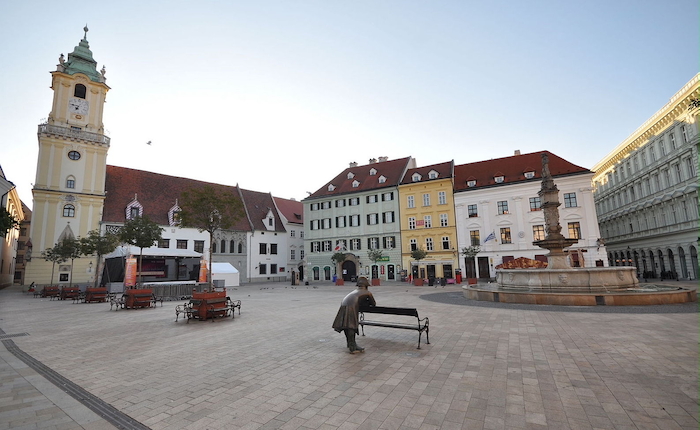 People’s response to music, being able to see their reactions, to connect with others via playing is important to Vladimir. It is why he is running these concerts. It is what brought him back to music after a period when he felt he needed to step away from it.

Vladimir grew up in Bratislava, the capital of Slovakia, one of six children in a family steeped in music. Their father Alexander was a professor at the Academy of Performing Arts in Bratislava, while Katarina, is an orchestral and concert violinist. All the siblings have since gone into music.

“I was born into a family of violinists,” says Vladimir. “We grew up assuming it would be our lives. After completing primary school, which goes onto 14 in Slovakia, I went to a secondary school for music, there was no maths or anything, it was entirely devoted to music. I spent four years there, and was due to go to university.”

'I saw people busking on Grafton Street and the reaction they were getting. I thought I would have a try'

However Vladimir could see that “the classical world was changing, a lot of different things were happening, and I needed to have a think about it, and about what I wanted to do.”

A sense of adventure

Vladimir always had a taste for adventure (“I would often take my fishing rod and go fishing in the Danube or go trekking through the Carpathian Mountains” ) and decided that Ireland would be his destination, after a relative, who was living in Clare showed him photos of the Banner County’s spectacular scenery.

“Without any further research and no English, I arrived in Dublin Airport in 2004 with €600 in my pocket,” he says. “Two weeks later I realised I’d have to call my parents and ask for money or a return ticket home, but I felt it wouldn’t solve anything, and I thought, ‘I’m going to survive somehow’.

Fortuitously he had taken his younger brother Anton’s advice and brought his violin with him. “It was a good decision,” he says. “I saw people busking on Grafton Street and the reaction they were getting. I thought I would have a try. It was that, and the reaction of people to my playing that brought me back to music, and the rest is history.”

Since then, Vladimir (along with Anton ) has performed as special guest to soprano Katherine Jenkins; played support to Il Divo; release nine albums; perform his Viennese Christmas concerts to more than 60,000 people across Ireland; and perform solo shows in venues such as the INEC Killarney, University Concert Hall, Limerick, Wexford Arts Centre, and Cork Opera House.

As December begins, Vladimir, along with Anton, and pianist Adam Kuruc, will play these special live streamed, private, concerts, which can include up to 10 households. There will be four concerts each day.

The repertoire will be based on the annual Viennese Christmas concerts, but there is an option for requests. Each concert will last 45 minutes, and include a personalised greeting and live chat with Vladimir.

Each concert will feature a special guest vocalist. This weekend’s Saturday and Sunday [December 5 and 6] shows will feature Galway tenor Sean Costello. “Sean at those shows will make it very special,” says Vladimir. “He has been such a big part of the Viennese concerts for many years.”

In the end, these shows are, as Vladimier says, “about keeping live music alive, and the experience of a live concert”.

To book a private concert with Vladimir go to Theviolinbrothers.com