THE ARTS are essential to politics, precisely because they can go beyond ideologies and entrenched positions, into the mind and lived experience of another person. Through the artist’s presentation of that life, we can see another perspective; who we might be in other circumstances; or into a reality we have been fortunate enough not to have lived.

For Laurence McKeown, the playwright, academic, and author, who also took part in the 1981 hunger strikes in the H-Blocks, the arts, particularly theatre, has a vital role to play in activism, politics, and public discourse. “The arts take us to a different place, a more human place,” he says.

Lawrence is one of the featured readers at this evening’s Over The Edge, where he will read from his debut poetry collection, Threads. Although published by Salmon Poetry in 2018, it contains poems which date back to his years as an IRA prisoner, and it was in prison his development as a writer began.

An education in prison 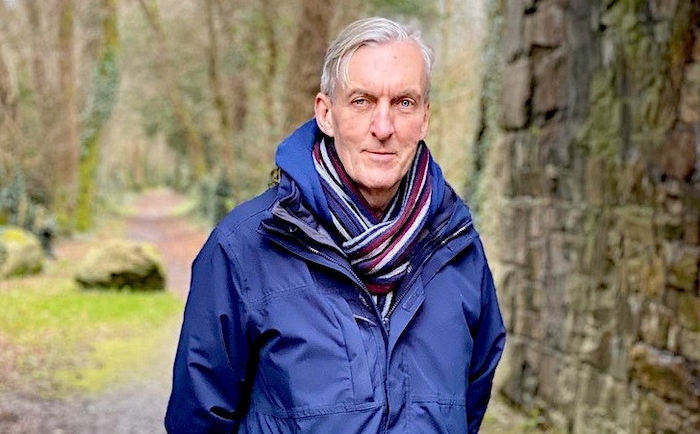 In July 1976, Laurence, then a member of the IRA, fired on an RUC landrover, near Randalstown, County Antrim, resulting in a conviction which led him to spend 16 years in the H-Blocks/Maze Prison, before being released in 1992.

There, Laurence joined the Blanket Protests, and in this atmosphere of “three blankets, no bed, and only a pot to piss in”, Republican prisoners began to question and debate the circumstances in which they found themselves.

“There were no books, no TV, no radio, no exercise, no pen, no paper,” Laurence tells me during our Tuesday morning interview. “In that environment all you could do was talk, discuss, debate. Some guy knew about economics, another about history and politics, another might have been a fisherman on Lough Neagh, but it created an atmosphere of questioning. You couldn’t make a statement and walk away, someone would challenge you on it. 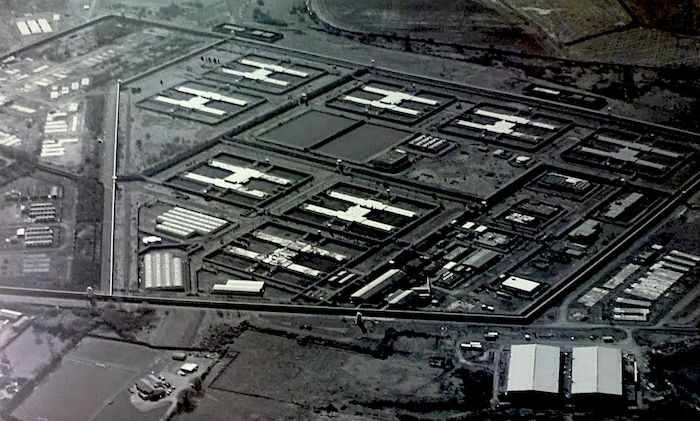 “What I realised from that, was that we had an assortment of ideas that had no coherence, ideas we just grew up accepting from school, church, family, but you never worked out ‘Who am I? I call myself an Irish Republican, but what does that mean? What am I about?’ It was the most educational period of my life.”

Following the end of the 1981 Hunger Strikes - in which Laurence went 70 days without food and was close to death when his family intervened - and the British government, largely granting the ‘Five Demands’ of the prisoners, Republican inmates were able to receive books. 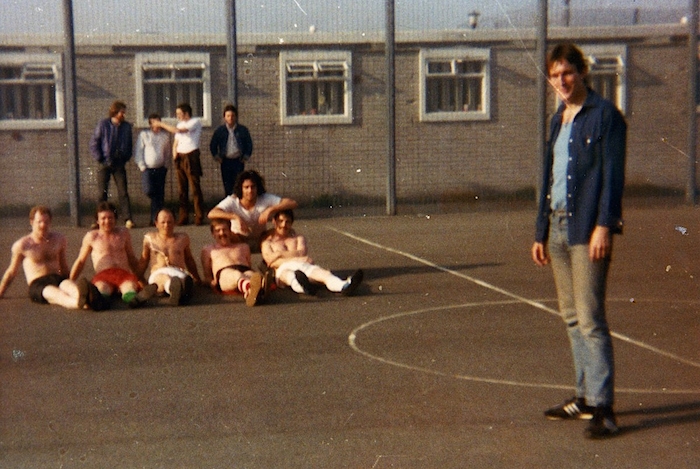 “They would only let us read fiction,” he says. “So we asked our families to get trashy novels, tear the covers off, and paste them onto the books on politics that we wanted. That way we got them in. Eventually the prison let us have non-fiction.”

One of the formative books for Laurence was by Pedagogy Of The Oppressed, by Brazilian writer Paulo Freire. “He would ask, ‘Why is your child sick?’ Because the water is polluted. ‘Why is the water polluted?’ He would get people to question their circumstances and situation. The prisoners developed a comprehensive programme. We would study Feminism, Marxism, struggles in the developing world. People would engage in study. Some, like myself, went on to academia, but mostly it was about personal development.”

The power of the printed word 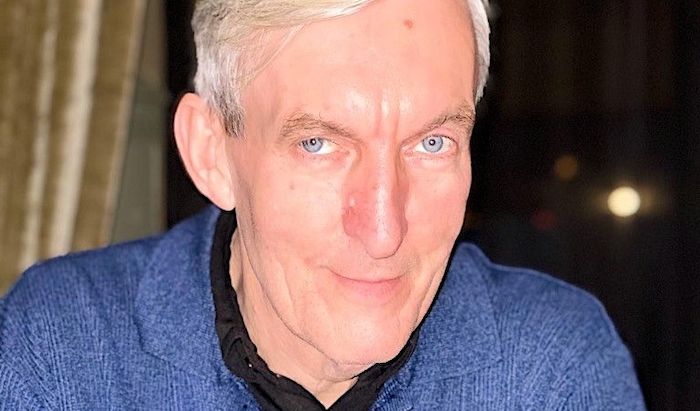 Laurence’s career as a writer begins at this point. By the late 1980s, he was in charge of Republican prisoner education at the Maze, and, with the late Brian Campbell, founded the poetry pamphlet Scairt Amach, and later the magazine, An Glór Gafa/The Captive Voice.

“We typed up the poetry by prisoners on A5 sheets of paper and distributed them clandestinely,” says Laurence. “There is something about words when they are printed. They have a power and a permanence that handwriting doesn’t have. Eventually the prison authorities allowed us to publish openly.”

In prison, Laurence took an Open University degree in sociology, and after his release, gained a doctorate from Queen’s University Belfast. With Brian Campbell, he wrote the screenplay for the film H3 and co-edited, Nor Meekly Serve My Time, the oral history of the H-Block protests. 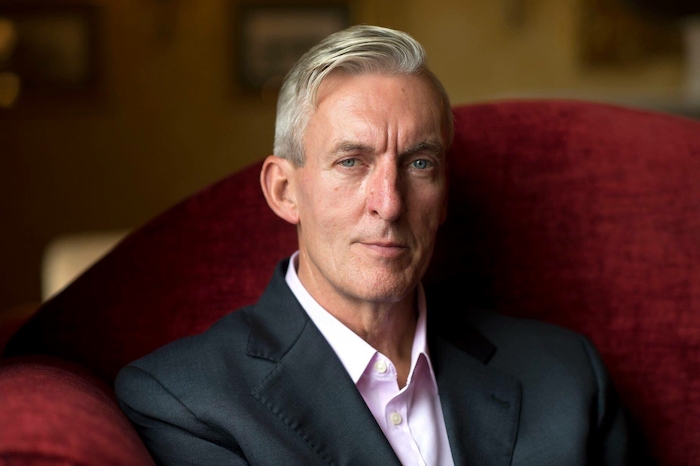 In the years since, Laurence has scripted a TV series, radio drama, and documentary films, and written 12 plays, including 2016’s acclaimed Green and Blue about the experiences of RUC men and gardaí patrolling the border. Why has theatre become the dominant form of expression for him?

“Myself and Brian Campbell were commissioned by BBC Radio Drama to do a play about the hunger strikes, so we wrote Laughter Of Our Children, then we did another one, Cold House,” he says. “We’d already written H3, but film takes a long time, and there is a constant search for funding. Plays are more accessible. You can write a play in six to nine months, rehearse, and have it performed, and there is a reaction and interaction with the audience you don’t get with film. There is something about watching an actor on stage, it’s a very intense experience, in the moment. It’s a shared experience, and it can be very powerful.” 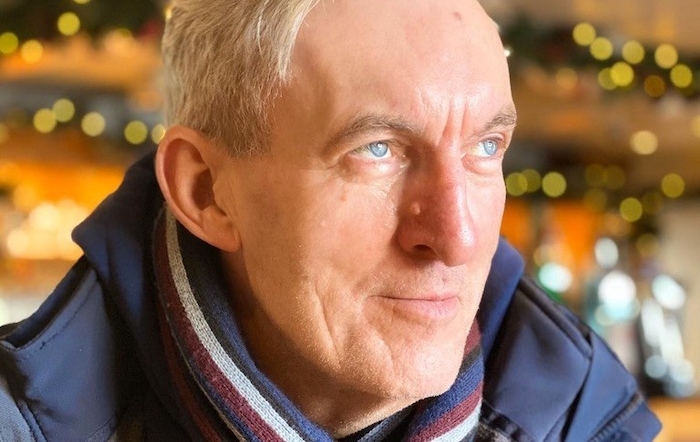 Laurence stands in a long tradition of Irish Republican writing, thought, analysis, and literature, going back to Ernie O’Malley, Pearse, Connolly, John Mitchell, and Wolfe Tone. It gives a lie to the view that Irish Republicanism is only centred on physical force and violence, but why is writing such an essential part of Republicanism?

“Most of the 1916 leaders were playwrights and poets,” says Laurence. “If you are the underdog, there is a need to explain who you are, what your goals are. People try to compare Republicans with Loyalists, saying they are two sides of the same coin, but as Dominic Bryan of Queen’s University says, ‘They are not even the same currency’.

“If you are opposed to what is going on, you have to have an idea of what you want to see instead, there has to be a dynamic so you can change, discuss, create. If you support the status quo, your goal is to maintain things as they are, so thinking, and challenging the status quo, is dangerous.”

The people behind the politics 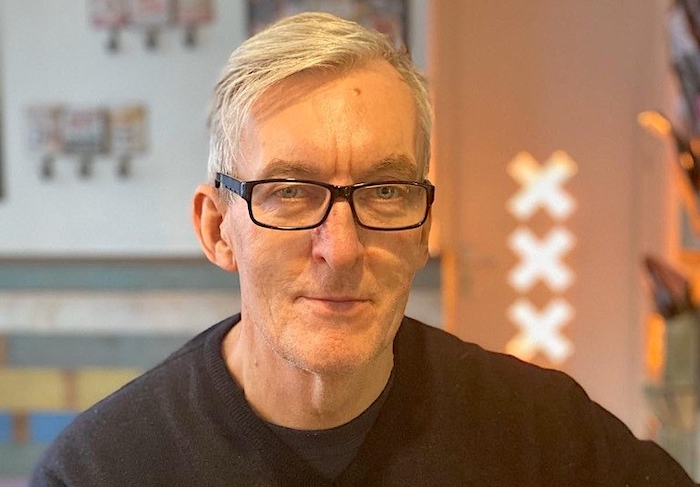 That spirit of challenging himself and his audience - going back to his prison days - now informs Laurence’s view of the arts, which he sees as having a role to play in activism and opening up dialogue between opposing sides.

“Politics can be dry, statistical,” he says. “A person can go to the theatre and see a play about someone they might never meet, would not want to meet, and just observe them. They hear the other person’s experiences, they can be challenged by them, and start from there to ask questions. It gets you past statistics and the impersonal side of politics, and lets you see the real people behind that. If that happens, that piece of art has done well.

“Over the last 10 years in the North, the arts has kept such dialogue alive and happening on the ground,, during times when the assembly has collapsed or been suspended.”

Green and Blue, a play about the border, has taken on a new relevance with Brexit, and how the UK’s decision to leave the EU could result in a hard border returning to Ireland. Laurence describes Brexit as “a disaster”, but believes a way will be found as “nobody wants to go down that route”.

“I remember when writing Green and Blue, it was 2016, and it was about something that was way in the past,” Laurence recalls. “Within a year the border was back as a major Issue. In writing it, I was with RUC men and gardaí. Most of the RUC men knew me, but the guards were nervous, until one of the RUC guys said, ‘Let Laurence get on with it, he’ll do a good job.’ I eventually performed the play for 250 gardaí at a special function.

“We’ve also performed the play in Germany and Lithuania, and received very emotional reactions from people there, as they too know all about borders. It’s interesting how something so local can resonate with others.”