IT BEGINS with a reversal of linear time - with a sunset, and sees the encroaching darkness, not as forbidding, but as a moment to take stock and be glad of what has been, and what is.

This is 'Sunset Song', the opening track of Shelter From The Shadows, the second album by A Lilac Decline - the musical alter ego of Swedish born, Galway based visual artist Cecilia Danell - released by the independent Galway label Rusted Rail tomorrow, October 1.

Chiming chords bathed in hazy reverb and suffused with lush psychedelia create the feel of a summer evening. While its lyrics acknowledge an underlying unease ("We just laughed and hid the evidence" ), it refuses to give in to pessimism, its closing refrain, "We'll be fine, we'll be fine", instead offer hope and reassurance.

That sense of compassion and empathy is key to the entire album. "The lyrics reminisce about things that a lot of us have been longing for, like being able to move about freely and not having to worry about proximity or touch," she says. "The common thread that runs through these songs is that of a shared humanity. 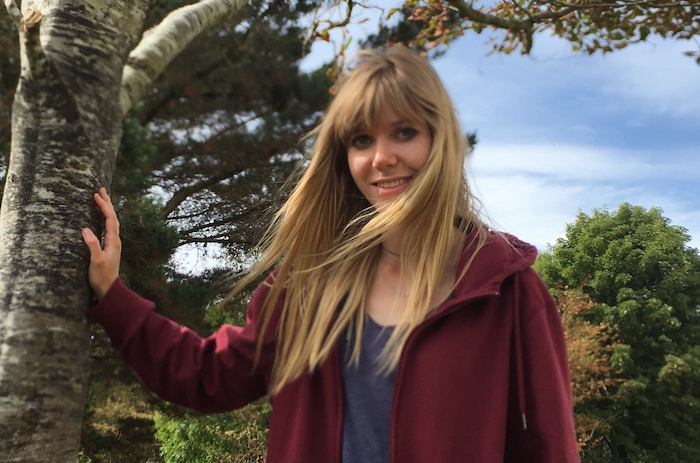 "We may have spent a lot of this past year apart, and a lot of that time has been quite lonely, but struggle, grief, and perseverance are not unique to any one person. Neither is joy and curiosity. Shelter From The Shadows recognises sorrow and joy and all the multifaceted aspects of life."

Shoegaze defines much of the sound and approach on this album, not only 'Sunset Song', but also 'They'll Never Know', with a guitar riff straight from PJ Harvey and a chorus that owes a debt to My Bloody Valentine, but the sentiments and delivery are all Danell's own.

'Burn For You' is the album's most personal song - a tribute to Danell's late father. "It felt cathartic to write," she says. "as it helped me move from a debilitating sense of loss to a stage where I was able to celebrate the things he taught me and how he would live on through me via all the ideas still waiting to happen."

'With this album, Danell has crafted her finest musical statement to date'

Not that the folk-rock elements of her debut have entirely disappeared. 'Stars Seem So Far', with it's lilting, swaying melody, and three-note repeated refrain (on what sounds like an accordion ) has a ring off real inspiration to it; 'Blood Red Moon' is an acoustic delight; while 'UV Light' blends elements of folk, dream-pop, and seventies sci-fi to create one of the most lush and beautiful songs Danell has yet written.

A multi-talented artist across two fields - visual arts and music - Danell has crafted her finest musical statement to date, and in the process created one of the best releases to emerge from Galway in 2020.

Shelter From The Shadows (RR46 ) is available as a CD release. See also www.rustedrail.bandcamp.com