THE GALWAY International Arts Festival Gallery - located in the An Post network of buildings just off William Street - is open until Saturday September 26. 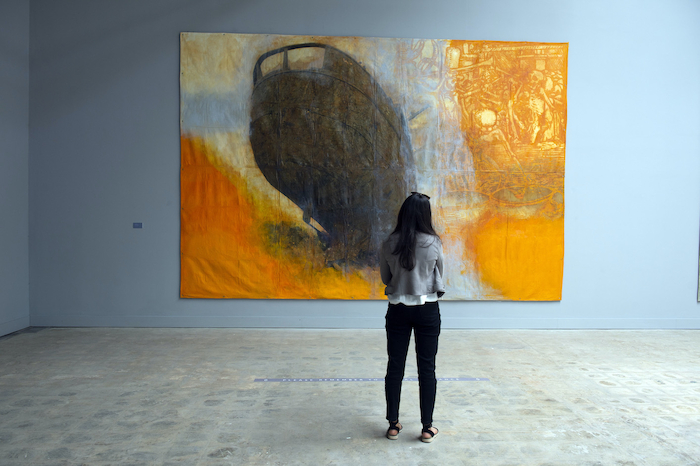 Hughie O’Donoghue's Night Cargo was inspired by the classic 1922 horror film, Nosferatu. “In the film a vampire arrives bringing plague to the town," said the artist. "I always thought the film was an allegory of the First World War, but it was made in the years following the Spanish flu pandemic. My paintings and their large scale and metallic tonality were intended to mirror the visual sensation of the early cinema’s audiences' encounter with the ‘silver screen’."

The paintings in Night Cargo were made on re–proposed materials, tarpaulins, and sacks, a reference to the ongoing crisis of global sustainability, as well as to memory, via references to the sea.

Three Women is part of Bill Viola’s Transfigurations series, which reflect on the passage of time as well as personal transformation. In this work, a mother and two daughters approach an invisible boundary. They pass through a wall of water at the threshold between life and death and move into the light. Soon the mother recognises it is time for her to return, and eventually her children follow, each tempted to have one more look at the world of light before disappearing...

#StaySafe while visiting the gallery 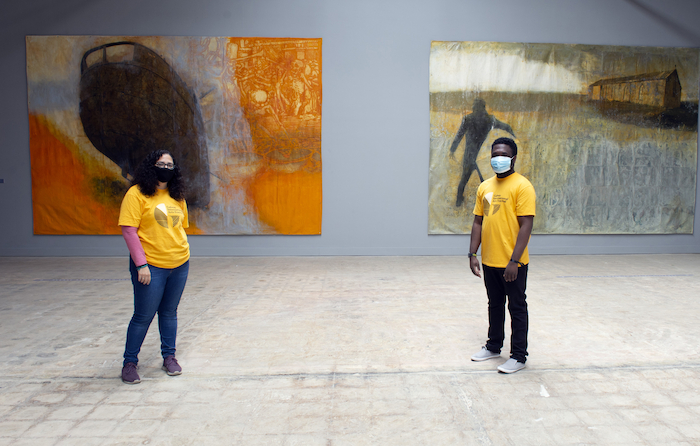 The gallery is operated as a controlled indoor environment in line with public health guidelines. Entry is free and there are facilities for pre-booking and drop-in visits. One ticket covers access to both exhibitions. See giaf.ie

The gallery is open until September 26. Opening hours are 12 noon to 6pm, Wednesdays to Sundays, with late opening on Friday (until 8pm ). Face masks should be worn while visiting the exhibitions.