WHEN MARY Coughlan began work on the album that would become Life Stories, there was no such thing as Covid-19. She completed the album during lockdown, and has released it, when small scale music gigs are possible.

It is another remarkable chapter in the life stories of Mary Coughlan, one of the greatest singers to ever come from Galway, and who is also, arguably, Ireland’s finest jazz vocalist.

Life Stories - released last week - is a triumph, one the best in a career spanning 35 years. “The response has been amazing,” Mary tells me during our Tuesday afternoon conversation. “It’s been number one on iTunes and Amazon, the support of people has been incredible.”

It also garnered five star reviews from Music Republic, Get Ready To Rock, and Musicriot.com, while The Daily Mail quite rightly said it was made by “a consummate talent at the top of her game”.

'An interesting experience for me' 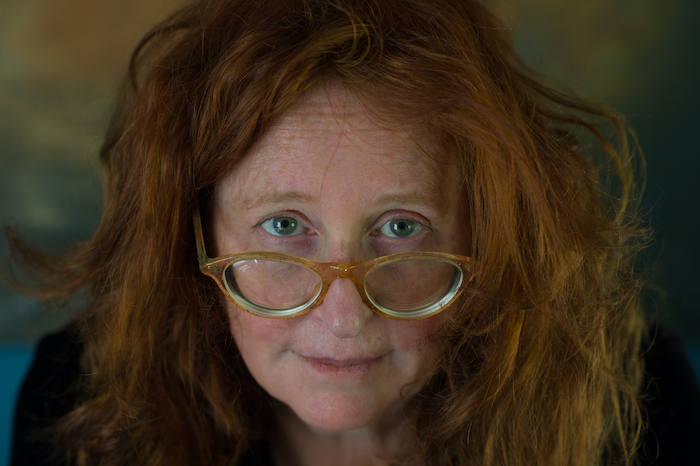 “We stared at the end of 2018, then I went to London in January 2019 and spent a couple of weeks each month working on it for about a year,” says Mary. “The last visit was in February, and then Pete Glenister [Mary’s co-writer and producer] had time booked in a studio in Dublin. That’s when lockdown happened.”

'High Heel Boots' is a song of female empowerment. I feel I’m better than I used to be'

The album had to be completed remotely, with Pete sending Mary the recordings for her approval and comments. ”I’d have to listen to it, pause, write down what I thought, and he’d fix it,” she says. “It was a very interesting experience for me.”

Life Stories is by turns powerful, swaggering, sexy, harrowingly raw, and deeply honest, running the full gamut of emotions from cabaret (‘High Heel Boots’ ) to late night jazz balladry (‘Elbow Deep’, ‘No Jericho’ ) to some of the most exuberant pop orientated songs Mary has yet done (‘Forward Bound’, ‘Steps Forward’ ). 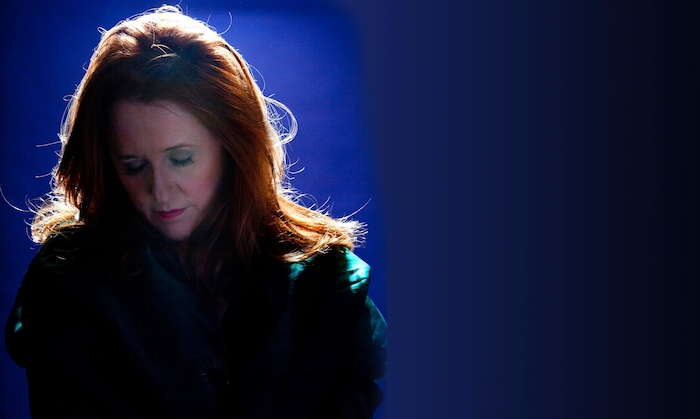 Opener ‘High Heel Boots’ sounds like the listener is about to walk into the coolest burlesque club imaginable. “It’s a song of female empowerment,” says Mary, “and I feel I’m better than I used to be, at performing, at songwriting, so it’s about that.

The recent single, ‘Two Breaking Into One’ marks the other side of Life Stories, and Mary admits it took her “15 years to feel comfortable with writing that song”.

“We were together for 17 years,” says Mary. “I thought we were very happy. I was sober. I thought I had made amends and was doing a good job, but he had an affair with someone who was close to the family. I thought, how could he do it after all we’d been through? But I also understood there had been an anger there, and a resentment at the years I had been drinking.

'I had to stop the car. 'Family Life' just captured it so completely. I was distraught.'

“I didn’t want to write about it, but Pete heard me singing the Cilla Black song, ‘Anyone Who Had A Heart’, and he’d say, ‘We should write something like that’. I said I didn’t want to go near it, but he said when you’re in that raw state, that’s the best time to write such a song.”

Family is a key theme on the album, as on Mary’s understated, yet powerful, rendition of The Blue Nile’s ‘Family Life’. “I remember before my mother died, I was about 10 weeks going back and forth to Galway from Dublin,” says Mary.

“I remember after the funeral, I was trying to get back into a routine, and John Creedon played that song. I had to stop the car. It just captured it so completely. I was distraught. My daughter bought me the album it’s on for that Christmas and I’ve been singing it ever since.”

'Success did take me by surprise. It came so quickly, and was ‘overnight’. It was one giant party and it never stopped'

Towards the end of Life Stories, Mary reflects on being a mother and a grandmother in the beautiful ‘Safe and Sound’: “Slumber easy little ones, not for you a life of keeping mum. Know this love forever you may roam. Always know you’re safe and sound at home.”

“I never felt safe and sound,” says Mary, “and I’m sure my children didn’t either when I was drinking. How would they? How could they? But my grandchildren will never have to keep mum about anything. They’ll be able to talk. It’s a prayer that they’ll be safe and sound, and that’s all you want.”

Life Stories comes exactly 35 years after Mary’s debut album, Tired and Emotional catapulted her to prominence in 1985 - and there is a chance there may be shows involving performances of both albums later this year. Mary reflects on the album forever altered her life story.

'I think everyone in Shantalla came to those gigs. That was when I felt I could start again'

“I was moving from Galway to Dublin, and my friend Alan was helping me bring up stuff in his Citroën van,” she recalls. “I was looking at homes and mum was minding the kids, but I got a slap in the face at that first gig - there were only four people there.

“Then mam called and said I was on the radio. Mark Cagney was playing the album - and he’d play a whole side of it. Suddenly there were queues of people at the gigs, and then I was asked to go on The Late Late Show. It did take me by surprise. It came so quickly, and was ‘overnight’. We were on the road for weeks. I had a band and crew of 14, and we lived on a bus touring England, Denmark, Holland, and Finland. It was one giant party and it never stopped.”

Eventually drinking took its toll and Mary needed to take time out. When she felt ready to return, she rang John Mannion, then owner of the Róisín Dubh. It was meant to be a toe back in the water. Mary ended up playing seven sold-out nights.

“I think everyone in Shantalla came to those gigs,” she says. “That was when I felt I could start again, and in 2012 I sold out Sydney Opera House. I think the success of those early albums, and the PR Warner Bros put into them, is why I can still gig." 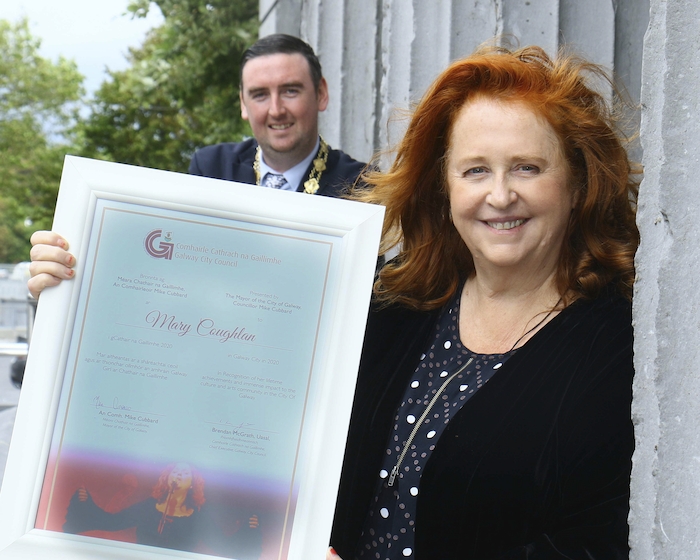 Not only has Mary crowned this year with a superb album, she will also play two nights in the Town Hall this month, and five nights at the Róisín Dubh in October, accompanied by pianist Johnny Taylor and bassist Barry Donoghue. 2020 was also the year she was presented with a Lifetime Achievement Award from the Mayor of Galway, Independent city councillor, Mike Cubbard.

“I didn’t think it was going to have much of an effect on me,” says Mary, “but when he handed it to me I just started crying. It meant so much to get it, it really had an effect on me. And now I’m looking forward to coming back to Galway at the end of this month.”