Homeowners and businesses in Clifden are counting the cost this evening (Wednesday ) after serious flooding hit the town early today when the Owenglin river overtopped. Schools were closed on the orders of gardai and 17 properties including homes and a hotel were evacuated as waters rose.

Gardaí, fire service personnel, RNLI volunteers and Galway County Council battled the rising floods and engineers spent last evening checking local bridges for structural damage that might have weakened them. The work will continue again tomorrow as further heavy rain was expected at time of going to press last night.

Staff will be available in the local Intreo office tomorrow morning to outline any supports available to affected householders and businessowners.

Galway County Council said this evening that the weather warning issued on Tuesday did not extend to Galway, but that the weather system pushed south into the county resulting in high intensity rainfall of up to 50mm in one night.

Met Eireann issued a status yellow rainfall warning for Mayo, Sligo, Leitrim and Donegal on Tuesday. The warning did not extend to Galway, however the weather system pushed south into the Galway resulting in a period of high Intensity Rainfall in the Conemara Area from 10pm last night to 8am Wednesday morning where up to 50mm of rainfall was recorded, the Council stated.

"This resulted in a surge in rivers causing a series of flooding events on roads in the Connemara Area with the town of Clifden significantly impacted by heavy flooding from the Owenglin River. The Galway Fire & Rescue Service were mobilised with fire service units in attendance from Clifden, An Cheathrú Rua and Galway City.

"Fire Service personnel evacuated a number of people from approximately 17 properties in Clifden. The river surges are now receding with many locations being reopened to traffic, however with expected further spells of heavy rainfall this afternoon of another 15mm up to 9pm tonight (Wednesday ), Galway County Council staff remain on alert.

"A number of diversions remain in place and motorists are urged to exercise caution and limit travel to essential journeys for the duration of the weather warning due hazardous driving conditions.

The R341 Clifden to Ballyconnely road has been closed and the following is an update in relation to the main routes:

N59 on the approach to Clifden – now reopened to traffic 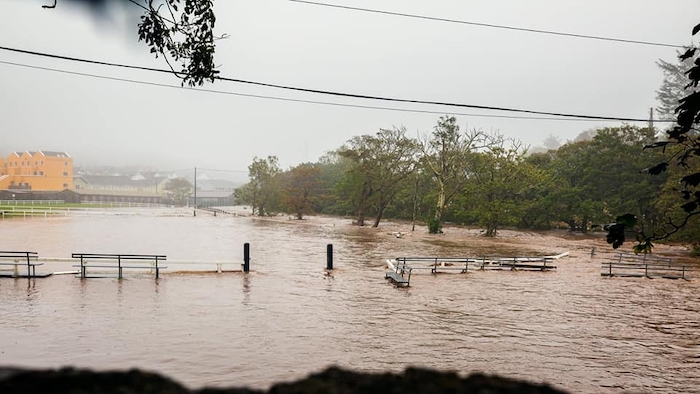 For Emergencies please contact the National Emergency Services at 999 and 112.

Local hotelier Brian Hughes said he had never seen anything like it, coming at the end of what had been a terrible season for the tourism-dependant town.

Scoil Mhuire and Clifden Community School were shut yesterday and parents rushed to collect their children in a staggered operation in order to comply with COVID-19 regulations.

Local Gardaí advised the schools to close with immediate effect due to deteriorating road conditions.

Senator Sean Kyne said last evening that he has made representations to Minister for Social Protection, Heather Humphreys and can confirm that the Humanitarian Assistance Scheme has been made available to householders in Clifden who have been affected by the unexpected and devastating flooding in the town.

"I’ve spoken to local councillor Eileen Mannion and local people who have relayed the scale of the flood damage and the work ahead for the clean-up. In addition to the work underway by Galway County Council staff and the emergency services, staff from the Department of Social Protection are available in the local Intreo Office to provide support to householders impacted.

"The scenes of the flooding in the town showed clearly the damage caused to family homes by the torrential rains and the over-topping of the Owenglin River. Once the flooding subsides the clean-up operation will begin and through the Humanitarian Assistance Scheme support will be provided to the householders," he said, adding that he has been in contact with the Minister of State for the Office of Public Works, Patrick O’Donovan in relation to the flooding. He added that there is a need to examine the root cause of this damaging flooding and carry out works as necessary.