ANYONE WHO was involved in the Galway city music scene - either as a musician or as a fan - throughout the noughties, will have come across Bushy, aka Kenneth Coyne, and his band The Brno Chairs.

Bald head, goatee beard, leather jacket, check pants, a friendly and engaging demeanour, and impeccable good taste in music, Bushy was certainly one of the most memorable members of that scene, but over the last decade things have been quiet on the music front.

Life has taken over, with Kenneth now a married man, and he and his wife raising their children. However, Covid-19, the subsequent Lockdown, the continuing restrictions, and the fact the pandemic has left us all with more time to do things, has seen Bushy’s creative urge rise again, and those songs he played on stages in Galway with The Brno Chairs have finally been recorded and made available for the world to hear. 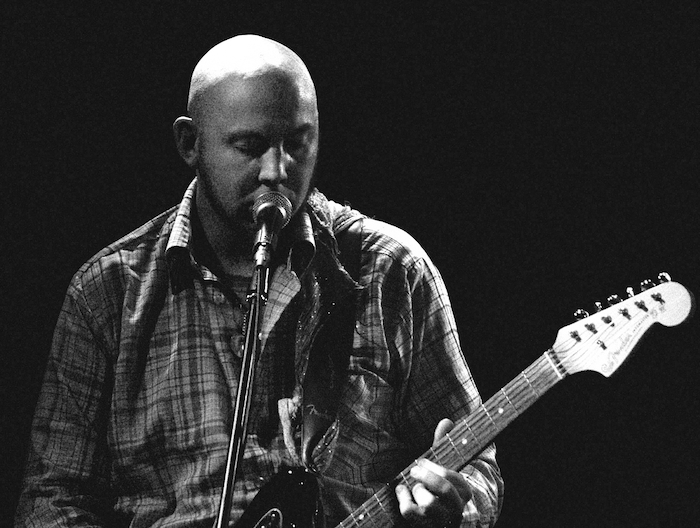 The Brno Chairs’ Alpha/Beta album has been released via Bandcamp, and finds Kenneth reunited with former BC bandmates Aaron Coyne (his brother, aka singer-songwriter Yawning Chasm ) and Philip Cassidy on drums. Also contributing are Ride’s Laurence Colbert, as well as Garrett Farrell, Gavin Duffy, Agnès Carlon (Kenneth’s wife ) and their children Milly and Louis Carlon-Coyne.

“This album has taken a very long time to make, so long it is almost embarrassing,” admits Kenneth, “but I was in no rush as The Brno Chairs had finished as a live band in 2010 and I really had no interest anymore in playing live with anyone.”

'It more or less sounds the way I like stuff to sound. You can definitely hear my 1990s ears on it'

“I just wasn’t going to trust anyone else mixing what I had recorded,” he says. “I knew what I wanted and knew no one else, or at least no one else I could afford, would be able to do it. So I had to learn everything from scratch.” 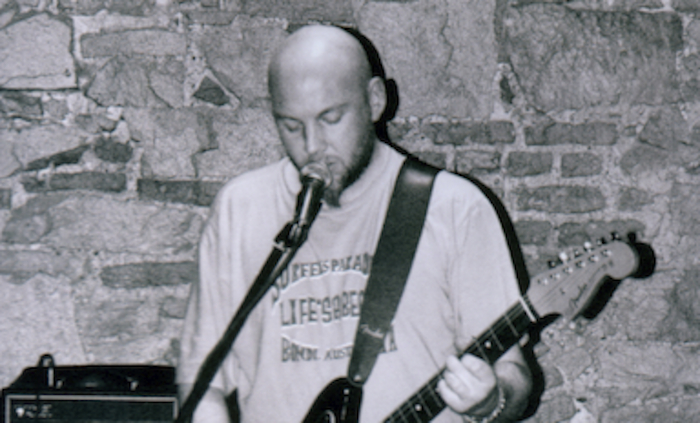 Mixing and mastering duties for other bands gave Kenneth more experience and new perspectives on how to approach his own music, but commitments to family, university, and work had to come first.

“Nearly every tune has been 95 per cent finished for, I would say, five/six years, I just didn’t have time to do the final stretch,” he says, “but I wasn’t going to release something I hadn’t made as good as possible. It was only this year when I had time during the restrictions, in between minding the kids and cooking dinners, that I could polish them off and finally put them to bed.”

With Alpha/Beta, Kenneth finally feels the songs are finished. “They sound great for home recordings,” he says. “It more or less sounds the way I like stuff to sound, kind of a studio/garage mix. You can definitely hear my 1990s ears on it.”

A striking feature of Alpha/Beta is the diversity of influences within the songs, with Kenneth taking his cues from history, science, religion, architecture, and literature.

“‘Varangian’ was inspired by a 9th century inscription I saw on a section of marble in the Hagia Sophia in Istanbul and reckoned to have been done by a viking,” says Kenneth. “I was, and still am, blown away by the fact I was standing on the same floor, looking at the same building and walls, and touching the same surface, that this guy had done so long ago.

“‘So Young’ is about the coming execution of Vertingetorix at Julius Caesar’s triumph and it represents him somehow, while awaiting his ordeal, being able to foretell Caesar’s own murder soon afterwards.

“‘The Gate’ is written from the perspective of someone getting hanged in medieval Galway where the gallows used to be, outside the walled city, looking back towards the gates of the town, close to where the Liam Mellows statue is now."

“‘Tulpa’ is a piece of music I had written for my previous band Gardener, way back. For this recording I just used synth for the main riff instead of the original guitar. The title comes from something I read years ago about Buddhism and Quantum Physics.

"I think one modern meaning of Tulpa is of an imaginary friend, or maybe even a guardian angel, but I suppose it all comes down to whatever you’re into yourself. I’d like to think of my Tulpa as some kind of representation of what my dad calls ‘the mad music gene’.”

'I hope to hire Laurence Colbert again sometime and I have the perfect types of tunes to let him loose on!'

The romantic poet John Keats was an inspiration for the blissful ‘Taking It Slow’, while ‘(I’m So ) Glad’, while not a cover of the Skip James song is a tribute to him and to Cream, who covered the song and arguably made it their own. “The great Cream live version was a life-changing discovery for me when I was starting out and directly influenced the way some of my tunes are played live,” says Kenneth.

A real feather in the cap for Alpha/Beta is the presence of Laurence Colbert from 1990s British shoegaze/Dream-pop legends Ride on a key Bushy tune - ‘Samurai Sword Maker’. How did he become involved?

“That was a really cool outcome,” says Kenneth. “I’d heard he was providing session drums so I decided to hire him and it worked out great. I asked him to keep it simple so there is no ‘Seagull’ or ‘Chelsea Girl’ type drumming here, but I hope to hire him again sometime and I have the perfect types of tunes to let him loose on!”

The whole experience has revived Kenneth’s creativity, and has tempted him to consider gigging again, once it is safe to do so.

“I’m just happy I’ve done this and now for what it’s worth, good or bad, it is out in the world,” says Kenneth. “I have a lot of other ideas. I have a lot more tunes of all kinds to get out and I’ll just do them and put them out each on their own when they are done, and I’ll see if it’s possible to get Aaron and Philip back together for a one-off show of old and new tunes.”