SOMETHING IS happening in Loughrea, something exciting. Over the past few years the east Galway town has become a goldmine for new musical talent, nurtured by individual determination and strong grassroots support.

Ultan Conlon is from Loughrea, and the singer-songwriter has been enjoying national attention and acclaim with albums like 2018’s The Last Days Of The Night Owl and this year’s There’s A Waltz.

The Clockworks, the post-punk/indie quartet, who have been causing a stir in Britain, and whose new single, ‘Can I Speak To A Manager?’ is out tomorrow, are based in London, but their origins are in Loughrea. 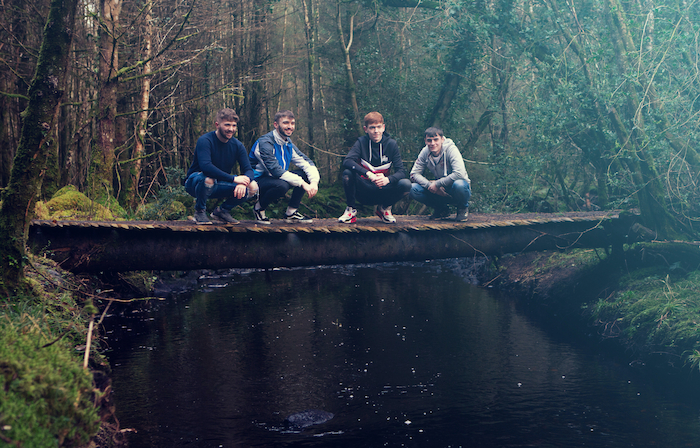 To that list, we can also add EVØKE, who, despite their Nordic-esque name, are another Loughrea act. The band - Keagan Forde (lead vocals/guitar ), Evan Forde (drums/backing vocals ), Michael Glynn (bass ), Dylan Crean (banjo/backing vocals ) - fuse indie, pop, and folk, and have produced some impressive music since their debut single, 'Keep On Moving' in 2018.

Indeed, despite Lockdown and the continuing Covid-19 restrictions, the band have remained busy, releasing the single ‘Can You Feel It?’ in May, and preparing their debut EP.

“Loughrea is very supportive and there is a deep love for music within the town,” says Keegan. “Loughrea is home to Loughrea Music Tuition where myself, Evan, and Michael all studied. Ceoltas also plays a big part in Loughrea and is where Dylan learned to hone his talent playing in local festivals and competitions.”

Keegan also cites Gary Rooney and Brian Mcgee from Charlie's Bar, and Gary Kilcar from McNamees, for “constantly supporting local bands” and running live music events. “Loughrea Community Radio provides yet another platform for local artists to get their music out there,” he says. “All in all, it's down to the support of the people and the abundance of opportunities within the town.” 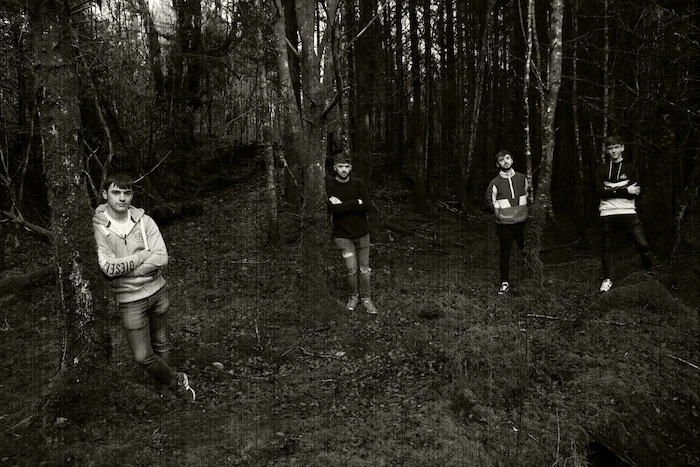 The confidence and assurance of EVØKE’s singles to date is impressive, nicely balancing their various influences into a cohesive whole. As Chris Sherlock of Flirt 101.3 FM said, “EVØKE are ones to watch, their music fusion will leave audiences wanting more.”

“We essentially just found that sound through trial and error,” says Keegan. “We were playing covers, constantly exposing ourselves to new genres and trying to incorporate a wide variety into our set. We never wanted to shy away from any style of playing.”

Keegan cites Mumford & Sons, Dermot Kennedy, and Matt Mason as inspirations; Evan’s influences range from AC/DC’s Phil Rudd to The Academic to Gavin James; Michael cites both Bon Jovi and hip hop (“I enjoy creating my own trap style beats,” he says, “so when we recorded ‘Collide’ I had the idea to put some trap style hi-hats in there and it gave it a nice groove” ); while for Dylan, Barney McKenna is the man. “He stood out to me as a brilliant banjo player,” he says. “The fluidity of his style and the consistency of his playing really appealed to me and my love of the banjo started there.”

'We never like to say no to any style, so it’s a very inclusive and fruitful atmosphere to be in musically'

A strong attention to detail is also important to the band. “We work closely with our engineers and like to spend time with our mixes before releasing them,” says Keegan. “We’re always asking ourselves, ‘Would we listen to this if someone showed it to us?’. If the answer is no then we know that song isn't ready to be released and we either spend more time mixing or go back in recording.

“Placing the likes of a banjo in certain songs can be tricky but it forces us to switch up the songs and keep going until it works and feels right. Our individual taste in music helps as we all bring different influences to the table. We never like to say no to any style, so it’s a very inclusive and fruitful atmosphere to be in musically.”

The band’s most recent single 'Can You Feel It?' was actually written in 2015 and was the first original song EVØKE played as a band.

“It relates to drug abuse within teenagers and young adults today,” says Keegan. “It focuses on a young person faced with the choice of becoming a product of his/her environment and falling into a life of substance abuse, or choosing to let go of these people and move on to become something better, even if that choice pains them at the time.”

Another kind of opportunity

While the band are frustrated at how Covid-19 has abruptly ceased gigs, concerts, and festivals for the foreseeable future, refreshingly they refuse to be pessimistic. Instead they are viewing these strange times as another kind of opportunity.

'The new EP issomething different. There is no song the same and different genres creep in everywhere'

“Most, if not all, of our gigs have been called off for this year which is disappointing, especially as we would have liked to have an EP launch,” says Keegan. “However, it has been a fruitful time in terms of mixing our EP and getting artwork done and just getting time to really have these songs sounding perfect. 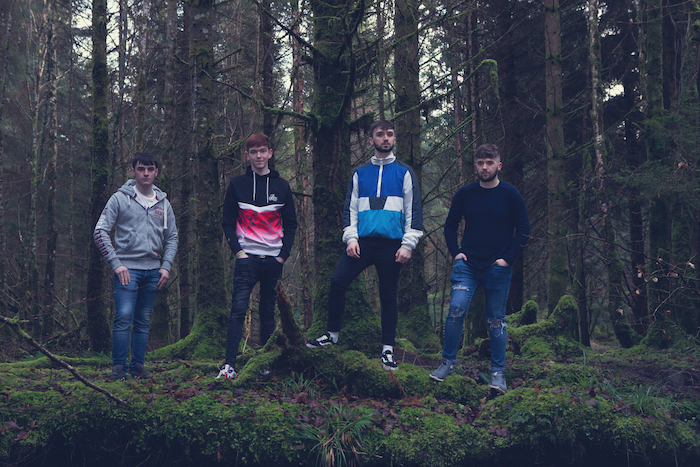 “We’ve also had more time to write and record new music which is always a bonus and we couldn't honestly tell you that these new songs would exist at all if we didn't get the time off Covid offered us, so we definitely made and are making the most of the time off.”

‘Can You Feel It?’ will be featured on EVØKE’s forthcoming debut EP. So what else can we expect from it?

“The new EP is definitely something different,” says Keegan. “From start to finish there is no song the same and different genres seem to creep in everywhere. If you take the first song and the last, it's like two different bands, but as a listener you still know it is ‘us’. It isn't jarring. We embrace change and, although it doesn't keep us or this EP cohesive in terms of genre, it definitely keeps us and the EP interesting. Expect to hear a mix of indie, rock, pop, ballads, a dazzle of country, and some trap influence beats along with trad.”