ON SUNDAY June 27 1920, a small group of Connaught Rangers, from C Company of the 1st Battalion, based at Wellington Barracks, Jalandhar, the Punjab, announced they were refusing to obey orders.

The men were protesting against poor accommodation conditions, but also against the atrocities being carried out by the RIC and the Black and Tans against the Irish civilian population.

Joseph Hawes, from County Clare, a veteran of the Western Front and Gallipoli, informed his commanding officer that the men would not return to duty until all British soldiers had left Ireland. He then hoisted the Irish Tricolour. Their refusal to obey orders spread to other Connaught Ranger companies stationed at Jutogh and Solan.

On July 1, around 30 Rangers, led by Pve James Daly, attempted to retrieve rifles from the company magazine at Solon. The soldiers on guard opened fire, killing two men. Within days, both garrisons were occupied by other British troops. Daly and his comrades surrendered and were arrested: 88 mutineers were court-martialed, with 77 sentenced to imprisonment and 10 acquitted. Pve Daly was shot by a firing squad at Dagshai Prison on November 2 1920 - the last member of the British armed forces to be executed for mutiny.

In the decades since, the Rangers - one of the most famous Irish regiments of the British Army - have become greatly admired for the stance they took, and they will be honoured at an event hosted by The Liam and Tom O'Flaherty Society.

Dr Conor McNamara, NUI Galway’s 1916 Scholar in Residence, will present a video talk entitled, The Connaught Rangers Mutiny, 1920: the Legacies of a Doomed Revolt on Saturday June 27 at 7.30pm via the society's Facebook page: Facebook.com/OFlahertySociety

The men of the mutiny

In his presentation, Dr McNamara will look at the personal legacies of the Connaught Rangers Mutiny. He will focus interest on the ordinary veterans who took part, many of whom returned to Ireland during the Civil War in 1923 following imprisonment in India and England. 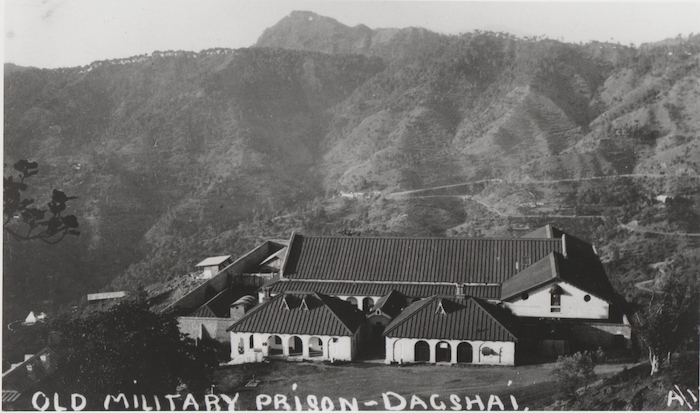 Dagshai military prison, India, where many of the mutineers were incarcerated. Photo courtesy of histoprian Damien Quinn.

The lecture will show the typical experience of these veterans in terms of employment and emigration, participation in the independence struggle, enlistment in the IRA and the National Army during the Civil War, and family life, and ill health.

Dr McNamara is the author of War and Revolution in the West of Ireland, Galway 1913–22 and Liam Mellows, Soldier of the Irish Republic, Collected Writings 1913–22. He was senior researcher at the University of Notre Dame, Keogh-Naughton Centre for Irish Studies. He is a native of County Galway and lives in New York.

The public is invited to submit questions for Dr McNamara via the society's Facebook page before Sunday June 21.