WE MAY be exiting lockdown, but the aftermath of Covid-19 - social distancing, the absence of a vaccine, an oncoming world-wide recession - will remain with us for some time.

Meanwhile Trump, Bolsonaro, Brexit, and Climate Change are all still there, still as pernicious as ever. At no time in history has science and technology been as advanced, nor have living standards ever been higher, and yet, a new song from a Galway band captures the contemporary angst and mood quite perfectly: “The future is not what it was, the future is not quite as good as it was.”

While the lyrical subject matter is grim (“Life is greeting us with a ‘F*** you and good day” ), the sound, energy, and urgency of the track is The Clockworks at their most confident and assured.

“We really feel confident,” Sean Connelly tells me during our Thursday afternoon conversation. “We recorded the song in London, but we’d written it in Galway. We’d rehearsed it at the Forge Studios. It came together quickly. We’ve had it in our back pocket but we wanted to wait until we had enough ears to listen to it before we released it.”

The song has already had a great reaction, grabbing the attention of BBC Radio 1’s Annie Mac on her ‘New Names’ showcase. It has also enjoyed airplay in the USA on Sirius XM, and at home on RTÉ 2FM. “It’s gotten the best reaction ever, and it’s not even out yet,” says Sean. “We sent it out to radio early on and that’s helped build up a real buzz around it.” 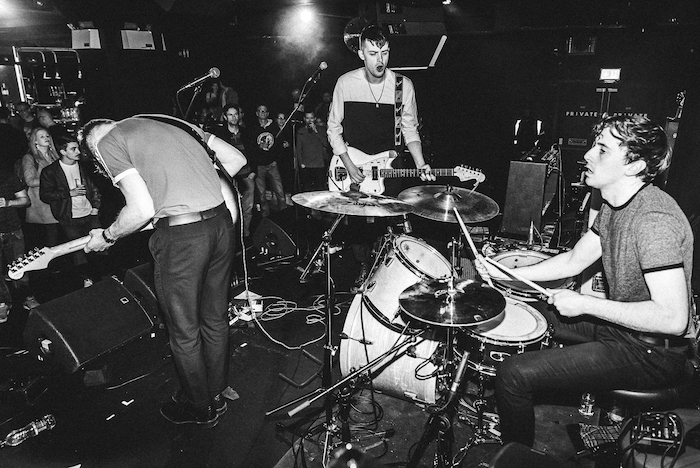 Originally from Loughrea, the band have been based in London since the end of last year. Before relocation, they had already started to make a name for themselves in the British capital. Indeed, as soon as their feet hit the streets, they got down to work in taking that next step up the ladder.

'We sent Alan McGee ‘Bills and Pills’. He said it was the best song he’d heard in years'

“Before lockdown, moving to London was the best thing we’d ever done,” says Sean. “It suited us, it’s fast paced, and things started to work so well so soon. We expected a year of trudging through, but, within 11 days after moving over, we’d met Alan McGee. That made the transition easier, and a more comfortable experience. He’s been great in helping us with that transition.” 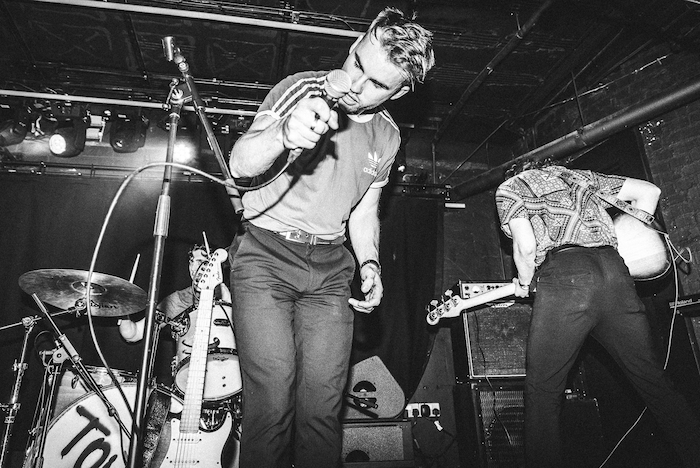 McGee is a legendary figure in Indie-Rock, having formed the Creation label that released albums by the Jesus and Mary Chain, My Bloody Valentine, and Primal Scream, and he will forever be feted as the man who discovered Oasis. Having his backing and support is a serious seal of approval. How did The Clockworks come in contact with him?

“I was on the train to work,” recalls Sean. “It was six-thirty in the morning. We had messaged him previously, we’d been sending out loads of messages, getting in touch with people who could help. This time I messaged him myself. I said, ‘We sound like The Streets, with guitars. Check it out.’ He got back to me a minute later, he must have been just on his phone, and said that message caught his attention - he gets about 700 messages a day, so we were lucky he saw our one. He said, send me your best song, so we sent him ‘Bills and Pills’. He said it was the best song he’d heard in years. And the rest, as they say, is history.”

Sean describes McGee as being “like the fifth member” of the band. “He’s always coming up with ideas and plans,” he says. “To have someone like him in our corner is huge.”

What has been the best piece of advice McGee has given the band so far? “It was recently,” says Sean. “He told us we have to release music at the right time, at the pace that suits us. ‘Don’t speed it up for another cog in the machine, or just because you're about to play a festival. Stay on your own path.’ It’s easy to feel, especially as a new band, that you have to try to please other parties. Staying on your own path is valid advice, and McGee has given us the confidence to do that.”

'We’re all making demos for new music, and sending them to each other. We’re still being creative and proactive as much as we can'

That thinking has also informed the band’s approach to making what will eventually become their debut album. “It’s always been our ambition to make an album,” says Sean. “We feel so strong about what the album could be, we don’t want to put it out until it’s the right time, and we feel it can make the most impact. We’re always working on it. We have written songs for it that are not in our set list yet, but which will be on the album. We’re making track listings behind closed doors, getting ready for the day when we’re ready.” 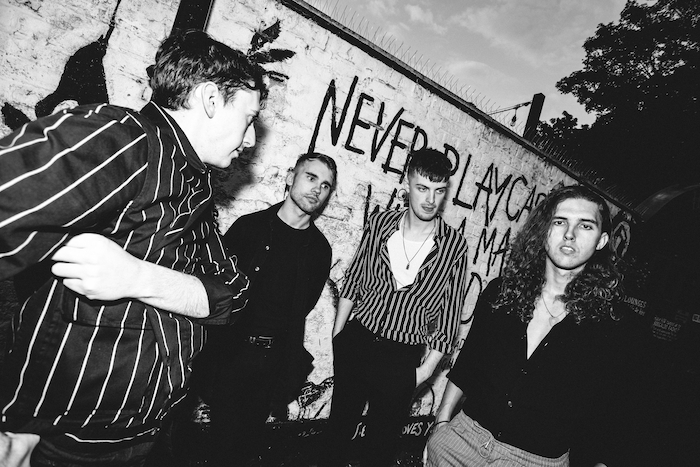 Sean, James, and Damien are, for the time being, back in their native Loughrea, while Tom is still in London. However, the coronavirus, despite ity’s negative effects on a touring band, has not been able to derail The Clockworks’ creativity.

“All our gigs for the rest of the year are gone, but there is something in knowing it’s the same for everyone as far up as U2,” says Sean. “In that way, you can sit on it all a little better. Most of the band are here in Loughrea, we’re all working on band stuff, making demos for new music, and sending them to each other. We’re still being creative and proactive as much as we can.”

“We’re also appreciating this time we get to spend with our families. That’s something I didn't think we’d be able to do this year. Also, as James has been saying to us, it’s OK at this time not to have to be the best version of yourself. You don’t have to do bodybuilding exercises or learn 10 new languages. You can take your time and slow down as well.”

For more go to https://creation23.co.uk.