IT WAS on the streets of Galway that an Englishman and an American woman met, quite by chance, one day in 2016, and discovering a shared love of folk music led them to form the folk duo, A Different Thread.

The duo, Alicia Best from Durham, North Carolina, and Robert Jackson, from Lichfield, Staffordshire, are now based in England. They recall their Galway encounter.

“It was one of those chance moments,” Robert tells me, over a Monday afternoon phonecall. “I was on tour with a songwriter from Holland. It was going quite well and outside of shows I’d go busking. That day I was on Shop Street and saw Alicia walk by. I thought, ‘There’s an interesting looking woman’, and tipped my hat to her.”

“I came back, and he asked ‘Do you play fiddle?’” Alicia, who was holidaying in Ireland at the time, continues. “I actually had a ukulele case with me, but it looked like a fiddle case. So we started this guessing game back and forth, finding out what songs we knew.”

The duo settled on Joni Mitchell’s ‘Big Yellow Taxi’ and as Robert says, “the harmonies just fell into place. We had been travelling independently, and we started travelling together.”

A Different Thread hit the ground running, winning the 2017 Shrewsbury Folk Festival’s open-mic competition; the following year, they released their debut album, On A Whim; and in 2019 their song, ‘Potter’s Field’, made the semi-finals of the International Songwriting Competition.

'I saw how Bob Dylan was tapping into an even larger universe of folk music that was more authentic, and from there I got further into folk'

Their music has been played on the BBC and NPR in the US. Folk Radio UK haw called them, “warm, deep singer-songwriters who have drank from the well of 20th century tradition”; and Rockingmagpie declared them “a spellbinding blend Of British folk and Carolina hill music”. 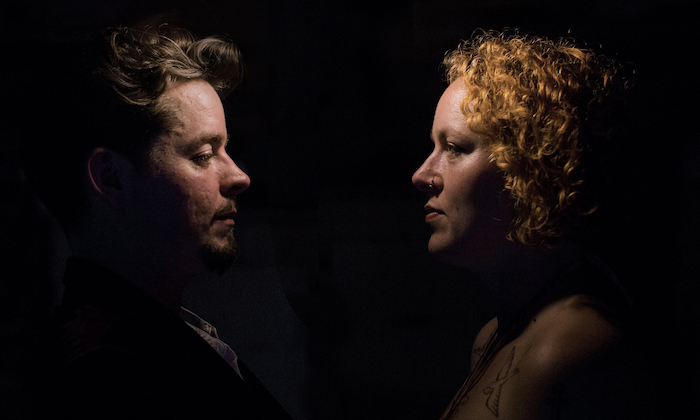 A key aspect of folk music since the 1960s has been an awareness of how Irish and British folk underpins much of North American folk and trad. In more recent decades, American folk has impacted greatly on folk/trad this side of the Atlantic, leading to much cross-fertilisation between these related forms. Such ideas are at the heart of A Different Thread’s approach to music. It also informs their own personal journeys to folk.

“My Dad taught me my first guitar chords,” says Robert. “In my teens I listened to his record collection - Thin Lizzy, Free, Hendrix, but he also had Bob Dylan, and when I heard that I went, ‘This is quite different.’ In university, I got more into Dylan, but I also saw how he was tapping into an even larger universe of folk music that was more authentic, and from there I got further into folk.”

In North Carolina Alicia grew up listening to National Public Radio, and was drawn to a show entitled Thistle and Shamrock, which featured Celtic music, blues, old-timey, Appalachian, and Bluegrass. “My Mom also got into local music and was in folk groups singing Irish and English songs,” she says.

'These songs have travelled back and forth across the Atlantic, and all stem from the same place'

The transatlantic nature of Celtic/English/American folk is captured in Alicia’s experience of the Irish song, ‘Red Is The Rose’. “One of the first songs Robert and I worked on an arrangement for together, was ‘Red Is The Rose’. The first time I heard it was a couple of years ago in a pub in Donegal, sung by a nine-year-old girl. You could have heard a pin drop. I thought it was lovely, but I realised I knew it in a different version. I’d grown up with the Scottish equivalent, ‘The Bonnie Banks O’Loch Lomond’, so I was already familiar with the melody.”

‘Red Is The Rose’ is the closing track of A Different Thread’s new EP, Some Distant Shore, which is released tomorrow [Friday May 22]. The EP features five traditional songs which can each be traced back to England, Ireland, and Appalachia.

“A lot of the folk scene in Ireland and the UK can be quite picky with regards to what is considered folk, and what is not,” says Robert. “So this EP is more stripped back and raw, how we sound if we were sitting in front of you.” Alicia says: “On the new EP we wanted to present our more folk side, as folk is our foundation.”

Robert continues: “These songs have travelled back and forth across the Atlantic, and all stem from the same place, and we will continue to bring them across, between Ireland, Britain, and the US - when travel and touring is allowed again,” he says. “It’s also a nice foundation for us to build on. Some fans have told us, ‘I wouldn’t normally listen to folk music, but I like what you do,’ so we hope this will bring our fans deeper into folk music.”

Stranded in Ireland during Lockdown

A Different Thread were in Ireland as recently as March, but as Alicia says, “We arrived just in time for everything to cancel around our feet.” The restrictions, which later became Lockdown, saw the duo effectively stranded in Ireland for what turned out to be six weeks. 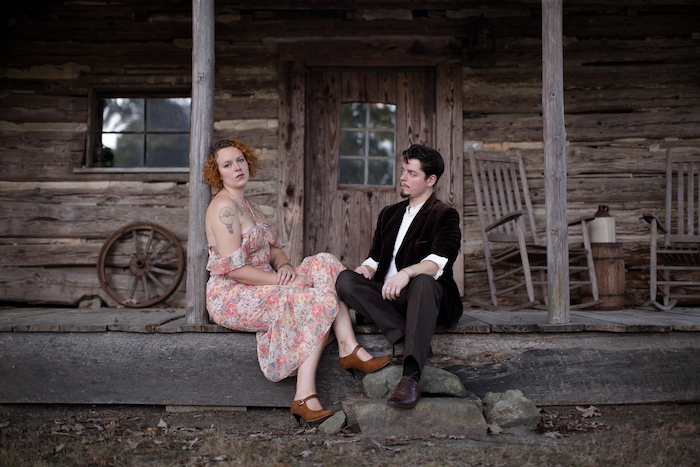 “There was a gig we were due to play, but by the time we arrived the show had to be cancelled,” Alicia continues, “so went looking to see if there was an open-mic, and found Darkey Kelly’s pub, it was a closed mic, but they let us play, and it went really well.

“We were staying with friends in Dublin. We were supposed to stay for three days. All gigs were being cancelled and we began to ask, ‘Where can we stay?’ Our friends were amazing though, they let us stay for a few weeks. They started planting their own potatoes and we helped them with digging the vegetable patch.”

'Nothing beats playing live and that human connection with the audience, but we will do online shows for the time being'

Robert admits that for much of that time, he and Alicia were “mourning the loss of the tour”, but also, “if we were going to get locked down anywhere, we’re glad it was Ireland”.

“The people have taken this very seriously,” he says. “We were looking at figures for many countries going up, but Ireland has managed to contain it better than others. Ireand has handled it really well.” 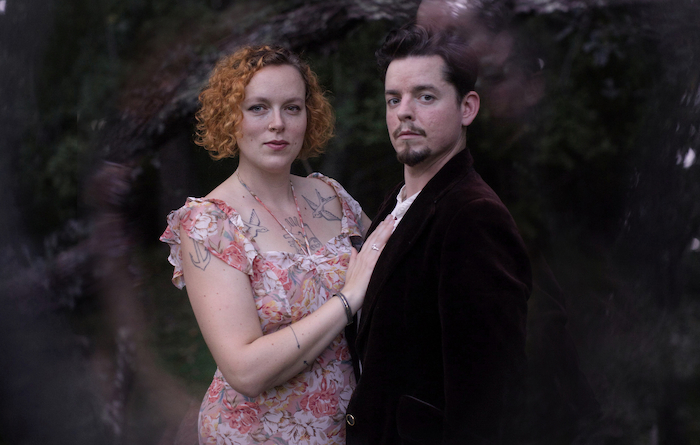 With gigs and touring on pause for the foreseeable future, A Different Thread will be putting their energies into promotion and online shows. The pair will perform a live set via Facebook.com/adifferentthread tomorrow at 8pm, and have a number of new videos set for release over the coming weeks.

“Nothing beats playing live and that human connection with the audience, but we will do online shows for the time being,” says Robert. “We also need to look at diversifying our income streams, as all musicians do at the moment. In the long term thought, it will be OK. People need music, and there will be a time when we all tour again.”