IT IS frustrating for a band like Dream Wife, who thrive on live performance, and who can rip up the stage with their potent combination of indie-punk music and Feminist politics, that Covid-19 means no touring is possible.

It is especially frustrating given their new album is just weeks away from release. Anticipation was already high given the strength of their eponymous 2018 debut, and the deserved critical acclaim they have received: "one of indie-rock’s most politically dynamic emerging acts" (Entertainment Weekly ); "Dream Wife just want to dismantle the patriarchy. The UK art punks make music that’s roiling with feminist rage" (Rolling Stone ).

Yet, for a band who thrive on interaction and connection with their fans, in a way few others do, delaying release of the album until touring can start again, was never going to be an option for Bella Podpadec (bass ), Rakel Mjöll (vocals ), and Alice Go (guitar ). So When You Gonna… will be released on July 3 via Lucky Number, but as Bella admits, this is “a very different situation to what we expected”. 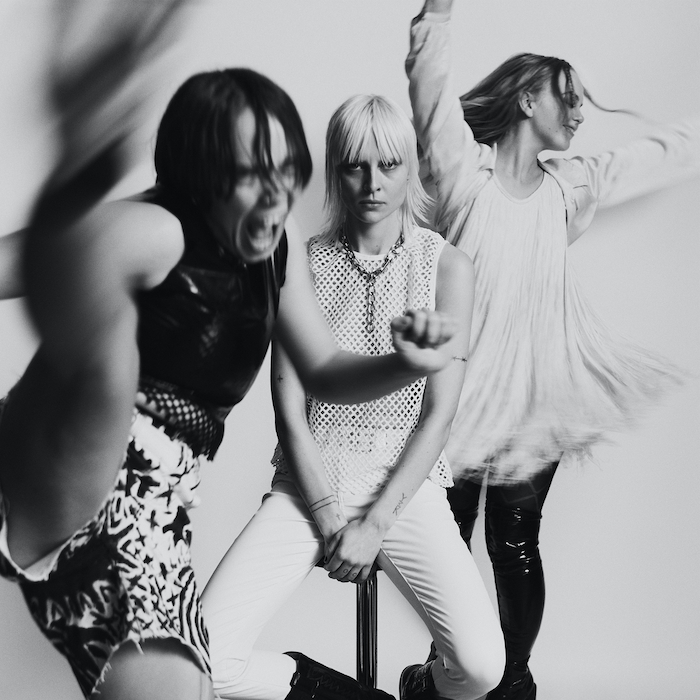 “Last year was spent preparing for, and then creating the album. The first couple of months of this year were about preparing to go on tour,” she tells me over the phone from her home in south London. “It was only a couple of days after we announced the release date for the album that everyone began to realise the year would look very different from what everyone thought it was going to be. It took a bunch of mental gymnastics to be able to accept it all.”

“The way it’s impacted live music is huge,” she continues, “and live music will be one of the last things to come back into action. We’re always very centred around the live show, it’s central to what the band is, and it's really sad we can’t bring our live show to people, but, in times of isolation, music still provides a way of coming together, so it’s important to release the album when we said we were going to, rather than waiting until whenever we can tour again.”

So When You Gonna… delivers on the promise of the debut, with ‘Sports’, ‘Homesick’, and the title track showcasing their trademark furious, uncompromising, Feminist indie-punk. “I feel like ‘Sports’ is both silly and also very personal,” says Bella. “It’s about the joys of being in a team, and accepting that sport is not the only form of team activity there is. ‘Sports’ is a license to lean into your physicality in a way that makes sense to you.”

'One of the first songs we wrote for the album was to do with touring, and reflecting on moving so far, so fast. It’s interesting thinking about that, now there is this imposed stillness.”

The album also shows how Dream Wife has grown these past two years. The songwriting is more diverse, there are new sonic elements, a much wider sense of light and shade, fast and slow, tenderness and edge. So When You Gonna… represents the trio expanding their own borders and horizons, broadening out the sense of both their sound and themselves.

The most striking manifestation of this is the powerful closer, ‘After The Rain’, dominated by stately, melancholy piano, and possibly Rakel’s greatest, and certainly most poignant, vocal performance to date. 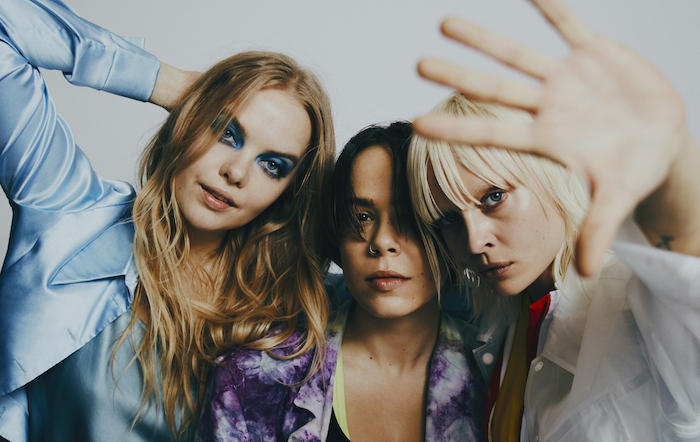 “It’s a really powerful song,” says Bella. “It’s about abortion, but it can be taken in any direction of bodily autonomy. It’s really horrific how many people feel they should have an opinion over other people’s bodies, and have rights over them. It’s a protest song and it’s about internal landscapes as well, about finding peace within yourself. The rain at the end of the track was recorded by Alice, just up the road from our house.”

'It’s interesting seeing these versions of ourselves that had no idea each other existed, and how those timelines existed separately, then converged to the point where we all met'

The band's latest single, ‘Hasta La Vista’, was originally written about the experience of touring, but its underlying themes of connection and distance have taken on a new resonance in these times of social isolation. “Definitely,” says Bella. “That’s one of the first things we wrote for the album. It had very much to do with touring, and reflecting on moving so far, so fast, and then stopping. It’s interesting thinking about that, now there is this imposed stillness.”

Plans to shoot a video for it had to be scrapped owing to Covid-19 restrictions, but this inspired the creation of new, and altogether more personal, visuals to accompany the song.

“Rakel put the new video together from our baby footage,” says Bella. “It was us, thinking about time and relationships, and the points where we connect with people and meet people. The footage was all taken around the same time, in the early 1990s, and it’s interesting seeing these versions of ourselves that had no idea each other existed, and how those timelines existed separately, then converged to the point where we all met.” 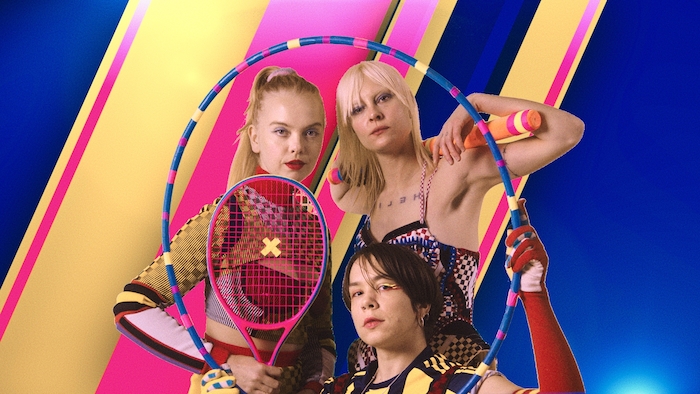 In the meantime, the band is enduring lockdown and finding ways to stay creative and connected. Rakel is at home in Iceland, while Bella and Alice share an end of terrace house in south London. Alice, a phenomenal guitarist, has been posting guitar tutorials online, while Dream Wife’s Twitter reveals video of Bella dancing to the songs from the playlists the band have been assembling.

“I find dancing is great stress relief,” she says. “I’ll have a rave in my own room. Our other housemate is a DJ and she brought out her DJ deck into the garden and we were dancing away. Even the kid next door joined in. He was on his trampoline, and we could see his head appearing over the fence as he bounced up and down to the music. We were all sharing moves and it was a lovely moment of connection.”

In terms of coping with the strangeness of all this, Bella admits it is “one day at a time, mentally”. “I’m always trying to figure out what's going on, but it’s impossible as there are so many unknowns,” she says, “so I’m trying to let go of the need to always understand everything as we have little control.”