ANY CLAIM, like that on the back cover of the proof copy of As You Were, Elaine Feeney’s debut novel, to be published on April 16 by Harvill Secker, that this is “The Irish fiction debut of 2020” needs to be taken with a pinch of salt.

Under the heading “Pisreógs”, the novel opens with: “I didn’t tell a soul I was sick. OK, I told a magpie. She was the first beating heart I met after the oncology unit and sat shiny and serious on the bonnet of the Volvo. One for sorrow." Thus begins what is not just an intriguing but also an extremely important book.

The narrator, Sinéad Hynes, is a tough, driven, funny, young property developer, who will not admit to herself or anybody close to her, that she is facing a serious, if not fatal, health problem. She shares a ward in a dilapidated hospital with two other women, Margaret Rose, who is beset by a chaotic family; a violent and unfaithful husband; and who encourages her daughter to have an abortion, but who hangs on hopelessly to traditional values, and Jane Lohan, who suffers from dementia but has moments of searing lucidity during which her desperate need for compassion and understanding surfaces. 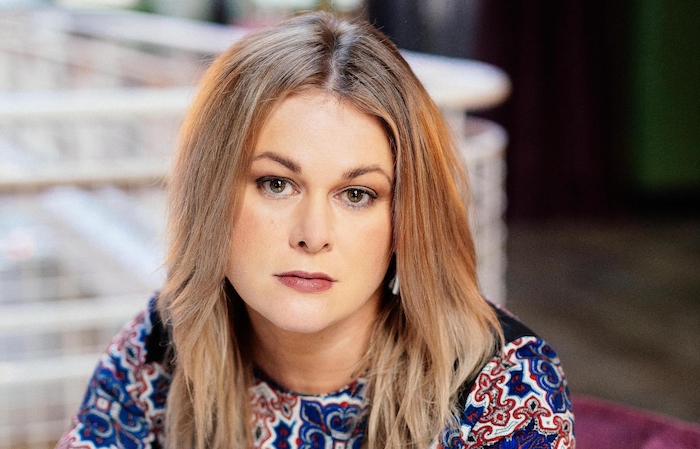 These women are basically the inheritors of a society where women were second class citizens and were severely and summarily punished if they transgressed the mores of the reactionary society they lived in. As the novel progresses, there is a growing sense of empathy between the three women, especially between the narrator and Margaret Rose, an empathy which helps our narrator come to terms with her illness.

As You Were has a strong Galway flavour to it particularly the indigenous accent. Here, Elaine Feeney the poet emerges as Mikael Pikwaski, the Polish care assistant, describes how he had more time to learn its nuances: "Hospital was full of different people he said and for that reason he considered himself a linguist of sorts; customers come and go, patients stay longer time, good for learning. Yes. Good for learning. Galway vowels could be suddenly very sharp, high pitched and pushed fast down your nose. Hiya loveen. And all the nuances that took time. City. County. West. East. Mighty. Shir. Craic. How-ew-ya? Terriblte. Jusht. Musha. Arra. Mikaleen. Shtap. The city kids were the most difficult, he said, the speed of chat. Just the speed of talk, the speed of youth.”

The final chapter finishes the saying quoted at the beginning: “Two for joy. Three for a girl. Four for a boy. Five for silver. Six for gold, Seven for a story never to be told. I saluted seven times.” As You Were is a book that needs to be read several times to fully appreciate its richness.

Elaine Feeney will read from As You Were and be in conversation with Lisa McInerney, at the Town Hall Theatre on Saturday April 25 at 4pm as part of Cuirt. for tickets see www.tht.ie or www.cuirt.ie