IN 1798 three major ideas erupted into Irish politics and thought – Irish Protestants created Irish Republicanism and asserted that Irish people had the right to self-determination; and that Irishness itself could – should – be a broad and inclusive identity.

For Paddy Cullivan – musician, leader of The Camembert Quartet, the house band for The Late Late Show, and more recently, a historian – the 1798 Rebellion is “the pivotal point in Irish history”, as he will explain when he brings his acclaimed show, The 10 Dark Secrets Of 1798 to the Town Hall Theatre studio on Tuesday February 18 at 8.30pm.

The product of deep research, the show mixes historical lecture with imagery, song, and story to look in-depth at the United Irishman rebellion, to question received wisdom on the subject, and explore those aspects of this seismic event that have often been overlooked or considered inconvenient.

“It’s the pivotal point because it comes at the time of the Enlightenment and the beginning of the modern world,” explains Paddy. “Up until this point the Irish were fighting to be ruled by one king or the other. The United Irishmen were the first to say ‘we can control our own lives’ as the American and French revolutionaries had. That’s why its vital to revisit them. I refer to them as our national founders, and the clear and modern thinking of Wolfe Tone makes him essential reading.” 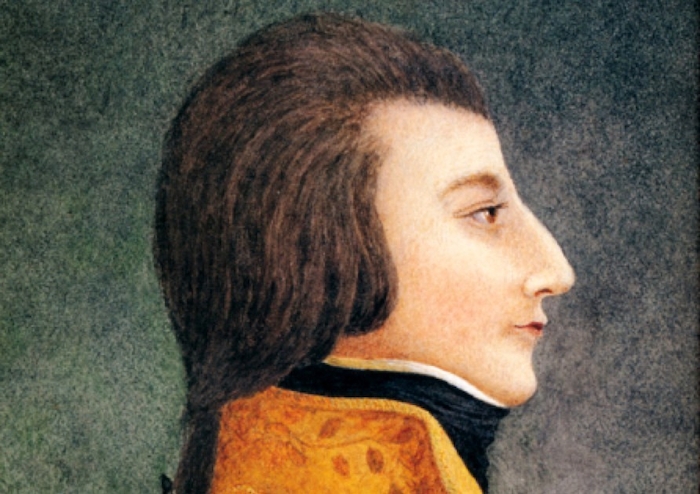 Among the ideas of Tone Paddy feels are "as relevant today as they were then" is the famous 'men of no property’ quote: “Our independence must be had at all hazards. If the men of property will not support us, they must fall; we can support ourselves by the aid of that numerous and respectable class of the community, the men of no property.”

The show was first staged in 2018, and followed Paddy’s 2016 show, The 10 Dark Secrets Of The Irish Revolution. It was initally inspired by a show invovling Paddy’s father, the Irish pianist and composer, Tom Cullivan.

“Dad did a musical show on Miles Byrne [a leader in the 1798 Rebellion and also chef de bataillon in Napoleon’s Irish Legion] in 1998 with the great Martin Dempsey singing,” Paddy tells me. “I had seen the voracious interest of Irish audiences in learning their history and once I started researching 1798 I was hooked. And like our 20th century revolution, the history was written by the winners, and offered up many bizarre secrets and contradictions that make it as thrilling as a whodunnit.” 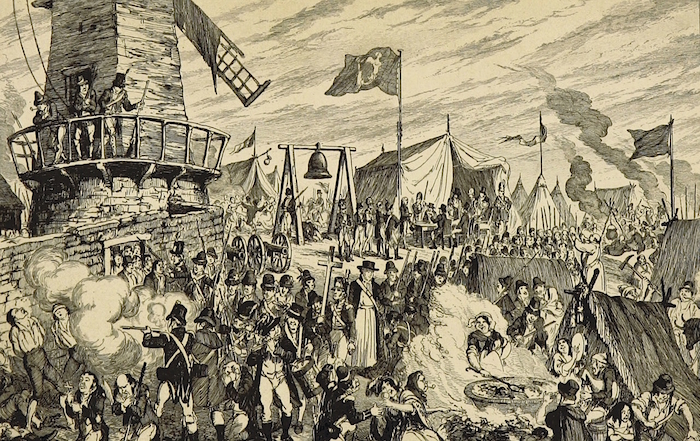 Paddy is particularly concerned to emphasise, indeed reclaim, Irish Republicanism, the drive for self-governance and independence, and modern ideas on Irish identity (in the words of Tone: “To substitute the common name of Irishman in place of the denominations of Protestant, Catholic and Dissenter” ), as the invention, and the gift of Irish Protestantism, to Ireland.

“The biggest misconception around 1798 was that it was a Catholic struggle,” says Paddy. “Not only were Presbyterians also subject to the Penal laws - of the 18 most popular leaders of the United Irishmen, only three were Catholic. Three were Presbyterian and 12 were Protestants including Wolfe Tone, Lord Edward Fitzgerald, Napper Tandy, and Robert Emmet – but you wouldn’t know it from the way it reaches us through the establishment filters.

“Irish Republican is a Protestant invention and it’s an inconvenient truth for both green Catholic nationalism and Orange loyal protestantism. I go into detail as to why these formerly united communities separated out into their assigned roles throughout the 19th century, via propaganda, identity-based social movements,, and fear." 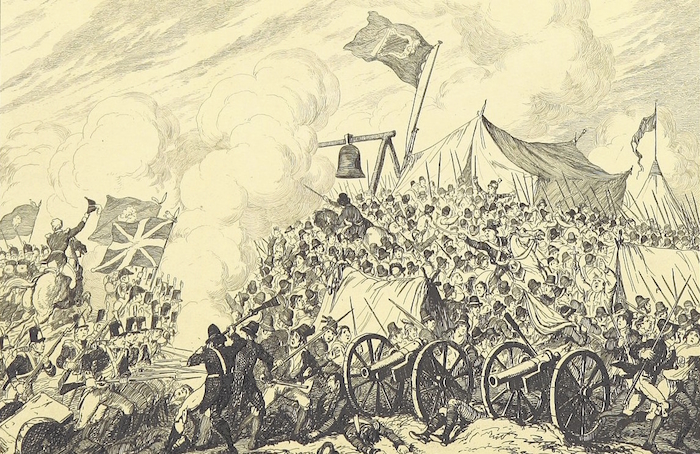 “One of the biggest problems was the single-issue nature of Daniel O’Connell’s campaigns and the marrying of Catholicism with Irishness after the Famine, which is about as Irish as saying you use Google. Google and the Catholic Church are both multinational organisations with an Irish branch - neither are an essential facet of Irishness - yet thinking Catholicism is synonymous with being Irish has certainly confused our post ’98 history.”

Another idea which Paddy challenges is that United Irishmen leader, Theobald Wolfe Tone, took his own in prison after the Rebellion, in order to avoid public execution.

“Serious writers, academics, and radio shows go along with the ‘Cutthroat Tone’ schtick, even though everything points at murder, which I go through as forensically as possible in the show,” he says. “We have just the word of his gaoler as official history, and many from Tone’s own son to C Desmond Greaves questioned it. As with everything, some like to see weakness in the characters from history they oppose, and many have disdain for Tone, seeing as he unleashed Irish Republicanism. One historian friend of mine likes to use the fudge ‘his throat was cut’. That offers a way out for the critical thinker!”

Yet, the show has been well received by historians, but as Paddy notes, the interest in the subject is most acute in Northern Ireland - more so than in the Republic. 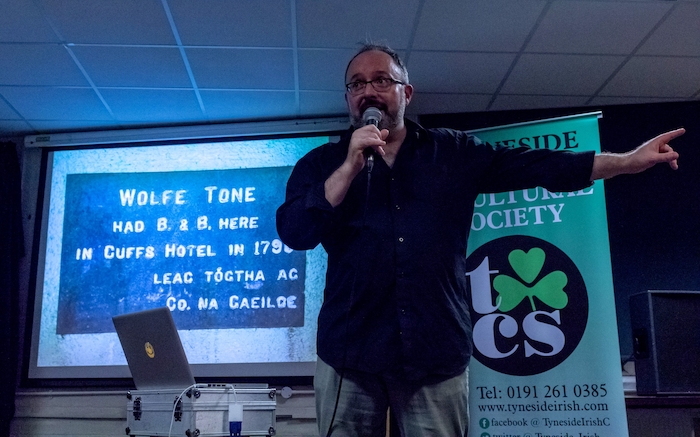 “In the North the show has been repeatedly featured on TV and radio unlike in the South,” he says, “and many historian friends have loved it because it’s presented in such an interesting and entertaining way. They may not agree with my analysis, but they agree there are more questions than answers and I’ve often brought new material to the fore. I have had some negative experiences, but it is from the usual coterie of people who would negate the independence struggle as abhorrent and an affront to the permanent establishment that keeps them in the style to which they are accustomed.”