Galway 2020 began this week with a series of events throughout the county, which will culminate in what promises to be a spectacular, fire-lit, opening ceremony in the city. 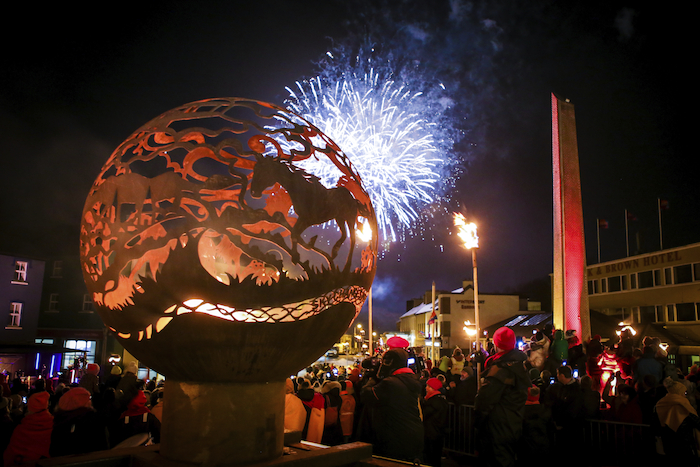 Events began on Sunday when a mass of flame and sound flooded the town of Clifden in a special community cast procession, culminating in the lighting of the town sphere, which will join with those of other towns in Galway on Saturday evening. Fiery celebrations will take place in the towns of An Spidéal, Tuam, Ballinasloe, Portumna and Athenry over the next five nights.

'I have no doubt that the events of this year will inspire and enthuse, and in turn, prove a catalyst for further creative work in Galway and further afield' - Uachtarán na hÉireann, Michael D Higgins

Events will conclude in South Park when a huge cast of drummers, chanters, and other participants will join together for a ceremony which will celebrate the people and traditions of Galway and Ireland. It will involve seven hand-carved steel sculptures, the town spheres, each reflecting the stories and traditions of the Galway town it represents, will be transformed by flame into giant glowing orbs, and will light up the length of the headland overlooking Galway Bay, while Galway hookers will assemble illuminated in the Bay. 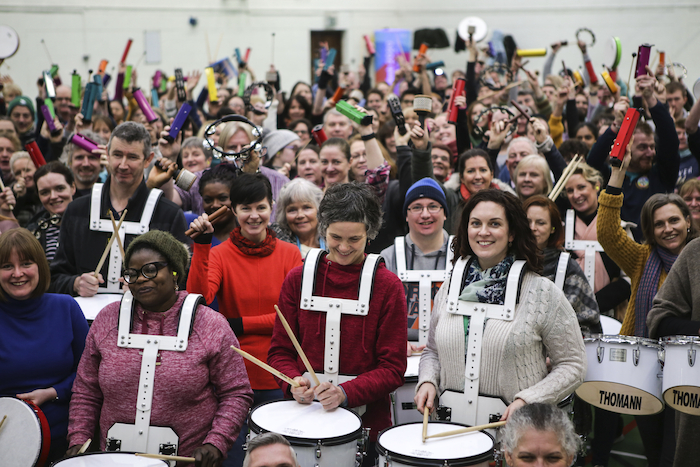 At the ceremony, a new work by the much respected poet, Louis de Paor, will be premièred. Entitled 'A Call To Ireland' and specially created for Galway’s year as European Capital of Culture, it will feature the voices of Caitlin Ní Chualáin, Olwen Fouéré, Bríd Ní Neachtain, Stephen Rea, and Naisrín Elsafty.

President Higgins, who has been a supporter of Galway 2020, said: "Galway 2020 is an Irish programme, with universal relevance and resonance. The festival will provide uniquely Galwegian, Irish, and international perspectives exploring the quintessential Irish themes of language, landscape, and migration. I have no doubt that the events of this year will inspire and enthuse, and in turn, prove a catalyst for further creative work in Galway and further afield."

“This is an extraordinary moment for Galway and for Ireland," said Galway 2020 creative director, Helen Marriage. "The cast for the opening ceremony brings together hundreds of amazing participants from towns and villages across the County of Galway, who will transform South Park with drumming, chanting and flame. Saturday night’s ceremony will be like nothing we have ever seen in Ireland, and reflects the scale of our cultural programme that will unfold over the coming year. Galway 2020 has arrived!”