SIR ERNEST Shackleton, the Irish born explorer who led three expeditions to the Antarctic, is the subject of an award winning show from Blue Raincoat Theatre Company, coming to Galway next month.

Shackleton, a story of endurance on the Antarctic’s Weddell Sea - "the most treacherous and dismal region on earth," according to the historian Thomas R Henry - will be in the Black Box Theatre from Tuesday November 5 to Thursday 7 at 8pm. The Irish Times called it "a striking feat of theatre", while the Irish Examiner called it "deeply moving".

Directed by Niall Henry, and developed with Jocelyn Clarke, the show will re-create Shackleton's Endurance expedition of 1916 through an ensemble cast of John Carty, Sandra O’Malley, Brian F Devaney, and Barry Cullen; original film footage; and scaled puppetry. The play was first performed in 2016 and was nominated for Best New Play, Best Set Design, and Best Sound Design in The Irish Times Irish Theatre Awards 2017. 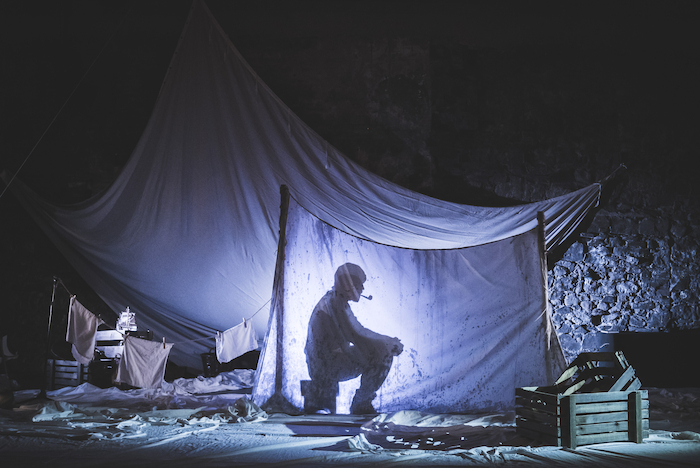 “Most of the ensemble have worked together for over 20 years," said Blue Raincoat artistic director Niall Henry. "In that time, the various productions that we have collaborated on with Jocelyn as writer have produced some of our most exciting work. We are delighted to begin the first national tour of Shackleton and bring it to audiences throughout the country.”