IT IS most unusual that the sequel to a wonderful book is anywhere near as good as the first one. In 2015 Patricia Forde’s The Wordsmith was published to great acclaim, winning several awards, and introducing readers to Letta the Wordsmith, whose job it is to hand out words to people who need them.

The Wordsmith tells the story of how Letta discovered that Noa, the leader of the Ark, is out to destroy language altogether. Letta has to find a way to stop him silencing what remains of the human race. Packed with action, it is one of the best children’s books published in Ireland for quite some time.

Little Island recently published the sequel, Mother Tongue. There is a new leader in Ark and she is even more vicious than her predecessor, with language now being kept from children from birth. Letta has escaped and moved into the rebel community where she is running a clandestine school, trying to keep words alive. Now there are rumours that babies are going missing. 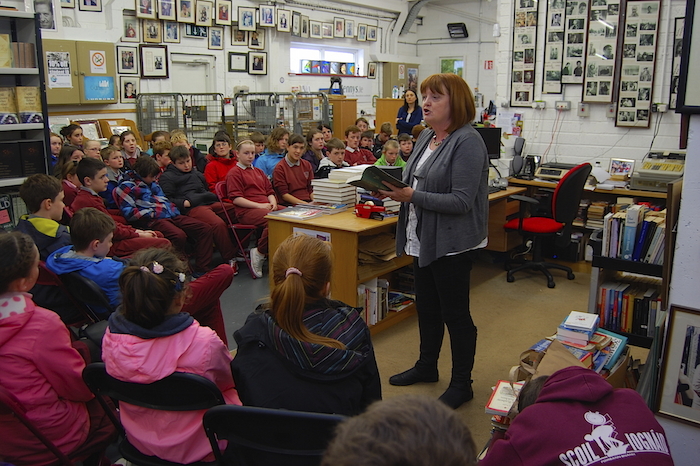 The rebels are captured and Letta goes on the run, finding her family and new allies along the way. The book moves at a cracking pace as they ready for the final battle for language, art, and music.

There is a growing confidence in Forde’s writing which adds immensely to the power of the book especially when she describes the Baby Farms. The rumours of babies going missing prove to be too true and one of the more moving passages of the book is when Letta discovers the Baby Farms in which these babies are being held in a world where there is no language:

“She saw a long and white room. Each wall was lined with small white cots. A woman dressed in white was standing over one cot with her back to the window...the woman bent down and picked up a baby. Slowly she turned with the infant in her arms and Letta’s heart almost stopped beating. The woman’s mouth was taped shut with heavy grey duct tape and Letta recognised her immediately.”

From the beginning of Mother Tongue, Forde’s development of Letta’s character is masterful. She is an extraordinary heroine, impulsive, brave and determined, and the description of her triumph in the final pages of the book is one is one of the most powerful passages in the book.

Mother Tongue is dedicated to the “memory of the Tuam babies and for children without a voice everywhere”. The chapter headings words that are allowed in Ark such as “Imagine To form a thought, a picture or an image in the mind" and “Think to use power of mind To have opinion”. The book is a major triumph to be enjoyed by adults and children alike, especially in these uncertain days.