A SURE-FIRE highlight of the Galway Film Fleadh will be Finky, the locally-made debut feature from writer/director Dathaí Keane, creator of the award-winning series An Klondike.

Co-written by Keane and Diarmuid de Faoite, and produced by Abú Media’s Eileen Seoighe and Pierce Boyce, Finky centres on Micí Finky, a crippled musician who gets a chance at redemption when he joins a violent, avant-garde, circus. He embarks on a twisted odyssey which brings him from the west of Ireland to Glasgow but, as his journey becomes increasingly hellish and surreal, he realises he must confront his tormented past if he is to find peace.

Over a Monday morning coffee, Keane revealed how the film came together and the kind of wild ride it will offer audiences. “The original idea for Finky was loosely inspired by Padraic O’Conaire’s novel Deoraíocht," he says. "I approached Diarmuid de Faoite about working with me on it has been very involved in O’Conaire’s work. He was keen to come on board, we got together and the concept completely changed over the course of the writing.

"Diarmuid is such a talented artist that he pushed it in new and exciting directions. He brought so much to it and pushed me in exciting ways. It wouldn’t have been half the project without him, and he also appears in the film as the character Bang Bang.”

Keane and de Faoite [pictured below] also drew inspiration from some of the famous shows they saw in the arts festival down the years. “I remember growing up and every year you’d see people like Els Comediants, Royal de Luxe, and Archaos with shows that were exciting and full of ‘sturm und drang’ with motorbikes and chainsaws,” Keane recalls. “Both Diarmuid and myself were keen for Finky to have a foot in that sensibility as well. There is a core emotional journey in the film, which is about Finky dealing with his guilt, but around that we have constructed this fantastic world of chainsaws and motorcycles and people having crazy madcap adventures.” 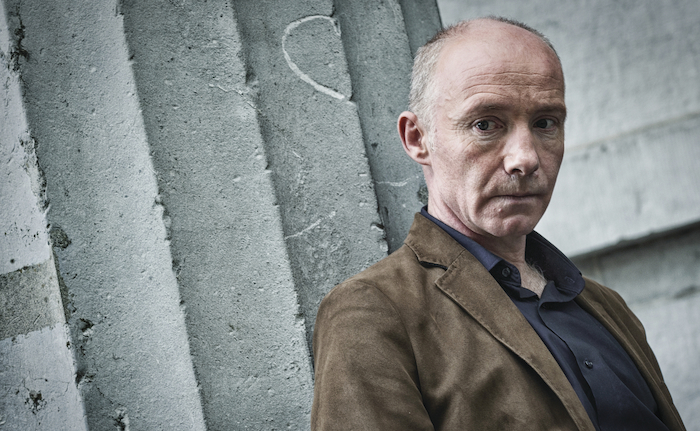 Finky is played by Dara Devaney, who starred in An Klondyke. “In some ways it is a road movie and he encounters different people going along," says Keane. "He starts in the west of Ireland where he is at a dead end. He is a puppeteer and musician but not fulfilling his talent. When he goes on his journey he is joined by his best friend Tom Tom (Eoin Geoghegan ) and they go to Glasgow. There he encounters a violent, avant garde group of circus performers and musicians known as Carnival Chaotica who are led by the Fear Buí (Ned Dennehy ), who is the overlord of this group. Finky joins up with them and falls in love with Fear Buí’s daughter, Neilí, played by Fiona Gygax. It’s a story about him and her and also Fink forgiving himself and finding redemption. Dara is amazing in it; it is a tour de force performance from him." 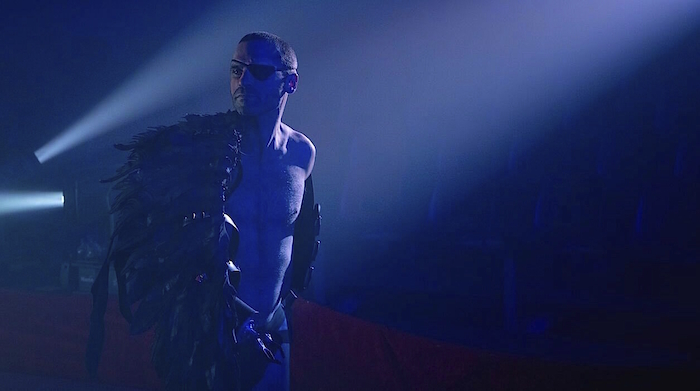 Much of the film was shot in Ballinasloe. “We did four weeks in Ballinasloe and a week in Glasgow,” Keane relates. “Even though most of the story is set in Glasgow, we used Ballinasloe for most of our interior shots. Ballinasloe played a pivotal role with this film. We had loads of extras from the area; we had a circus tent set up on the Fair Green. We stayed out there and shot scenes in various bars. We don’t say in the film that it’s Ballinasloe, just a town in the west but visually it was the right look and the right size for what we wanted which was to have that contrast between Finky in Ireland and Glasgow which is bigger and more urban.”

Keane also highlights the contribution of Steve Lynch who composed the score for Finky. “Because Finky is a musician, and is trying to finish a piece of music that his hanging over him, Steve came on board at an early stage to design and write music for the him, and also for the band in the film. The overall score is very varied; it ranges from classical to Prodigy-style nineties dance, which is what the band play. Steve also uses a 40-piece choir from Budapest and a full concert orchestra for the film finale so he pulled out all the stops.”

Given its strong Galway flavour, Keane is delighted Finky is receiving its premiere at the fleadh and he salutes his fellow collaborators on the project. “I don’t agree with this whole notion of the auteur," he says. "Film is a piece of work where people come together and make it as a group. I am really proud to see all the work people have put into the film. Finky is totally different to anything I have done before. It was also exciting making this Irish language film that is steeped in Galway, as most of our cast and crew are Galway-based, so we’re proud to be showing it here at the Fleadh."

Finky will be screened on Thursday July 11 at 6pm in the Town Hall Theatre, followed by a Q&A session with the cast and crew. For tickets see www.galwayfilmfleadh.com