SHEEP HAVE a bad reputation as the ultimate conformists. If one of them does something, they all have to do it. Woolly is different though. She dares to be adventurous, and after she gets shorn, she's determined to find out what happened to her wool.

This is Wooly's Quest, a new bilingual show, suitable for children at all levels of spoken Irish. It will be staged by Branar Téatar do Pháistí in the Town Hall Theatre later this month, and stars Jonathan Gunning, Miquel Barcelo, and Helen Gregg. It mixes storytelling, comedy, music, song, and puppetry. 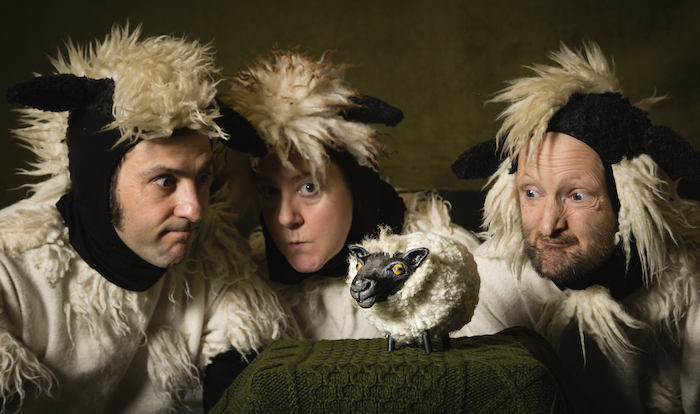 “Making this show was the most fun I have had in a rehearsal room," says the show's director Marc MacLochlainn. "That excitement and fun is translated onto the stage by Helen, Miquel, and Jonathan. They perform, they sing, they play instruments, they speak many languages - but most of all their love of performing for young audiences is palpable. Bainigí sult as!”